The Cold Springs Fire in Nederland 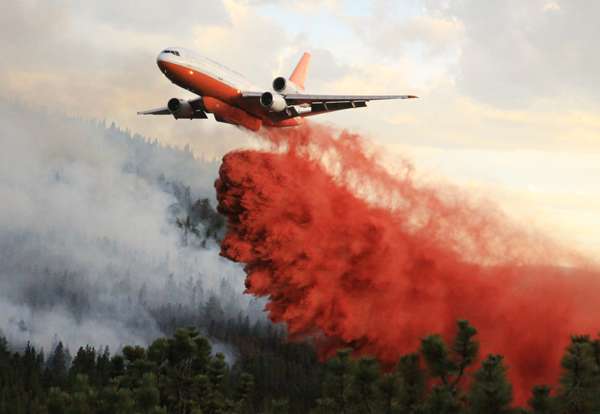 A close-up and personal viewpoint

I was working at my desk when the sun dimmed and the sky turned brown. My first thought that it was due to a solar eclipse, but stepping out onto my deck revealed the grim truth – Fire! Having been through the drill before, I foolishly continued the work I was doing for another fifteen minutes and then loading the bare essential into my car. My computer that contained all of my pictures and stories, camera, passport, credit cards, a couple of shirts, and my 19 year-old pet cat Comet.

Flames were already visible on the ridge to the south of Hummer Drive when I evacuated. Comet hates car rides, having only experienced a half dozen in her lifetime, and peed on my lap. She panted like an owl in the sun. I proceeded out to our new home for the next 34 hours parked on the shoulder of Sugarloaf Road. From there I had a direct view of my house as smoke and fire crept down the ridgeline and the hillside burned two miles to the east. My neighbor John who lives high on the mountain across the street from me, watched through binoculars as dark smoke billowed from behind his home. Expecting his house to erupt in a fiery inferno at any second, it appeared all was lost. His wife and a friend wrapped their arms around John anticipating the final blow. Amazingly his home is still standing. Friends and neighbors gazed intently at their abodes and their location in relation to the fire.

When the slurry bombers arrived at 6 p.m., it was an encouraging glimmer of hope. With the wind direction from the south, the flames had advanced rapidly. Laying down lines of orange slurry beyond the walls of flame slowed its progress. A big DC 10 plane did the most good with several passes. The skill of its pilot and others was astounding. As night fell the fire calmed, albeit making slight advances.

After only two hours of sleep, day two began. The fire was spreading by the time air support arrived at 10 a.m. The forest fire now pointed toward my home from the west, south, and east. Great clouds of smoke filled the air and spot fires threatened to connect different sections of the fire. Once again large and small slurry bombers worked the flames along with helicopter water bucket drops. Fire retardant lines had been established when the wind shifted to the north driving the fire southeastward. By 6 p.m. it looked as if my home would be spared and I headed down to Boulder to seek lodging. While it wasn’t my turn this time, I knew in my heart that others weren’t so lucky.

END_OF_DOCUMENT_TOKEN_TO_BE_REPLACED

Where the dead get to tell their story By Jaclyn Schrock On Saturday, August 21, the Gilpin Historical Society held their annual Cemetery Crawl. Tickets allowed the shuttle of hundreds of guests from the Teller House parking lot to the Cemetery. Depending on v... END_OF_DOCUMENT_TOKEN_TO_BE_REPLACED