Tailing tales of James K. Ramstetter from “Life in the Early Days” 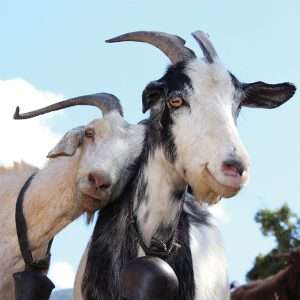 Permission to republish granted by Mary Ramstetter. This tale happened during the early 1920’s when I was about twelve years old. My mother sent off to the government printing office in Washington, D.C. for a publication about raising capon.

This publication had a very thorough article on the procedure of caponizing a young rooster of about six weeks. I read the pamphlet over and over—this was in the middle of winter, and it would be springtime before the folks would be buying some baby chicks from a hatchery near Golden.

Springtime soon arrived and the folks brought a batch of about 100 baby chicks home. They were supposed to be both roosters and hens. I patiently waited for six weeks to go by and a day when the folks would drive to town for a day’s shopping. I kept several young roosters penned up as it was necessary that they go without feed for two days before performing the caponizing operation. Finally, the day to go to town came—the folks left us kids behind with a long list of chores to do during the day. This was my chance—I had a pair of young roosters penned up.

I had a problem—no operating tools. Finally, I made out with the “E” string off my violin and some clothespins for surgical equipment. As far as the chicken was concerned, it was a major operation requiring a large incision between the last rib and the next rib. I got the job done on both young roosters and they survived. They did require some aftercare. According to the book, for a few days they would suck air in and swell up like a football. It then would be necessary to puncture the incision and let the air out occasionally. A couple of times my father noticed them and wondered what on earth was the matter with them. Finally, they grew beyond this condition, becoming much larger than the other chickens with very long wings and tail feathers; however, their combs remained small.

These birds drew the admiration of the whole neighborhood. Finally, after much bargaining, one of the neighbors agreed to take one for $10, as it was the most beautiful rooster he had ever seen. Neither of them knew it was a capon, or a “steer” chicken. I observed the whole transaction in silence; after all, it was my father’s chicken.

We soon learned that the goats were to be our playmates. This was the idea of the folks, however it turned out badly. The first unpleasant experience happened one day after our mother had finished doing the baking for the week, when she decided to hitch a horse up to the buggy and visit one of the neighbors about three miles away. The visit to the neighbor was enjoyable to us four kids, as we always enjoyed a buggy ride. When we returned home, things did not look right. The kitchen door was bashed in. We got the horse unhitched from the buggy and removed the harness and hurried to the house to see what the trouble was.

The door was bashed in, and in the kitchen were the two goats. Our mother had baked about a dozen loaves of bread which were now on the floor. The goats had eaten the center out of every loaf. Our father was furious when he returned home from working over at our grandfather’s ranch. He rebuilt the kitchen door and added some planking so the goats would not be able to butt the door down again.

The next experience with the goats ended in a disaster also. My twin brother and I had our birthday the day after Christmas, so the folks gave us a nice farm wagon to take care of both Christmas and birthday. The wagon was built exactly like a regular farm wagon. The folks had planned on harnessing the goats to the wagon so that we could drive the outfit around for fun. Unknown to us, our father had spent about two weeks before Christmas making a harness for the two goats. Come Christmas day, he hooked the goats to the wagon and was doing a pretty good job training them to pull it. He made several trips around the house without any trouble.

However, early that morning, our younger brother, Walter, was outside playing when one of the goats butted him down. This is a common trick of goats, if they happen to catch you off guard. Walter was mad at the goats and when our father made another turn around the house, Walter sicced the two dogs onto the goats. The goats, still harnessed to the wagon, immediately got away from our father as the dogs ran after them. They ended up on a rocky hillside, but the wagon had broken loose from them. My twin brother, Ralph, and our father went over and brought the broken wagon home. Our father managed to get it put back together, but we never tried to hook the goats to it again.

From Maggie: If you have any interesting stories about family or acquaintances who have lived or still live in Gilpin County or the surrounding areas, please contact me. You can reach me at 303-881-3321. Email me at Maggie@Maggiempublications.com, or mail me at P.O. Box 746495, Arvada, Colorado 80006-6495.

Be sure to check out my website for past columns at www.MaggieMPublications.com. The first two books in my Misadventures of the Cholua Brother’s series are available on my website, on Amazon.com, Lulu.com and BarnesandNoble.com for $12.99 ea. + shipping. They can also be purchased through the Gilpin Historical Museum and Mountain Menagerie in Central City.

END_OF_DOCUMENT_TOKEN_TO_BE_REPLACED

Where the dead get to tell their story By Jaclyn Schrock On Saturday, August 21, the Gilpin Historical Society held their annual Cemetery Crawl. Tickets allowed the shuttle of hundreds of guests from the Teller House parking lot to the Cemetery. Depending on v... END_OF_DOCUMENT_TOKEN_TO_BE_REPLACED