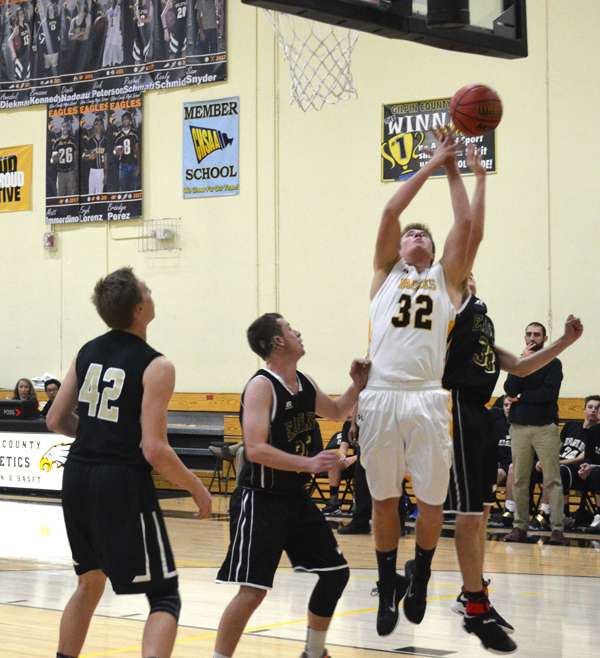 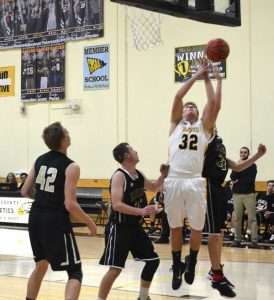 The Gilpin High School Eagles varsity basketball teams brought home losses after a tough week on the road. The boys’ and girls’ teams faced the Dawson School Mustangs of Lafayette on January 17 and the Heritage Christian Eagles of Fort Collins on January 20 in league battles. Dawson and Heritage both have multiple high scorers and winning records. Meanwhile, Gilpin has been trying to adjust to the higher 2A league classification and working on the valuable goals of teamwork, sportsmanship, hard work, and hopefully, having fun.

The Eagles performed best in the second and fourth quarters. In the second quarter, they scored only 1 point less than their rivals and actually came in with 2 points more than the Mustangs in the final quarter. Unfortunately, Gilpin was held to only 7 points in the first period and 3 in the third.

Gilpin’s Matthew Immordino and Will Lorenz scored in the double digits for the Eagles, with 16 and 12 points, respectively. The Mustangs’ top point-makers were Nick Timms with 25 and Gavyn Pure with 15.

Austin Boulter led the Eagles in rebounds, grabbing 6 offensive and 2 offensive; the team nabbed a total of 30 rebounds. The Eagles teammates had 6 assists and 6 steals. Nick Peterson had 4 blocks. Dawson managed 33 rebounds, 16 assists, and 16 steals.

In its contest with Heritage, the Eagles lost 53-44. Heritage’s record is 7-3 overall and 3-2 for league play.

A 9-point loss is not too bad a margin, especially considering the heroic effort made in the fourth quarter, when the Eagles fired up and shot 21 points. Alex Wilhelm showed his stuff with 17 points, including 4 three-point field goals, 2 two-pointers, and 1 free throw. Wilhelm also snatched 3 defensive rebounds and had 1 steal and 2 deflections.

Nick Peterson and Austin Boulter also shone in that game, with 11 and 10 points, respectively. Peterson was Gilpin’s rebounding leader with 3 offensive and 5 defensive. He also came in with 4 assists, 5 steals 2 blocks, and 1 deflection. Boulter and Chris Burtschi also had 3 deflections apiece.

Heritage had three outstanding players: Connor Salem with 15 points, Josh Samuelson with 12, and Isaiah Bowsher with 11. Their team achieved 40 rebounds.

The Gilpin Lady Eagles came away with an edge-of-the-seat 41-39 loss to the Dawson Mustangs. Gilpin’s squad was superior in the first half, outshooting Dawson 24-15. The Mustangs turned things around in the third period, though, scoring 18 points, while Gilpin managed only 7. This brought the score to 33-31 Dawson. The fourth quarter saw the fans up and cheering, as the teams tied with 8 points each and brought the game to its 41-39 close. Gilpin’s season record is 4-7, 1-3 in league tally. Dawson’s record is similar: 3-7 overall and 1-3 in conference play.

Katelyn Armstrong was Player of the Game for the Lady Eagles, netting 2 points and getting 2 offensive and 3 defensive rebounds, 2 assists, 2 steals, and 1 deflection.

Scoring leader for Gilpin was Jessica Wilhelm with 13 points, followed by Cicely Lepro with 10. Wilhelm and Keely Schmidt each swished in 1 free throw. Wilhelm was also tops in rebounds with 7 offensive and 3 defensive; the team grabbed a total of 33. Berkley Davis had 3 assists to lead in the team’s total of 12. There were 8 total steals and 10 deflections.

In the skirmish with Heritage Christian, the Gilpin girls went down 65-17. 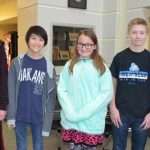