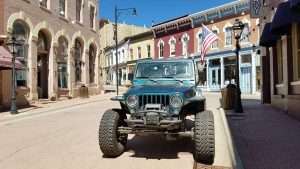 Council met with Staff for two work sessions prior to the regular meeting; one at 2:00 pm for their first budget meeting and another at 6:07 pm for a discussion on an Energy Action Plan (EAP). Representatives from the Brendle Group, Sarah Martin and Shelby Sommer, and from Xcel Energy, Channing Evans, addressed council on affordable energy and energy conservation while preserving the unique historic character of the community.

The Mayor called for a motion to approve the consent agenda which consisted of the minutes from the September 1 meeting and regular bill lists through September 3.

Alderwoman Laratta moved to approve the Consent Agenda and was seconded by Alderman Aiken and Alderwoman Johnson simultaneously. The motion passed unanimously.

Mayor Fey opened the floor to the public for anyone who wished to speak to a topic on the night’s agenda. One person chose to address Council.

Joe Behm, Executive Direction of the BID, commented on Ordinance 20-12 which was added to the agenda on Monday, September 14. The Ordinance amends the Municipal Code regarding special event permits and affects the noise ordinance and noticing of street closures. He warned that regarding the decibel issue, the City of Golden struggled with the same question. Enforcement is difficult when an accurate measurement is required. Officers would need additional equipment and training to measure levels. Behm used the Buffalo Rose which was known for loud concerts, as an example, saying it is hard to get accurate decibel readings. Behm also commented on the required noticing of special events to business owners that the Ordinance appears to require comments from business owners “after” a permit is approved, which seems backwards.

Council considered action on two resolutions, one ordinance, and one request to close Main Street for a special event.

Manager Miera introduced Resolution 20-33 which would extend the local declaration of emergency through Wednesday, October 7, 2020.

Alderwoman Laratta moved to approve Resolution 20-33 and was seconded by Alderman Aiken. The Resolution passed unanimously.

Director Rears introduced Ordinance 20-12 which would amend certain provisions of the Municipal Code regarding noise and special event permits.

Changes to the noise ordinance include mandating special event applicants to also request an allowance for an increase in allowable decibel levels and are subject to approval by the City Council.

Alderwoman Laratta moved to approve the first reading of Ordinance 20-12 and set the second hearing and public forum for Tuesday, November 3 “or later” and was seconded by Alderman Hidahl. The motion passed four to one with Mayor Fey voting against.

Director Hoover introduced Resolution 20-34 which would award a bid for a concrete flatwork project to AFAB Contracting and authorize the City Manager to execute the contract. The project will replace or install sidewalks along Spring Street and a short segment on Nevada Street in front of City Hall. The City received five bids for review and chose AFAB. Even though capital projects had been frozen for the year due to the economic impact of the pandemic, this project was deemed one of public safety and necessary to complete. Alderman Aiken stated that walking along Spring Street can be dangerous. Alderman Hidahl was conflicted because the Council is trying to save funds, but the project is necessary.

Alderwoman Laratta moved to approve Resolution 20-34 and was seconded by Alderwoman Johnson. The motion passed four to one with Alderman Hidahl voting against.

Council next entertained approval of a special event permit, the Plein Aire Art Event, which would temporarily close a section of Eureka Street in front of the Central City Opera House on Saturday September 26 and Sunday, September 27. Each closure would last about one hour.

Alderman Aiken commented that he is concerned by the timing of the closure, especially on Sunday (from 1:45pm to 3:00pm), and could foresee and huge line on Eureka Street waiting for it to reopen. The Sunday closure is for an Opera performance in the garden area and the Saturday closure is for the Quick Draw event in which increased foot traffic creates added safety issues.

Alderman Hidahl commented that he supports both events, but he doesn’t think “we can do this” and close the street that long on a weekend.

Alderwoman Laratta moved to deny the application and was seconded by Alderman Aiken. The motion passed unanimously.

Alderwoman Laratta commented that there are several dead pine trees on Nevada and on Pine Street that has her concerned. Director Hoover responded that Public Works is taking out dead trees in the City and has not gotten to that section yet.

Mayor Fey commented that free firewood is available to the public at the Boodle Mill Park every day on a first come, first serve basis.

Alderman Aiken commented that there are numerous vehicle crashes when coming down Nevada Street and perhaps lowering the speed limit to five miles per hour would reduce the number of accidents.

Mayor Fey opened the floor to the public for anyone who wished to speak to the council on any items not on the agenda. No one chose to address council.

Council entered Executive Session at 8:39 pm regarding water rights concerning an agreement to furnish augmentation water. The next regular Council Meeting will be Tuesday, October 6, 2020.

END_OF_DOCUMENT_TOKEN_TO_BE_REPLACED

Where the dead get to tell their story By Jaclyn Schrock On Saturday, August 21, the Gilpin Historical Society held their annual Cemetery Crawl. Tickets allowed the shuttle of hundreds of guests from the Teller House parking lot to the Cemetery. Depending on v... END_OF_DOCUMENT_TOKEN_TO_BE_REPLACED