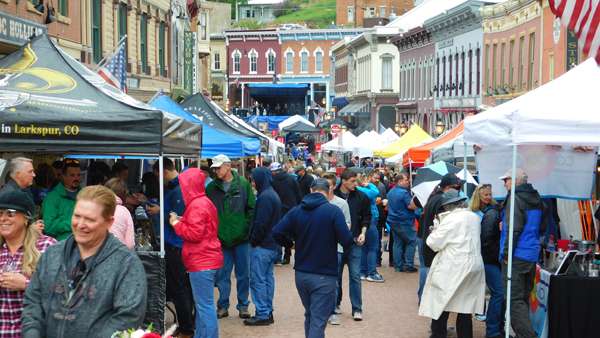 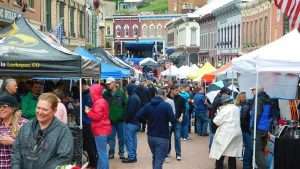 Pouring from the Bottle, Not the Skies

On the second day of this lovely Gilpin summer (just coming off a day of snow above nine-thousand feet), with temperatures in the forties and heavy rain forecasted for the afternoon, the filtered sun warmed the cobbles of Main Street as nineteen vendors of liquid spirits pitched their tents, setup their makeshift bars, and arranged their wares with loving care. This was the seventh-annual Stills in the Hills event for Central City which allows paying participants to have unlimited samples from local distilleries accompanied by live musicians, close friends, neighbors, and new friends. A large sound-stage decorated the north end of Main Street where Forever in Blue Jeans (A Neil Diamond Tribute Band) and The Rick Lewis Project played for all to listen and those who wanted to dance, while the Century Casino grilled up tasty burgers, brats, and dogs. A beautiful Model A Ford parked in front of Mountain Heart Gallery represented the Model A Ford Club of Colorado, while Dostal Alley and JKQ BBQ held “food court” in front of Dostal Alley with Joe Tinucci’s smoker in full gear. The imaginary event doors swung open for VIP ticket holders a couple minutes before noon and the day began with the smell of rain-washed streets and a hint of barbecue smoke in the crisp mountain air.

Each distiller had representatives under their tents; often the owners themselves, to carefully pour spirits into specially designed sample glasses shaped like canning jars with a tiny handle you can fit your pinky through. As you walk up to a vendor, they quickly assess whether you are there to learn about their product or just there to drink, but if you ask them a question, they are likely to keep you another five or ten minutes as they excitedly describe not just their product, but how it was made, the history of their distillery, and the opening of new tasting rooms. Several vendors, like 291 Distillery, brought props to show their process; casks, charred aspen-wood stakes (the soot under my nose from smelling them can attest to them being the real thing), and the grains that makeup the mash.

Art of the Spirits featured the artwork of Danial James who designs their labels and their bottles were displayed on the artful and functional creations of Richard Paul. On the south end of Main Street was a fenced off area with a large tent and tables for VIP ticket holders where bartender Lauren Kowalski from Mile Hi Spirits mixed up specialized cocktails from all the vendors, and JKQ BBQ distributed skewered steak, smoked jalapeño poppers, cold-cut sandwiches, and other goodies. The VIP’s were regaled by the Jimmy Lewis Band covering classic rock and country tunes, accompanied by the rhythmic bass thump from the featured band on the north end.

As the clocked ticked to 2:00 pm, the sky clouded over and drops began to fall, causing attendees to scurry under the tents of the vendors in intimate huddles, while the Business Improvement District team handed out rain ponchos. The rain only lasted a few minutes though, and the huddled masses broke out into the street once more, heading to the next or favorite distiller. Stills in the Hills is very much a social event as evidenced by people sipping samples, discussing the weather, the afternotes of their sample, the weather, the beautiful historic buildings, and the weather. Gilpin residents ran into neighbors and friends, taking time to and catch up with their lives, and visitors reminisced about other alcohol-related events they attended.

Roy Varela of Heritage West Realty enthusiastically recommends the whiskey from Art of the Spirits, “The taste is very good,” and Joe Tinucci says the Apple Pie cocktail from 3 Hundred Distillers was “The best I’ve ever had.” Many women attending the Stills event commented that their favorite was Smokin’ Mint whiskey. Glenda Foelsch is a second-year attendee and returns “For the camaraderie,” and “as an excuse to have my daughter visit.” Jack and Janet Sigman, first-year attendees, are thrilled to be there after winning a silent auction for the Lookout Mountain Fire Department. “We never knew this event existed,” said Janet. “The organizers of this event (the Central City Business Improvement District) donated tickets to the auction and the Grand Z Casino and Hotel donated rooms.” Janet discovered her new favorite spirit from Golden Moon Distillery; the Crème de Violette.

–Art of the Spirits Whiskey

–Mile High Spirits (shout out to Adam Taylor from Mile High who was willing to sell me a bottle at a reduced price due to the cash I had on hand – you rock Adam!)

The gentle rains turned off and on the rest of the afternoon dampening clothes, but not the spirits of the event and never turned into the torrential downpours predicted by meteorologists. As the afternoon wore on, the smells evolved to add whiskey, gin, cigar, and cigarette tobacco into the mix, and the day ended much like it begun with the sun peeking out to remind us that this truly is the summer.

Summer in Central City brings several awesome events. The next non-street event is this Sunday, June 30 at the Hidee Mine where they have a Salute to John Gregory. The City takes July off and holds their next big event on August 10th with The Night of Good Fortune hosted by Famous Bonanza and Easy Street casinos. Following that is the much anticipated Hot Rod Hill Climb on September 13-15, a family-friendly throwback to the 1950s with cool hot rods featured. 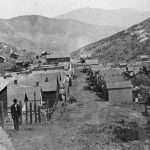 Nevada City in the 1860’s
Next Article 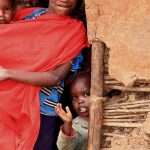 Visiting a Maasai village in Kenya
Leave a comment