State of Emergency in Central City continues to May 6 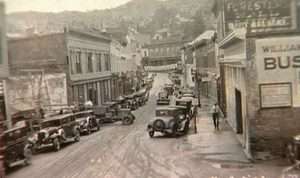 Governor To Lift “Stay at Home” Order on April 26

Mayor Fey led the Pledge of Allegiance (sharing a still picture of an American flag). “What a wonderful chorus!” commented the Mayor. The Mayor then informed council that they needed to add an executive session immediately following his announcement.

Council then moved to enter Executive Session regarding a legal case.

Mayor Fey reconvened the regular meeting at 3:20 pm announcing that the executive session has been partially concluded and will be completed at the end of the meeting.

The Mayor called for a motion to approve the consent agenda which consisted of the minutes from the April 2 meeting and regular bill lists through April 7. Alderwoman Laratta moved to approve the Consent Agenda and was seconded by Alderman Aiken. The motion passed unanimously.

Manager Miera reviewed Ordinance 20-08 which would declare an emergency and establish rules for calling and holding emergency meetings of the City Council. This establishes an amendment extending the declaration of emergency to May 6, 2020.

Mayor Fey opened the public forum and no one chose to address council.

Alderwoman Laratta moved to approve the second reading of Ordinance 20-04 and was seconded by Alderman Aiken. The Ordinance passed unanimously.

Manager Miera introduced Resolution 20-15 which would extend the local emergency disaster declaration through May 6. Miera commented that the Governor announced he was lifting the stay at home order on April 26 allowing for certain activities to begin again. While this Resolution is in effect, there are additional resources available for the City to continue operations.

Manager Miera reported on three items during the updates: city fees, development incentives, and gave an update on the City’s budget.

Council debated whether to waive device fees rather than defer them, but concluded they needed more information and input from the casinos. Other municipalities have chosen to waive some or all device fees. Alderman Hidahl suggested they can waive fees which do not have a purpose during the pandemic, such as the transportation fee that funds the shuttle service.

Mayor Fey encouraged Council and Staff to schedule a meeting with local businesses to talk about incentives and other items that may be helpful and available for the City to provide.

Manager Miera provided Council with an amended budget showing changes to projected revenues during the pandemic. Alderwoman Laratta stated, “I’ve read these financials last week and I haven’t slept.” She added, “I believe there is a light at the end of the tunnel, but I believe we should take baby steps.”

Joe from Rocky Mountain Organics addressed council saying, “The MMJ (medical marijuana) businesses get no incentives or help from the federal government,” and asked the City what kind of help they can expect? Mayor Fey responded that while most of the conversation is casino-centric, they are valuable, and the dispensaries are invited to a seat at the meeting with local businesses next week.

Dana Laratta, Marketing Manager at Century Casino then addressed Council saying, “We are all in this together and Central City stands in contrast to other towns with its decisions. The goal is a return to a successful, prosperous industry and it’s going to be about relationships when everyone’s bottom line is going to be in the negative.”

Council reconvened the Executive Session at 5:03 pm. The next regular Council Meeting will be Tuesday, May 5, 2020.

END_OF_DOCUMENT_TOKEN_TO_BE_REPLACED

Benefitting the county, schools, and much more By Don Ireland   This year marks the 30th anniversary of casinos opening in the former little mining towns of Black Hawk, Central City and Cripple Creek, Colorado. In those early years, smoking was allowed inside ... END_OF_DOCUMENT_TOKEN_TO_BE_REPLACED