On November 6, the Gilpin County Community Center was the site of an event that may shape the future sport shooting on federally owned property in Gilpin County. The Northern Front Range Recreational Sport Shooting Management Partnership (RSSMP) hosted the event that was attended by about 60 Gilpin Citizens, County Commissioners, and members of the Sheriff’s Department. All in attendance are concerned with the increased shooting activity on nearby Forest Service System property.

The purpose of the RSSMP is to develop a landscape level, multijurisdictional strategy to provide safe and responsible and accessible recreational sport shooting opportunities while addressing conflicts near residential areas and with other recreational users across the northern Colorado Front Range.

Attendees viewed maps of the four proposed action plans that will manage sport shooting in the Boulder and Clear Creek Ranger Districts. Currently there are no restrictions in regards to sport shooting. These restrictions will not be applied to lawful hunting activities.

Four alternatives plans were presented that offer four widely differing solutions and concerned citizens were invited to submit comments on each of the different plans. Attendees were familiarized with two terms used to describe the type of shooting to be discussed at the meeting.

Dispersed Target Shooting is when sport shooters use an uncontrolled open area hopefully with a suitable backstop using a wide variety of targets.

Designated Target Shooting is defined as target shooting in designated lanes with known distances and a suitable backstop or berm.

Alternative One proposed action plan will develop criteria using four guiding factors to determine what lands are suitable or not suitable for shooting. 1) Distance from residences, structures, or high recreation use. 2) Density of residences. 3) Enforceability of violations. 4) Current shooting use in the area and associated conflicts. In general a half-mile buffer is to be used around areas proposed as unsuitable.

Alternative Two featured “Focus Closures” in which the Forest Service will consider only areas unsuitable for dispersed shooting based on 1) current conflicts in a shooting area 2) existing emergency closures of an area where shooting occurs. In general a quarter-mile buffer is used around areas designated as unsuitable. For the most part there will be very little changes restricting sport shooting.

Alternative Three will be developed in cooperation with the Northern Front Range Recreational Sport Shooting Management Partnership and will take into consideration local factors. 1) Residential housing density. 2) High use recreation areas on Forest Service and county lands. 3) Existing conflicts between sport shooting activities and other uses on Forest Service and County land. This alternative relies on the professional judgement of the Partnership members to identify area that are designated as suitable or unsuitable.

Alternative Four is the most strict in that there will be no Dispersed Shooting in the Arapahoe and Roosevelt National Forests.

Sheriff Hartman raised the question about how will Gilpin County enforce these federally mandated regulations? Meeting moderator, Sport Shooting Partnership Project Coordinator Garry Sanfacon, replied “These issues have yet to be addressed and they need to be solved before this plan is implemented.” Sanfacon also asked, “Who in the room shoots?” About half of the folks raised their hands. “Talk to your neighbors, find out their point of view.” This question sparked conversation among the attendees that carried on through to the 8:00 pm close of the meeting

Gilpin County Commissioners Watson, Isenhart, and Engels all agreed that none of these proposed plans should be initiated until Gilpin County has a designated shooting range.

The Northern Front Range Recreational Sport Shooting Management Partnership Project along with The US Forest Service, Colorado Parks and Wildlife, The Gilpin County Sherriff’s Department and others are working toward a solution that both non-shooters and sport shooters will be happy with. For more information visit:  www.SportShootingPartners.org. To see the meeting on Facebook go to:  www.facebook.com/SportShootingPartners. 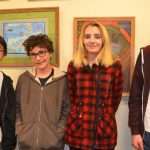 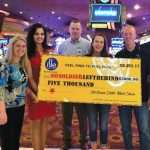