For years elected officials have provided a disservice to the residents of the south portion of Gilpin County. Property owners have not been part of any fire district nor have they paid for any fire protection. With insurance companies moving to reduce their risk, these properties are under more scrutiny than ever. Citizens cry out to their local officials for help in resolving this issue, but government moves slow and a solution is at best, a year or two away. Central City Fire Department has informally provided coverage in these areas, free of charge, but the insurance industry doesn’t recognize this as a viable solution.

Recently Gilpin County Commissioners have been receiving complaints from property owners whose insurances policies have been cancelled, home sales have been terminated, and insurance premiums have gone up significantly. The Commissioners reached out to the three fire departments within the county for a solution. Black Hawk and Central City Fire departments are municipal departments and by law they are not allowed to include any properties outside the city limits. Timberline Fire is currently the only agency that is not bound by any municipal restrictions.

Due to the astronomical costs to include this large portion of land, Timberline cannot solve this issue alone. In addition, Timberline has to focus on 700 properties within their own district boundaries that are unprotected due to a technical glitch that occurred when High Country and Colorado Sierra merged. Letters will be sent out soon advising those property owners of their current situation and an inclusion election is scheduled to be held early 2017. Even with a viable infrastructure in place, a solution to this issue is a year out. What will it take in the case of the South District where the infrastructure is minimal at best?

Gilpin County Commissioners and Timberline Fire held a workshop meeting on October 24 at the Gilpin County Courthouse. Chief levy presented a map of Gilpin County, clearly marking the Timberline District and the “No Man’s Land Area” or also known as the “South District.” “Insurance issues are currently the biggest problem homeowner must face in the South District,” Levy stated. Holding an election for inclusion in the South District may be somewhat of a challenge. Homeowners are reluctant to vote for a mil levy increase in property taxes and several properties are mining claims with no improvements, those owners don’t really require any emergency services, so they are especially reluctant to vote for an increase of property taxes. County Manager Roger Baker asked, “What would the Timberline Board need from the County Commissioners prior to their adopting of the resolution?” Levy responded, “Commitment of funds from the commissioners and a discussion with Central City Fire.”

On November 15th the Commissioners held another workshop with just the commissioners. Commissioner Isenhart led the discussion by recapping the progress so far referring to the October 24th meeting. County Attorney Jim Petrock stated that there are numerous alternatives, but the most likely one to succeed is to work through Timberline Fire Protection District because the structure is already there. The best solution according to Petrock is to combine Timberline and Central City to form a Fire Authority. He was not familiar with Timberline’s capabilities in the county, but the need for Central City involvement in this South District is a must due to the location and capacity of their (Central City’s) Facilities. Forming a Fire Authority will have a big impact on the property taxes in this area and historically, there has been opposition to increasing taxes. Property taxes will increase substantially because there is no fire protection fee associated with the taxes in this area. Recently a statute has been enacted for Fire districts to impose an Impact fee for new developments. Commissioner Schmaltz asked, “Don’t these Impact fees pertain mainly to commercial projects, a shopping center, or other capital projects.” Petrock replied, “It could work for new residential developments theoretically, but they are mainly assessed to new capital commercial projects.” The meeting continued discussing several options all of which will cost a substantial amount of money. Attorney Petrock also brought another interesting point. “Usually forming a Fire Authority is a merger of two or more smaller fire departments.” This is forming a Fire Authority where historically there was none which bring up a whole new set of challenges.

At the November 16th Timberline Board of Directors meeting, Chief Levy made it clear that Timberline has no interest in rapidly expanding the district. He stated that the County Commissioners approached him for a solution and not the other way around. If all goes well, it will soon be up to the eligible voters to improve their situation, if they opt out, they may be required to pay for each call which can be quite expensive depending on the nature of the call, time out of district and the resources involved. Chief Levy added, “It is not fair to our volunteers and our district folks to respond to a call outside of our district to a residence that doesn’t contribute to the common good of the district. All in all, it is the cheapest insurance we hope you’ll never have to use.”

There have been a few property owners in the South District that have, in the past, filed an application for inclusion in the Timberline fire protection district. Those applications were eventually approved, but not without some serious discussion. Response time, level of service, and property fuel loads/mitigation were all factors that were taken into consideration before the inclusion was approved.

Forming a South Fire District will involve a substantial amount of work and funds. There is the election, which will cost $20,000-$70,000. The building of the infrastructure in the form of firehouses, trucks, personal protective gear, and water supplies, costs one to two million dollars. Residents are going to have to volunteer, and volunteers have to be trained, which cost several thousand dollars every year. This is a worst case scenario. Costs may be reduced with intergovernmental and residential cooperation, donations, grants and establishing a fire district in a timely manner. After all, these costs are assured to increase as time passes. Again, the biggest question is, what level of service do these property owners want? Do they want a truck in a garage that is simply a relay station or do they want a fully staffed 24/7 station with a new unit that has all the bells and whistles?  This needs to be established early in the inclusion process. In addition, firetrucks are not going down in price and as the requirements from National Fire Protection Association (NFPA) become more stringent, older equipment is being phased out and can no longer be in service.

It remains a serious concern not only to the property owners directly affected, but also to those who are currently part of an established fire district. County officials and residents have kicked this can down the road long enough and it’s better to solve this issue sooner rather than later. Voice your concerns, get involved, and commit to volunteering. You and your insurance carrier will be glad you did. 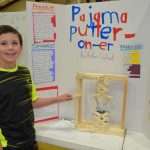 “STEM” – it’s not just part of a plant!
Leave a comment