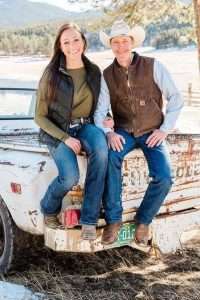 It is with great sadness that we announce the passing of Shelby Nicole Nation Allen. Shelby was born on February 7, 1993 in Atlanta GA and passed away on December 11, 2020 at the age of 27 in her hometown of Central City, CO. She attended Nederland High School. Shelby was a graduate of the University of Colorado where she obtained a Bachelor’s Degree in Integrated Physiology. Shelby worked several jobs after college: physical therapist, volleyball coach, 911 operator, victims advocate, and volunteer fire fighter. Shelby loved to help people and each of these jobs allowed her to do that in one capacity or another. At the time of her death, she worked for C&L Water Solutions Inc. as a Site Foreman.

Memorial services have already been held.

END_OF_DOCUMENT_TOKEN_TO_BE_REPLACED

Benefitting the county, schools, and much more By Don Ireland   This year marks the 30th anniversary of casinos opening in the former little mining towns of Black Hawk, Central City and Cripple Creek, Colorado. In those early years, smoking was allowed inside ... END_OF_DOCUMENT_TOKEN_TO_BE_REPLACED

Where the dead get to tell their story By Jaclyn Schrock On Saturday, August 21, the Gilpin Historical Society held their annual Cemetery Crawl. Tickets allowed the shuttle of hundreds of guests from the Teller House parking lot to the Cemetery. Depending on v... END_OF_DOCUMENT_TOKEN_TO_BE_REPLACED