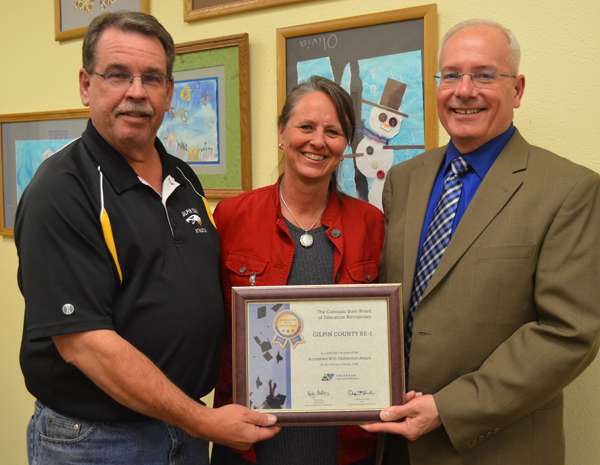 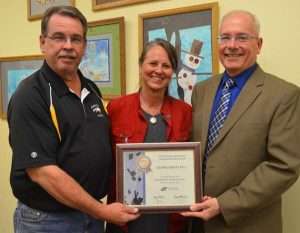 The Gilpin County Board of Education held its regular meeting on Tuesday, March 20, at 7:00 p.m.

Lewis and Dianna Wagner were recognized by the Board for determining to provide a crosswalk on Highway 119 by the Missouri Lakes subdivision. The Wagners had witnessed a car almost hit a student who was crossing the highway by the school some time ago. That incident prompted them to make sure that a safe crossing was provided for students. Accordingly, they sought assistance from the Gilpin County Commissioners, the Gilpin County Sheriff’s Office, and the Colorado Department of Public Transportation.

A Board resolution stated that the Wagners successfully achieved the installation of crosswalk signs with strobe lights to alert drivers that students are crossing Highway 119, contributing to a safe route for students.

The Board said the Wagners’ community leadership “has made a profound difference in the life of Gilpin County students, staff, parents, and all Gilpin County community members.”

Board President Holmes presented Elementary Principal Huntoon with three awards for 2016-17 from the Colorado Department of Education. The first two were the Governor’s Distinguished Improvement Award and the John Irwin School of Excellence Award, which recognize accomplishments attributed to student achievement and academic growth. Of 1,854 schools in Colorado, Gilpin Elementary was one of 178 schools to earn the John Irwin Award and one of 124 to be recognized with the Governor’s Distinguished Improvement Award.

High school senior Connor Smith was recognized as February artist of the month for his anatomical still life. The art students in his class had obtained bones and skulls from the supplies of science teacher Ralph Campbell for their work. Connor drew a geometrical background to enhance his still life.

Anna Thomason, a sixth grade artist for the month of March, displayed her “abstract animal” piece, to which she applied multiple layers of paint in contrasting colors.

Elementary teacher Kellie Bayne introduced her second and third grade students, noting that Huntoon had challenged the classes to do student-led conferences with their parents to show their progress in reading and math. The youngsters demonstrated their technique to the Board members using a Google slide show on their Chromebooks.

High school science student Blaizun Diamond presented a slide show of an experiment that he and classmates had done on cellular respiration. He explained that cellular respiration is the process of oxidizing food molecules, like glucose, to carbon dioxide and water. Energy is created but is trapped in the form of ATP (adenosine triphosphate) for use by all the energy-consuming activities of the cell.

The students wanted to know how much oxygen was produced, but the issue was that plant cells photosynthesize and use oxygen. They hypothesized that both mung beans and Alaskan peas would respirate at higher rates in warmer water despite difference in germination amount. They also hypothesized that the amount of germination within both mung beans and Alaskan peas would have a direct positive relationship with the respiration rate.

They initially germinated the peas and beans for a week, submerging each vial in their respective baths for 20 minutes. The students did as much as possible to counteract photosynthesis by removing as much light as possible from the environment.

Results showed that the dried peas and beans at room temperature did better than those subjected to an ice bath, so warmer temperature has a positive effect in cellular respiration, Blaizun suggested.

He and his classmates concluded by applying their results to cellular respiration in the real world. He said mammals would do better than reptiles, because they are warm blooded.

The Board accepted financial statements and check vouchers as submitted. General fund revenue for February was $167,271; expenditures were $420,392.

Business Manager Terry Scharg reported in a memo that PERA (Public Employees Retirement Association) reform legislation was introduced March 8. PERA recommends an increase of 3% for current members and retirees effective January 1, 2020, while Senate Bill 18-200 proposes a 3% increase be phased in starting July 2018. The same is true for a 2% increase in employer contribution rates. PERA also recommends a five-year highest average salary (five consecutive years in which a public employees’ salary was the greatest), and the Senate bill recommends a seven-year highest average salary.

Board member Boulter attended the Colorado Association of School Boards (CASB) conference in Denver on March 1-2. He reported on two main areas.

“The biggest issue was PERA,” he said. “I think there will be contributions from the state, the employers, and the employees. All will have to put in a little bit more. The highest average salary will probably move from three years to five or six.”

“They are funded at 44 cents on the dollar, and that’s how big their liability is,” Holmes said. “It’s a good thing they are actively addressing it.”

Boulter also saw that each speaker was from a large district. He said, “We are fortunate to be part of a small district. In larger districts, all the elementary schools have to compete with each other for funding. Those districts have to deal with so much more, there are issues their boards deal with and battles they face.”

He also said other small districts don’t have Gilpin’s casino funding and quality of life.

The Board approved the employment contract renewal for Elementary Principal Huntoon and for Secondary Principal Donaldson for July 1, 2018 to June 30, 2019.

Tri-mathalon competition for grades three through five will be on March 21.

At parent-teacher conferences, students were to present their learning to parents, discussing their goals, academic performance, and behavior.

State testing will be April 10-19. PTA will provide three hot breakfasts during that time, and the local casinos will contribute food.

The preschool was upgraded to a level 2 quality rating, according to Colorado Shines, which means the preschool teachers and assistants have each completed 15 hours of necessary training. They will be trying to move to level 3.

Secondary teachers reviewed their goals from instructional rounds, discussed the implementation of their goals, and received feedback from their peers. They also reviewed STAR data and PARCC and SAT/PSAT practice data so they could decide on their teaching priorities in the next few weeks.

The foreign travel group is getting ready for a trip to Italy over spring break.

The drama program is preparing for their performance of Midsummer Night’s Dream.

Snowdodgers are gearing up for their last trips of the season and are hoping for some snow.

Prompted by the Florida school shooting on February 14, Gilpin has changed its protocol, MacKenzie said.

“We will not automatically respond to fire drills any more. If we are in lockout or lockdown and the fire alarm sounds, we will not respond until we determine what the issue is.”

Building security has the ability to determine the location of an alarm box that may have been pulled. MacKenzie said the school building has sprinklers and smoke alarms, and with those requirements met, it doesn’t need pull boxes, so those might be removed.

“Lockout protocol is always in place. Now, the building is locked at 8:30 a.m. and opened at 3:30 p.m.” Beginning Monday, April 2, lockout will be maintained from 8:00-4:00 and people will be admitted in the front door as a central security checkpoint.

MacKenzie is applying for a BEST grant to help fund more security, but said the district has enough even if the grant is not received.

A student walkout took place on March 14. A few adults monitored the walkout to make sure everyone was safe.

“Any time we are out of our normal structure, safety is a concern,” MacKenzie advised.

He addressed cleaning during flu season, saying the custodians disinfect every night, and a deep cleaning is scheduled for spring break.

“Nevertheless, the flu virus is airborne, and with 400 kids in close proximity, some will still get sick,” he said.

The food service was audited by the Colorado Department of Education, which is done every three years. The CDE reviewer gave seven commendations to Food Service Director Jane Yerkman, saying everything was well in compliance with state standards, meals were getting better all the time, and there was very little waste. The only thing of concern was that the school must justify whenever it buys food from other countries. MacKenzie noted that their suppliers get some food from other countries, and the supplier is also required to justify that.

Administration is recommending a small vehicle purchase to replace the Suzuki for 2018-19. The Suzuki holds one driver and four passengers and has high mileage. 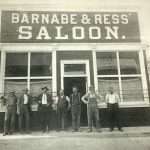 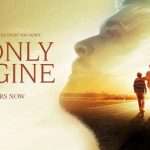