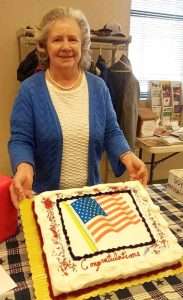 The long road from Poland to fulfill a dream

Aleksandra (Sandra) Zapala was raised in Poland, one of six children. She married her husband who was a coal miner in the late 60’s. Mr. Zapala’s brother had come to work in America, so was able to join him in 1977. Sandra was left with her family in Poland until she was able to join her husband.      Mr. Zapala was working at the Redstone Coal Mine between Glenwood Springs and Aspen. Originally, he had planned to bring his wife, Sandra, 11 year old son, and 8 year old daughter to America on April 25, 1981. However, he needed to move up the day off from work to April 15th to pick them up in Denver. That change in schedule saved his life and allowed his family to stay in America.

April 15, 1981, Mr.  Zapala’s normal shift was working 7,200 feet into the sloping tunnel when a methane gas vault was opened causing a massive explosion that killed 15 of his coworkers. Missing that shift to pick up his family freshly arrived in Denver from Poland, his life was spared, miraculously.

He then took his family to Glenwood Springs to settle, having been laid off from the Redstone Mine that closed because of the dangers from so much deadly gas.

Mr. Zapala was able to work for Greyhound bus lines until two weeks before he passed of cancer in June 2004. His family was able to stay in America. Now, living in Colorado, working with a green card, they enjoying the better life they had dreamed of while living with struggles in Poland.

Sandra moved from Glenwood Springs to Arvada when she was widowed. Working in nursing care facilities being a care giver for seniors of all nationalities, she met many wonderful people. When she was no longer employed, she sold her house. She moved to the Central City housing because it was much more affordable than in the metropolitan area.

She was quite successful growing summer vegetables in the Gilpin Community Garden, being a part of the Senior Program. She also helped care for many Gilpin seniors, as she still does.

Many people would say working with her green card was all she needed, although, traveling with a green card proved to be challenging. She was able to get into Poland easily enough to visit family, but it was much more difficult to get back out. Her last visit to see her sister, now 74 years old, was in 1994.

With her husband passed away, and one of her children also now a US citizen, some friends encouraged Sandra to seek her own US citizenship. She had fears of being deported and returned to the struggles in Poland. Mary Ellen of Gilpin Human Services helped her with the application for US citizenship.

US citizenship is a very complicated application, even with Sandra’s English as a second language experience. An immigrations lawyer who provided services on a scale according to income accepted payments for legal services according to her fixed income.

She has been full-time care giver for one our most cherished seniors, Doc Donald Bennallack. His notorious story was sung, by the Peak to Peak Chorale a few years back, with him singing along and acting out the tales. A week after Sandra had completed her US Citizenship application, the Bennallack home was broken into and many precious items were stolen, including all identification documents. Living as full-time care giver for Doc, her green card was also lost. Fortunately, her new ID was given as a US Citizen.

April 15, 2020 will be Sandra’s 39 year anniversary of living in America. This year she will celebrate no longer being here as an alien or foreigner, but as a United States citizen. She is so very happy to have been able to achieve this US citizenship with the help of others. Sandra is glad to have been able to work so hard to help her part of America be cared for. We are all so happy to for her many contributions to lives here, so welcome her to full legal US citizenship.

Gilpin Seniors welcomed Sandra Zapala’s new legal status as a US citizen at lunch with special cake in the Community Center, Friday, January 10, 2020, shortly after receiving her documentations from the courthouse.

END_OF_DOCUMENT_TOKEN_TO_BE_REPLACED

Where the dead get to tell their story By Jaclyn Schrock On Saturday, August 21, the Gilpin Historical Society held their annual Cemetery Crawl. Tickets allowed the shuttle of hundreds of guests from the Teller House parking lot to the Cemetery. Depending on v... END_OF_DOCUMENT_TOKEN_TO_BE_REPLACED