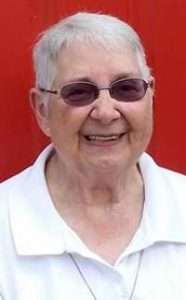 Long time Gilpin resident Sally Walsh passed away on January 4th, 2021 after a lengthy battle with cancer. Sally grew up in Whitman, West Virginia. Her first nine years of childhood growing up in the Great Depression as well as World War II certainly must have been a challenge. She graduated from High School and moved to Chicago where she met and married Bob. She and her husband Bob first purchased land in Gilpin County in 1976 and starting building their home. Bob was a member first of Colorado Sierra, later to become Timberline Fire Protection District, and was honored with the naming of Station No. 6 as the “Robert D. Walsh Station.” Sally always expressed pride in the fact that Bob was so active in the fire service.

Sally was gracious, friendly, and loved spending time with friends playing bingo, cards, and reading. She enjoyed eating out with Bob as well as watching television shows Perry Mason and Hill Street Blues. Mexican food was always her favorite. She and friends would always stop at Taco Bell on their way to play bingo.

The next time that you hear “Raindrops keep falling on my head” – think of Sally. That was her favorite song. She and Bob had two Sons, Stephan, and Kevin, as well as three grandchildren, Shayeton, Delaney, and Quintin. Sally will be missed by those who knew her. Timberline Fire Protection District would like to send our thoughts and express our condolences to the Walsh family.