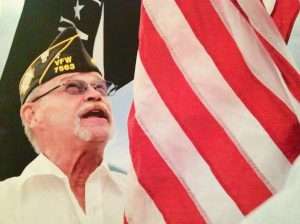 Roy Dowell Blake was born at St. Anthony’s Hospital in Denver, Colorado to Dowell and Nancy Blake. He was raised in Black Hawk, Colorado and went to school in Idaho Spring where he graduated from high school in 1974.He moved to Alaska after high school where he worked in various trades over the years. It was there that he enlisted in the US Navy to serve his country and give his life direction. He finished boot camp as top recruit at the age of 34, winning the iron man award. He was a talented welder and woodworker, which brought him recognition from his commanding officers and fellow servicemen. He served stateside and overseas throughout his illustrious 20-year military career. It was in the Navy that he met his former wife. They lived in Virginia and North Carolina, but their lives went on different paths after 15 years. In 2011 Roy retired from the Navy and returned to his childhood home of Black Hawk.  He was extremely delighted to buy a home that had been in the Blake family for years.

All his life he struggled to love himself, but that never kept him from loving others. He was giving, selfless, kind, and loved by many and now dearly missed. He loved God and was involved in a church no matter where he called home over the years. He loved his three dogs like they were his kids. He is survived by his younger brother John Blake and his wife Cherokee Blake and their family, his older sister Becky Newlon and her husband David Newlon, and his nieces Christy Elliott and Jamie Newlon. He also had a large extended family and a myriad of friends. Roy, you will be in our hearts always.

END_OF_DOCUMENT_TOKEN_TO_BE_REPLACED

Benefitting the county, schools, and much more By Don Ireland   This year marks the 30th anniversary of casinos opening in the former little mining towns of Black Hawk, Central City and Cripple Creek, Colorado. In those early years, smoking was allowed inside ... END_OF_DOCUMENT_TOKEN_TO_BE_REPLACED

Where the dead get to tell their story By Jaclyn Schrock On Saturday, August 21, the Gilpin Historical Society held their annual Cemetery Crawl. Tickets allowed the shuttle of hundreds of guests from the Teller House parking lot to the Cemetery. Depending on v... END_OF_DOCUMENT_TOKEN_TO_BE_REPLACED