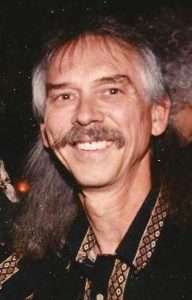 Born on January 10, 1947 in El Dorado, Kansas, Ronald was the son of Donald and Eleanor King. In December of 1958 the King family, consisting of the parents and five boys and of which Ron was the second oldest, moved from Marion, KS to Longmont, CO where Ron attended public school. Upon graduating from Longmont High School in 1965, Ron went to work with his father at Beach Aircraft, Aerospace Division in Boulder, CO. Ronald was drafted into the U.S. Army in March of 1966 where he served a tour of duty in Vietnam and was discharged in March of 1968. While in Vietnam, Ron was contaminated with agent orange herbicide which caused various health problems that he was forced to deal with later in his life.

On November 19, 1976 Ronald and Lynetta “Mickie” Archer were married. In 1978 they moved to Gilpin County, the location of their first and current home. He commuted from Gilpin County to Rocky Flats in Boulder where he worked for 27 years. After retiring from Rocky Flats in 1997, Ron and Mickie moved to Phoenix, AZ where they bought a second home. Ron went to the Harley Davidson school and became a certified Harley mechanic.

Ron was passionate about his two favorite hobbies, motorcycles and playing pool. In 2005 Ron and his brother David opened a motorcycle shop specializing in custom Harley Davidson bikes. They were forced to close the shop in 2009 when Ron became too ill to continue working. As a teenager and to his father’s chagrin, Ron accompanied his older brother Gary to the local pool hall in Longmont where he found that he had a talent for shooting pool. He became a well-known player in the greater Denver area pool leagues and was an AAA ranked amateur. He also competed in numerous national and international pool tournaments in Las Vegas and Reno Nevada from 1988 through 1999.

Ronald’s body was cremated at the Neptune Society in Denver. There will be memorial celebration for friends and family on May 6 in Westminster, and another on May 13 in Sharon Springs, Kansas. For more information please email geking1521@yahoo.com.

END_OF_DOCUMENT_TOKEN_TO_BE_REPLACED

Where the dead get to tell their story By Jaclyn Schrock On Saturday, August 21, the Gilpin Historical Society held their annual Cemetery Crawl. Tickets allowed the shuttle of hundreds of guests from the Teller House parking lot to the Cemetery. Depending on v... END_OF_DOCUMENT_TOKEN_TO_BE_REPLACED