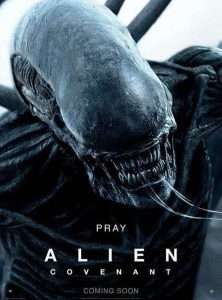 Is the coronavirus pandemic a rehearsal for a future invasion of extraterrestrial microbes?

Our best medical minds predict the apex of the U.S. COVID-19 infection curve within the next few days. Speculation abounds that modern medical researchers will discover a cure treatment and/or inoculation and reduce this historic and easily spread deadly virus to an unpleasant footnote in medical history. Meanwhile, protective measures such as isolation, social distancing, masks, gloves, UV and other precautions serve to “flatten the curve” and hopefully keep our tragic casualties to a minimum.

The efficacy of those measures is yet to be determined, but some facts are clear. Seldom have such Herculean efforts and sweeping restrictions been witnessed in our country. World War II and the Manhattan Project come close, but the trajectory and velocity of commitment in fighting the China Virus (an altogether proper label, given the origin) are rapidly overtaking even those two epic events.

Much has been made of lack of world governments’ preparedness, including our own, to meet such contingencies as this pandemic. Great minds (read Bill Gates and other visionaries) have been sounding warnings for years. But, due to human nature, more immediate and pressing challenges, such as war and peace, bitter political struggles to retain our freedoms and build economic security have all eclipsed the unseen and relatively unheralded micro-monsters that often lurk only in laboratory vials or remote parts of the third world. The average American can be forgiven for concentrating first on those crises that assault his sight, hearing, touch, wallet and mortgage. Memories of human plague battles fade into the dusty recesses of historic fiction or fact.

But now we witness unprecedented mobilization of every government agency, every laboratory and almost every industry to fight an invisible foe. Awareness of the critical nature of the struggle has dawned slowly, but dawned it has, even upon the skeptical. Thousands of our keenest minds are now focused with laser sharpness on possible solutions. Industry is turning out millions of masks, gloves, ventilators, respirators and other protective and therapeutic devices. Medical professionals, labs and scientists are working beyond the point of exhaustion. Citizens are temporarily and often voluntarily sacrificing their customary personal freedoms for the common good by remaining in their homes. The essence of our country is now fully pledged to fight an unseen invader. We have never been so committed or prepared to battle an unknown adversary.

Beyond solutions to the present coronavirus struggle, one might ask why it is so important to look back into mankind’s collective memory of experience with plagues, pestilence, disease and immunities.

Even discounting Biblical plagues with astounding numbers of deaths, we find evidence of massive death by infection in early times and modern history. Consider medieval Bubonic plagues that ravaged Europe for hundreds of years or Cholera epidemics that swept the world. Many entire indigenous populations were wiped out in South and Central America by European adventurers who brought with them a fatal mix of diseases –– to which their own civilized populations were immune. American Indians suffered the same fate when whole tribes fell ill and disappeared after contracting settlers’ diseases. The 1918 Spanish flu epidemic killed an estimated 20 million or more worldwide, including many more U.S. Army casualties than were suffered in WWI combat. The point? We are rapidly nearing the historic apogee of our preparation curve. Preparation for what, you ask?

Given the infinite billions upon billions of galaxies, solar systems and planets in our universe, it is folly to not posit that somewhere there is life other than our own. Some perhaps more intelligent, some perhaps less. Micro or massive? Who knows? Our best scientists, who noodle such things, tell us likelihood of contacts with other life forms is not IF, but WHEN. Perhaps not in our lifetimes, but again, who knows? Will it come here on its own, or will we bring it back from our inevitable exploratory forays into space and other worlds?

It is no stretch to imagine mankind lacking immunities to extraterrestrial microbes bearing threats to human life and limb. Placing us, of course, in the same precarious pandemic situation as the poor natives who innocently stood smiling on their own shores and welcomed Columbus and his boys to the New World. Of course those hapless Indians had no CDC, labs, masks, gloves, other defensive medications, gear or strategies. We do, but are presently seeing a shortage of the former and paying the price in lost lives.

The very thought that their country and world had previously performed a full dress rehearsal and prepared for such otherworldly health challenges, might please and save future Americans in spite of our present tragic death toll. The perceptive among us may conclude that COVID-19, when viewed through a cosmic prism, was our own loud and nasty wakeup call! Science fiction? I think not! More likely that fiction becomes fact!

END_OF_DOCUMENT_TOKEN_TO_BE_REPLACED

Benefitting the county, schools, and much more By Don Ireland   This year marks the 30th anniversary of casinos opening in the former little mining towns of Black Hawk, Central City and Cripple Creek, Colorado. In those early years, smoking was allowed inside ... END_OF_DOCUMENT_TOKEN_TO_BE_REPLACED

Where the dead get to tell their story By Jaclyn Schrock On Saturday, August 21, the Gilpin Historical Society held their annual Cemetery Crawl. Tickets allowed the shuttle of hundreds of guests from the Teller House parking lot to the Cemetery. Depending on v... END_OF_DOCUMENT_TOKEN_TO_BE_REPLACED