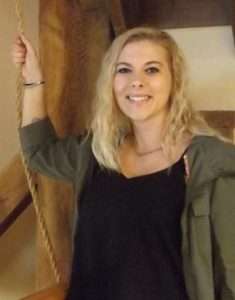 City Attorney Hoffmann asked Council to declare any Conflicts of Interest on any issue appearing on the agenda this afternoon other than those already disclosed and filed with the City Clerk and Secretary of State. There were no objections from the City Council or from the onlookers in the chambers.

Black Hawk Aldermen approved an amendment to the 2018 budget that will include a proposed adjustment for payment for the St Charles Parking structure. The St. Charles Carriage house was appropriated in the 2017 budget, but construction didn’t get under way until 2018 and funding was not moved from the 2017 budget to the 2018 budget. Black Hawk Finance Director Lance Hillis stated, “This is just a housekeeping measure that got overlooked.”

There is an existing rail slab constructed along the north side of Bobtail Street. This slab ends at a point above the eastern edge of the new St. Charles Carriage House. The City intends to extend this rail slab westward to a point near Bobtail Street’s intersection with Gregory Street. Railings and streetlights will be added to the rail slab extension, and it will be stained to match the existing rail slab. The new rail slab will be designed to make a smooth transition on either side of the Bobtail Street entrance to the St. Charles Carriage House. The design-build method of contracting has been selected for this project. A Request for Qualifications was publicly advertised on February 5, 2019. Four contractors submitted qualification packages, three of which were invited to submit Proposals. One of these three contractors dropped out, so the City received two Proposals. Of these two Proposals, Concrete Express, Inc. (CEI) provided the lowest fee proposal. Approval of this Resolution would authorize CEI to proceed with a geotechnical investigation, design of the rail slab, and other pre-construction tasks. Over the next few months, CEI will prepare a Guaranteed Maximum Price (GMP) for construction of this project. An Amendment to this design-build contract will be brought before City Council to establish the GMP and authorize construction. Black Hawk City Council approved Resolution unanimously.

Black Hawk City Council approved a Resolution awarding the bid and approving the contract between the City of Black Hawk and Grapes & Sons Excavating in an amount not to exceed $58,300 for the construction of the Gregory Street Phase 2 Excavation Project

Design work for the overall Gregory Street Phase 2 Project is underway. One of the first significant elements of construction will be to remove debris and excavate the area along the north sides of 305, 311, 321, and 351 Gregory Street. To accelerate the construction schedule, it has been suggested to award this excavation project separately from and prior to beginning construction on the overall Gregory Street Phase 2 Project. This will allow the City and the design team to evaluate the resulting rock face and determine what additional treatment will be necessary to stabilize the slope. At the time of this Request for Council Action, the City has received one proposal to complete this work. Therefore, it is suggested that the City sole-source this project and award it to Grapes & Sons Excavating. Grapes & Sons Excavating has a long history of successful projects for the City of Black Hawk, and has demonstrated the ability to be the lowest bidder in many previous competitive bidding environments. Soliciting additional bids may delay this work and result in higher costs to the City.

City Attorney Corey Hoffmann suggested that Council recess and continue with the Executive Session as stated earlier in the meeting.

END_OF_DOCUMENT_TOKEN_TO_BE_REPLACED

Where the dead get to tell their story By Jaclyn Schrock On Saturday, August 21, the Gilpin Historical Society held their annual Cemetery Crawl. Tickets allowed the shuttle of hundreds of guests from the Teller House parking lot to the Cemetery. Depending on v... END_OF_DOCUMENT_TOKEN_TO_BE_REPLACED