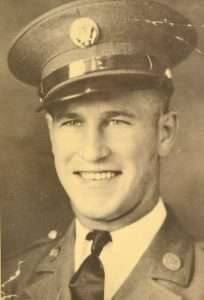 “Yesterday, December 7, 1941 – a date which will live in infamy – the United States of America was suddenly and deliberately attacked by naval and air forces of the Empire of Japan.”

These were President Franklin D. Roosevelt’s historic words to Congress the day following the surprise attack against U.S. Forces stationed at Pearl Harbor on what was then the U.S. Territory of Hawaii. It was also America’s declaration of war against Japan and our entrance into World War II.

Each year, Americans hold observances on December 7 to commemorate the bombing of Pearl Harbor and the valor and sacrifice of the “Greatest Generation,” and this year – this very month — marked its 75th anniversary. A National Pearl Harbor Remembrance Day Commemoration was held at Pearl Harbor-Hickam Air Force Base. Memorial services were also held at many other locations around the country.

Fewer and fewer Americans are still alive who remember that day first-hand. Yet, as President Roosevelt said it would, that day still lives, in the stories that have been passed on by the World War II generation to their children and grandchildren. I was privileged to hear the memories of one Gilpin County resident, Kathleen Schrader, as she related the horror her own parents lived through when Japanese bombers flew low over Oahu.

Kathleen’s father, Ralph B. Neiffer, had begun his military service as a mechanic in the U.S. Army at Hawaii’s Fort Shafter in 1939.

In December 1941, Ralph was head of the night guard at Hickam Field at Pearl Harbor. Ralph went to work at 11:30 p.m. on December 6. Early Sunday morning, just before 7:00 a.m., all was quiet and routine when Ralph eagerly headed home to his wife Alice. Since the newly-married pair lived at the edge of Hickam Field, it didn’t take long for Ralph to reach home. The couple was young: Ralph was 24 and Alice was just 16. They had been married for about six months.

He just got home when he heard a rumble outside. At first he thought it was someone knocking at the door. When that turned out negative, he told Alice, “It’s probably our planes doing maneuvers.”

Alice was at the kitchen window, peeling potatoes for breakfast. When she looked out, she couldn’t believe the sight – Japanese planes coming in low!

“The pilots smiled and waved as they dropped their bombs,” Alice told her daughter Kathleen years later.

Ralph rushed on the double right back to the main hangar that he had just left – only to find that it had been completely demolished. For the rest of the day, he kept busy handing out rifles and ammunition to field guards, recovering military property from the ships, and helping in the removal of the wounded from the harbor.

“There was oil on the water and flames everywhere. Everyone was burned,” he would later relate.

Alice dashed barefooted out of the house and started running to her mother (Kathleen’s grandmother Mary), who lived six miles away on the other side of the island. The road away from Pearl Harbor was jammed with people evacuating. Part of the way there, Alice was picked up by someone in a car, who gave her a ride the rest of the way.

“That day, it didn’t matter what your rank or color was. Everyone stopped to help everyone else. It was an emergency,” Alice recalled.

At around 9:00 a.m., there was a second wave of Japanese planes. Officials ordered people to evacuate to the naval housing area in Pearl Harbor, but it was even worse there. Some houses had been machine-gunned.

Kathleen Schrader’s parents survived that day, although many did not. 2,403 military personnel and civilians were killed in action, and 1,178 were wounded.

Japanese commander Admiral Nagumo had planned his attack for a Sunday, hoping to catch the entire fleet in port. However, the aircraft carriers (the most important targets) and one of the battleships were not in port that day. Still, Admiral Nagumo decided to continue his attack with six carriers and 423 aircraft.

At a range of 230 miles north of Oahu, he launched the first wave of a two-wave attack. Beginning at 6:00 a.m., his first wave consisted of 183 fighters and torpedo bombers, which struck at the fleet in Pearl Harbor and the airfields in Hickam at 7:53 a.m. Within the next hour, the second wave arrived and continued the attack against the same targets.

Ralph kept a reminder of that infamous day – a Seth Thomas eight-day windup clock that he had salvaged from one of the ships that was bombed. The clock was a fixture on the wall in the Neiffer home as Kathleen was growing up, and she inherited it.

“It still works,” she said.

Another precious memento is a scrapbook full of photos, news clippings, and certificates. With love and pride, Kathleen showed me her father’s Commendation for Meritorious Service bestowed on him by the Department of the Army. The May 17, 1948 citation reads: “For performance of meritorious services during and after the Japanese attacks on Hickam Field, Oahu, T.H. [Territory of Hawaii], on Sunday, December 7, 1941 when with utter disregard for his personal safety, he exhibited great courage in dispersing critical property in the face of enemy attacks. His untiring efforts above and beyond the call of duty contributed unquestionably to the saving of Government property and to the immediate resumption of operation of the Hawaiian air depot after the attacks, and exemplified the highest tradition of American citizenship.” It was signed by G.H. Decker, Major General, Deputy Commander and Chief of Staff of the United States Army-Pacific.

Ralph B. Neiffer was not the only member of the family to be honored for meritorious service. Kathleen’s grandmother, Mary R. Wise, received a certificate for 18 months of honorable service. She was employed by the United States Navy at the Naval Air Station in Pearl Harbor, supporting the mission of the Pacific air station. Mary is included in the World War II Memorial’s Registry of Remembrances.

The war, begun in 1939, raged on until 1945. The United States dropped nuclear weapons on the Japanese cities of Hiroshima and Nagasaki on August 6 and 9, 1945, respectively, during the final stage of World War II. The two bombings were an attempt to bring an earlier end to the war, and President Harry Truman made the fateful decision to drop the devastating bombs. On August 15, 1945, Japan announced an unconditional surrender, ending World War II.

The Neiffers lived in Hawaii for three more years, moving to Pennsylvania in 1948. Kathleen, like her mother Alice before her, had been born in Hawaii. It was time for a fresh start for Ralph, Alice, and Kathleen and her three siblings.

Ralph Neiffer was a brave and accomplished individual of whom we can all be proud. He served in the U.S. Army as a mechanic at Fort Shafter, T.H., Service Battery, 64th Coast Artillery, in 1939, and also served as an MP. Other achievements include earning a black belt in jiu-jitsu and a Golden Gloves amateur boxing championship. He passed away on September 18, 1997.

Today, Kathleen preserves these revered memories of her heroic family as she participates in remembrances honoring them and other veterans. This month, she and many others placed wreaths on gravestones at the Wreaths Across America Ceremony in Fort Logan, and she also laid a wreath at the Pearl Harbor memorial service in Evergreen.

Kathleen’s Aunt Viola was a member of the Daughters of the American Revolution (DAR); as a tribute to her aunt, Kathleen joined the DAR also. (To be a member, a woman must have an ancestor who fought in the Revolutionary War.) Kathleen is part of the Mountain Rendezvous Chapter; as such, she joins with other DAR members to honor local military veterans during annual observances.

Kathleen cherishes a dream of someday going to Pearl Harbor for an anniversary observance saluting the members of the World War II generation. In the meantime, like the rest of us, she passes on the story of her mother and father – real people who lived what we call history during a day and time never to be forgotten.

END_OF_DOCUMENT_TOKEN_TO_BE_REPLACED

Where the dead get to tell their story By Jaclyn Schrock On Saturday, August 21, the Gilpin Historical Society held their annual Cemetery Crawl. Tickets allowed the shuttle of hundreds of guests from the Teller House parking lot to the Cemetery. Depending on v... END_OF_DOCUMENT_TOKEN_TO_BE_REPLACED

Benefitting the county, schools, and much more By Don Ireland   This year marks the 30th anniversary of casinos opening in the former little mining towns of Black Hawk, Central City and Cripple Creek, Colorado. In those early years, smoking was allowed inside ... END_OF_DOCUMENT_TOKEN_TO_BE_REPLACED