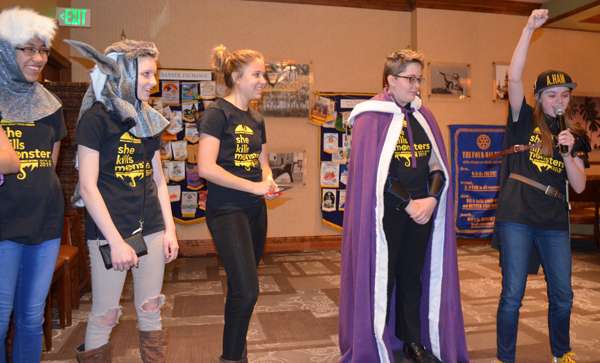 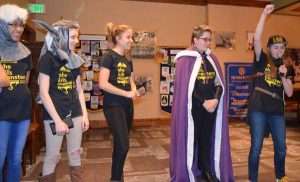 Gilpin High School students gave a sneak preview of their play, “She Kills Monsters,” to members of the Peak to Peak Rotary Club last Thursday, April 11. The club met at Farradday’s Restaurant in the Isle of Capri Casino in Black Hawk.

Snowy weather and a few other factors made for a small attendance, but the Rotary members made up for it with enthusiastic support of the performers.

Ten young thespians from the Gilpin County Players presented two scenes from the play. Director Hannah Raynes encouraged Rotarians to attend, noting the performance times: Thursday, April 18 and Friday, April 19 at 7:00 p.m. and Saturday, April 20 at noon in the Gilpin School auditorium. Tickets are $10 for adults and $5 for students and may be purchased at the door or online at gilpin.k12.co.us.

Raynes advised that there is a dinner at 5:00 p.m. before Thursday night’s performance. New this year is Friday night “date night”; the cost is $25 for two tickets, which includes babysitting and a Dostal Alley pizza.

“Have dinner and then come see the show!” Raynes invited.

Raynes’ husband Ryan, who serves as technical director, also attended the Rotary presentation, along with Sonya Prewitt, a parent who helps the theatre program.

Raynes, who volunteers her time to direct the school productions, noted the play’s main idea.

“It’s set in the 1990’s and centers on kids who are involved in a game called ‘Dungeons and Dragon,’” she explained. “They go back and forth between the game and reality. We’ll be doing two scenes for you.”

The students enacted a choreographed fight scene with plastic swords to avoid issues in the small space at the restaurant. In the play, however, real swords will be used, Raynes clarified.

First, the students introduced themselves and related what being involved in theatre has meant to them.

Archer O’Brien plays Tilly, one of the leading characters. Sporting a ball cap emblazoned with the moniker “A. Ham,” Archer noted, “This is my fourth year in theatre at Gilpin, and I hope to continue.”

Claire Diekman, who portrays the other female lead, Agnes, who is Tilly’s Sister. Claire said, “I’ve been in theatre since elementary school. It’s a huge part of my life.”

Esmee Halsted reported that theatre gave her an outlet to express her “giant personality.”

“Performing gets me out of my comfort zone,” commented Halle Yocom, who will be seen as a monster in the play.

Participating in theatre has inspired Logan Prewitt, who will appear as the demon Orcas. He hopes to go into film as a career.

Other students remarked on the fun of pretending to be someone they are not, having a safe place to express themselves and be accepted, and the satisfaction of seeing everything come together for the performance.

The students described the Dungeons and Dragons game (D&D), which has been around since the mid-seventies. It’s a fantasy tabletop role-playing game that was derived from miniature war games, with dragons depicted as monstrous adversaries. D&D games differ depending on the players to make the experience unique for each person. The game has undergone many revisions and editions over the years and is still being played. One of the performers advised that it is possible to play the game online, anywhere, with people from all over the world.

In a Q&A following the brief performance, one Rotarian mentioned that his son was a Dungeon Master (game organizer who creates the challenges of a given adventure) for D&D in the 1970’s and actually taught classes.

In the first scene enacted for the Rotary club, Damien Sonsino portrayed the Dungeon Master. Claire Diekman as Agnes had her first taste of combat and learned the mechanics of the game under the DM’s guidance.

The second scene took place in the Underworld, where Tilly (Archer O’Brien) was a lost soul being sought by her sister Agnes. Orcas (Logan Prewitt) was the overlord but was a lazy couch potato rather than an intimidating figure.

“The vision for the theatre program at Gilpin is becoming a reality,” commented School Superintendent David MacKenzie, a Rotary member. “This is a challenging production, but I think you guys are ready – break a leg!”

Footnote: The Gilpin County Players are presenting the Young Adventurers Edition. The original version contains profanity, sexual references, and references to LGBTQ relationships, some of which are omitted from the Young Adventurers Edition. In any event, the play is not for young children. Gilpin publicity states, “Parental guidance strongly suggested.” 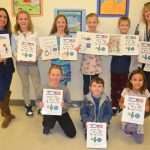 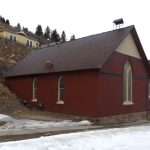