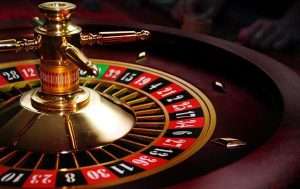 Expanded gaming options to be decided by voters

Council met with Staff for a work session prior to the regular meeting. The topics of discussion were the upcoming budget calendar and gaming device fees. The City reduced the 2020 Budget by 70 percent already so far. Gaming revenues have decreased by 41 percent this year.

The Council will hold retreats to cover discussion on the 2021 Budget and the retreats will be open to the public. The calendar is not published yet because the dates are fluid.

Council reviewed device fees and bandied about the idea of increasing fees in 2021. Historically, Central City casinos operated 2,000 devices at any given moment. When the economy shutdown due to the pandemic, there were 1,985 devices on the floor. When the casinos re-opened in July 2020, there were only 1,191 operating devices.

Jeff Hentschel, co-owner of GF Gaming addressed Council asking them how the City arrived at the device count of approximately 1,100. Manager Miera responded that the City has asked the casinos to provide their count and City Staff also conducted their own count in person. Hentschel then stated, “It would seem appropriate to me, that Central City charge fees based upon the tax revenue information each casino submits to the state.” Miera responded, “We would agree with that.” Jeff next asked how table games factor into the count, to which Miera responded that each table counts as one device.

Alderwoman Judy Laratta asked how the BID bases their invoices to the casinos for their marketing device fee and how do they get their count of devices? Executive Director of the Business Improvement District (BID) Joe Behm responded to the question saying the BID has just started to implement the marketing fee after the shutdown. They charge $7 per month per device. The marketing team is getting together to get the message out to the public and gaming community that Central City is open for business and is safe.

Mayor Fey led the Pledge of Allegiance and then asked for any amendments or additions to the evening’s agenda. An item was added for an appointment to the Main Street Commission.

The Mayor called for a motion to approve the consent agenda which consisted of the minutes from the August 18 and 25 meetings and regular bill lists through August 19.

Alderman Hidahl questioned an expense of $846.30 to Sanborn LTD for “Patches, shot-glasses-VC.” Manager Miera replied this order was submitted prior to the COVID pandemic for shot glasses and patches advertising the City to be sold in the Visitor’s Center.

Hidahl next questioned an expense of $255.60 to Williams Scotsman, Inc. for the modular building at Public Works. Miera responded that the building is being used for meetings, restrooms, mail distribution, and safety talks.

Council considered passage of one Ordinance and reviewed HR 20-10.

Director Rears reviewed the second reading of Ordinance 20-11 which would amend sections of the Land Development Code regarding Fees-in-Lieu of parking. Fees paid will be held in a parking account and could only be used for that purpose. The program is designed to incentivize businesses to move in quickly as they will get a bigger discount on fees. The parking spaces are cumulative so that the first 25 spaces would not have a charge, the next 25 spaces would be charged two percent of the cost of each space, and the cost increases similarly with additional businesses moving in. The maximum increase happens when more than 372 additional parking spaces would be required to match the increased traffic. Each additional parking space is estimated to cost $30,540 to build which does not include ongoing maintenance, so that two percent would be $610.80 in fees.

Mayor Fey opened the public hearing for the Ordinance and two people chose to address council.

Joe Behm, Executive Direction of the BID first addressed the council. He stated the board of executives had a couple of issues and the first is an overriding issue not specifically about this Ordinance. The board would like to be involved in Ordinances that affect potential development to address any potential concerns the BID may have. By the time it gets on an agenda, the language has already been developed. The board believes their collective business acumen would be helpful. Their second issue is that the lure of Ordinance 20-11 is to be the “first in,” but once that happens, the lure dissipates. “I think it will need to be revisited at some point,” said Behm.

Jeff Hentschel, co-owner and marketing manager of GF Gaming (Famous Bonanza and Easy Street Casinos) next addressed council asking if the money raised is required to be used to the development of parking, and if for some reason, Council does not approve the development of a parking structure, what happens to those funds? Director Rears responded saying the fees are set aside in a special parking fund that is not comingled with any other funds. Hidahl queried if by used on parking meant the funds could be used for parking meters to which Manager Meira responded that the money could be used for that. Rears added that if the City Council chooses not to use the collected fees for parking, there would be political pressure from the businesses that paid into that account to do something with their money.

Alderman Aiken moved to approve Ordinance 20-11 and was seconded by Alderwoman Laratta. The Ordinance passed unanimously.

Director Rears reviewed HR 20-10 which is the continuation of a public hearing on the certificate of appropriateness for a new cellular tower. The applicant, Nexius, withdrew their application to install a new AT&T cell tower due to the property owner (the City of Central) not approving the location. Rears commented he met with the company this afternoon and they are looking at other potential sites.

Alderwoman Laratta moved to close the public hearing on HR 20-10 and was seconded by Alderman Aiken. The motion passed unanimously.

The Council considered approval of a Promise Program request and three resolutions.

I Promise to Continue My Education

Director Robbins reviewed the application for the Promise Program Grant by Adria Bleske; a two-time recipient of the award. Ms. Bleske is attending Rocky Mountain College of Art and Design and has maintained a 3.6 GPA.

Adria Bleske addressed council over the phone and thanked Council for their previous support. She stated she has started the fall semester and classes are going great. Her favorite class is photography which has been challenging yet rewarding.

Alderman Aiken moved to approve the request and was seconded by Alderwoman Laratta and Alderwoman Johnson simultaneously. The motion was passed unanimously. Mayor Fey commented this is one of his favorite things he gets to do on Council.

Expanded Gaming Going to the Voters

Attorney McAskin introduced Resolution 20-30 which would refer a ballot question for the November election regarding Initiative 257 (concerning a proposed amendment to the state constitution and change to the revised statues concerning voter approved changes to limited gaming). Initiative 257 would allow local control to potentially change the minimum bet to an unlimited maximum and to add other games that have previously been prevented. This Resolution is to put on the ballot a question for Central City residents whether they would approve the expansion proposed by Initiative 257 for Central City casinos.

Alderwoman moved to approve Resolution 20-30 and was seconded by Alderman Aiken. The Resolution passed unanimously.

Director Rears introduced Resolution 20-31 which would establish a Fee-In-Lieu structure for parking according to the Land Development Code. This Resolution is necessary upon passage of Ordinance 20-11.

Manager Miera introduced Resolution 20-32 which would extend the local declaration of emergency through Wednesday, September 16, 2020.

Mayor Fey asked if Council wished to continue to consider the question every meeting and they did.

Alderwoman Laratta moved to approve Resolution 20-32 and was seconded by Alderman Aiken. The Resolution passed unanimously.

Peter Droege applied for an open position on the Main Street Central City Commission. Alderman Aiken championed his application saying his background and passion for the City make him a great addition. This sentiment was mirrored by all members of Council.

Alderman Aiken moved to approve the appointment and was seconded by Alderman Hidahl. The motion passed unanimously

Manager Miera highlighted the next Central City Clean-Up Day which is Thursday, September 17 beginning at 9:30 am.

Miera also announced that Gilpin County Sheriff Division Chief Tom Ihme retired today. He helped with the transition from Central’s police force to County Sheriff patrolled and “the transition couldn’t have been smoother,” said Miera. After tonight, Sheriff Armstrong will be attending Council Meetings and, in his absence, it will be Sergeant Wes Jones. The position of Division Chief will not be filled by the County for “quite some time” due to budgetary concerns related to the pandemic.

Alderman Hidahl commented that the gambling offices’ stairs (connecting Lawrence Street to East First High Street behind the old school building now used by the gaming commission) are closed due to a broken stair. Hidahl looked at pictures from when that building was constructed, and the stairs have always been there. “I think it’s the responsibility of the gaming commission or their property manager to maintain those stairs. We need to hold them accountable.” Hidahl next stated that he noticed a house on East 6th High Street missing a portion of its back wall, “And I don’t remember a demo application.”

Mayor Fey commended the casino operators in town. “I see the adherence to distancing and they are doing it so well.” He is impressed that they managed to retain 94 percent of their AGP compared to 2019 given all the current restrictions.

Michele Roussel, art gallery manager of Washington Hall and local resident, took this opportunity to announce her candidacy for City Council. She gave a brief background of her history saying when she arrived in Central she was immediately accepted into the community. She joined the arts board and then was hired as gallery manager. “I have been with them for over three years going above and beyond my job.” Roussel stated she will address issues in a thoughtful manner for businesses and residents alike.

There are two council seats open occupied by Alderman Aiken and Alderman Hidahl. There are three candidates who have filed their intent to run; Michele Roussel, Kara Tinucci, and the incumbent Jeff Aiken. Alderman Hidahl is choosing not to retain his seat.

Mayor Fey adjourned the regular meeting at 8:26 pm. The next regular Council Meeting will be Tuesday, September 15, 2020.

END_OF_DOCUMENT_TOKEN_TO_BE_REPLACED

Benefitting the county, schools, and much more By Don Ireland   This year marks the 30th anniversary of casinos opening in the former little mining towns of Black Hawk, Central City and Cripple Creek, Colorado. In those early years, smoking was allowed inside ... END_OF_DOCUMENT_TOKEN_TO_BE_REPLACED

Where the dead get to tell their story By Jaclyn Schrock On Saturday, August 21, the Gilpin Historical Society held their annual Cemetery Crawl. Tickets allowed the shuttle of hundreds of guests from the Teller House parking lot to the Cemetery. Depending on v... END_OF_DOCUMENT_TOKEN_TO_BE_REPLACED