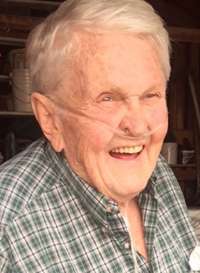 Paul Stephen Coleman, educator, husband, father, prankster and friend, passed away peacefully on February 11, 2020 with his wife Judy at his side. Paul was the consummate teacher of life lessons, book studies, physical fitness, mechanics of every kind, common sense, and thoughtful decisions. He encouraged those around him to think before they speak or act. He was actively involved in Boy Scouts both as a scout and a scout master. He was a long time member of Kiwanis Club in Saguache, a life member of B.P.O.E. Elks Club in Saguache and Central City, and a 30 year member of St Paul’s Episcopal Church inCentral City. He was also a 30 year prostate cancer survivor.

Born and raised to a ranching family in Saguache, CO on March 4, 1933, he was the middle son of five boys. He learned how to work hard from his mother Hazel and father Roy who preceded him in death along with brothers Mel, Charles (Corky), and Jim. He had chores at age four, and quickly learned that the animals got fed before he did in the morning, and studies came before play in the evening. His parents instilled the value of a good education in all their boys – his surviving brother Randy can attest to that.

Paul graduated from Saguache County High School and lived in Saguache as a ranch hand, teacher, and elementary school principal until 1965. His degree in General Agriculture from CSU and his Master’s in Education from Adams State College served him well. He chose to be a “glorified bill collector” as he called it, and went to work for the FDIC. He lived in six different cities, liquidating banks until 1972. He met his wife of nearly 51 years, Judith Ann (Cox), in Detroit, Michigan on one of those stops. Upon returning to the San Luis Valley in 1972, Paul and Judy were joined by his two children from his previous marriage to Donna Bennett, Stephen Paul of Johnstown, CO and Jamie Dawn (Chuck) Laufle of Ridgway, CO. Then they had two more children, Carrie Lynn (Anthony) Barrios of Long Beach, CA, and Russell Joseph (Jeni) of Fruita, CO.

Back home again, Paul worked on the ranch and managed a center pivot sprinkler company in Monte Vista that the family owned. Teaching was always in his blood, and he returned to being a high school science teacher in 1979. He obtained his Superintendent Endorsement from Western State, and immediately became the principal of Mountain Valley Schools. Soon after that he was hired as Superintendent. Needing a change, he accepted a position as Superintendent of Gilpin County Schools in 1987 until he retired in 1994. Paul and Judy remained living in their mountain home near Black Hawk, CO. Paul took great pride in the fact that he served only two school districts and left each one better than he found it.

Paul greatly admired his younger brother Jim for staying and working tirelessly on the family ranch in Saguache, carrying out their parents’ dream of ranch life.

Paul could fix ‘purt’near’ anything and actually loved ‘to do lists’ from his mother-in-law, neighbors, children, and the church. Any idle time was spent reading newspapers or murder mysteries and playing cards, especially bridge. He also loved cooking and baking. He was well-known for his sense of humor. His very favorite thing was being “Papa,” and would drop everything to spend time with his grandchildren Kelcy, Baylie, Quinn, Cassidy, Chloe, Paul and Hazel. Oh, how he loved them.

Paul and Judy loved to hook up the trailer and take off to favorite or new destinations. Church camping trips, Arizona, and Blue Mesa Reservoir were favorites. That camper even saw Mexico, Alaska, and most of the lower 48 states. Paul was always proud to have grandkids tag along, and those lucky kids were treated to lessons in history, geology, science, horticulture, and studying animals.

There will be a Holy Eucharist service on Saturday, May 30, 2020 at 10 am at the St. Paul’s Episcopal Church in Central City, but parking is limited. Following the service, we ask you to join us for a Celebration of Life to be held in the auditorium at Gilpin County School, beginning approximately at noon. Please come and share lunch and your favorite stories with us.

In lieu of flowers, donations may be made to St. Paul’s Episcopal Church or a charity of your choice.

END_OF_DOCUMENT_TOKEN_TO_BE_REPLACED

Benefitting the county, schools, and much more By Don Ireland   This year marks the 30th anniversary of casinos opening in the former little mining towns of Black Hawk, Central City and Cripple Creek, Colorado. In those early years, smoking was allowed inside ... END_OF_DOCUMENT_TOKEN_TO_BE_REPLACED