Our picks for the 2020 Academy Awards 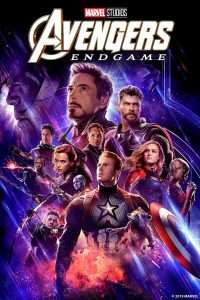 Annual Dose of Controversy and Mediocrity

It’s time once again to talk about the Academy Awards and the 2020 nominations. The process is such a political fare riddled with scandal (hmm… whether in entertainment or in government, seems to be the same), I am taking a break from the controversy and want to try something fun. My family; my beautiful daughter and my lovely wife specifically, and I decided to create our own nominations and give out our priceless family awards to deserving movies and individuals. To do this, we started with a list of all 2019 movies we have seen or want to be considered for an award based solely on the trailers and word of mouth; and then marked which movie might be eligible for an award in thirteen categories: production design, editing, cinematography, animations, costume design, visual effects, score, direction, supporting actor and actress, actor and actress, and best overall picture. We then argued and defended our list down to five movies or actors per category, then voted from those five for the best. So, instead of drilling down on the Academy of Motion Picture Arts Association’s nominations (that will be a future article), here are my families’ nominations and winners. Those movies or stars who were also nominated by the Academy have an (A) next to their title.

Editing involves assembling the shots and can affect the timing and flow of a film. Our nominations are “Downton Abbey,” “It Chapter Two,” “Judy,” “Motherless Brooklyn,” and “Rocketman.” It may be worth noting that there is no overlap with the Academy, so we are either way off, or willing to look beyond the typical movies. Our family award goes to “Motherless Brooklyn.”

The cinematography is all about the camera and lighting work. Our nominations are “1917” (A), “The Lighthouse” (A), “Once Upon A Time in Hollywood” (A), “Motherless Brooklyn,” and “Spider-Man: Far from Home.” Our family award goes to “The Lighthouse.”

The costume designer creates the costumes to balance the scenes with texture, color, and period appropriateness. Our family nominations are “Once Upon A Time in Hollywood” (A), “Downton Abbey,” “Avengers: Endgame,” “Harriet,” and “Rocketman.” Our family award goes to “Avengers: Endgame.” After much deliberation, we decided to award this movie more based on the body of work from the Marvel Studios in tailoring costumes to each personality and evolving the costumes as the characters evolved.

Visual effects are anything computer generated or animated that is integrated into the film. Our family nominations are “Avengers: Endgame” (A), “Star Wars: The Rise of Skywalker” (A), “Glass,” “Jumanji: The Next Level,” and “Spider-man: Far from Home.” Our family award goes to “Avengers: Endgame.”

Our family nominations go to Ben Mendelsohn for “Captain Marvel,” James McAvoy for “Glass,” Joe Pesci for “The Irishman” (A), Jamie Foxx for “Just Mercy,” and Brad Pitt for “Once Upon A Time in Hollywood” (A). Our family award goes to Brad Pitt.

Our family nominations go to Scarlett Johansson for “Avengers: Endgame,” Lucy Gallina for “The Irishman,” Michelle Yeoh for “Last Christmas,” Florence Pugh for “Little Women” (A), and Margot Robbie for “Once Upon A Time in Hollywood.” Our family award goes to Margot Robbie. The Academy did nominate Robbie in the category for the movie “Bombshell.” Since we have not seen it, it was not fair to consider her for that film.

Our family nominations go to Robert Downy Jr. for “Avengers: Endgame,” Shia LaBeouf for “Honey Boy,” Michael B. Jordan for “Just Mercy,” Ed Norton for “Motherless Brooklyn” and Taron Egerton for “Rocketman.” This is the third category in which we had no overlap with the Academy. Our family award goes to Robert Downy Jr.

Our family nominations go to Cynthia Erivo for “Harriet” (A), Saoirse Ronan for “Little Women” (A), Scarlett Johansson for “Marriage Story” (A), Daisy Ridley for “Star Wars: Rise of Skywalker,” and Lupita Nyong’o for “Us.” Our family award goes to Scarlett Johansson.

So, there you have it – the absolute best of 2019 as determined by my family. Now let the complaining and arguing begin! I look forward to any letters to the editor telling me how wrong I am.

END_OF_DOCUMENT_TOKEN_TO_BE_REPLACED

Where the dead get to tell their story By Jaclyn Schrock On Saturday, August 21, the Gilpin Historical Society held their annual Cemetery Crawl. Tickets allowed the shuttle of hundreds of guests from the Teller House parking lot to the Cemetery. Depending on v... END_OF_DOCUMENT_TOKEN_TO_BE_REPLACED