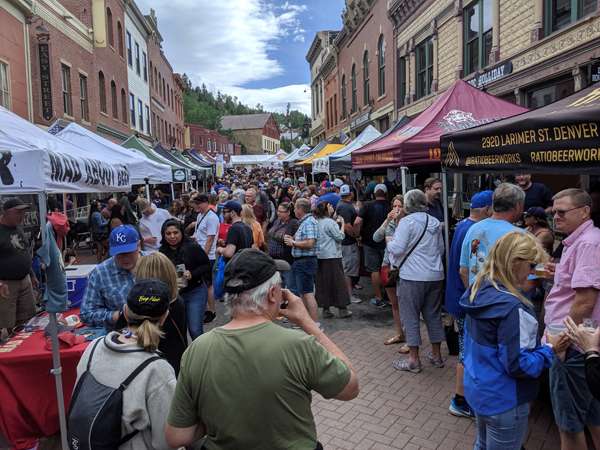 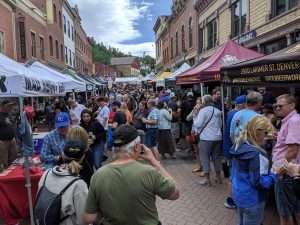 Citizens voice concerns over what is and is not allowed

Mayor Fey led the Pledge of Allegiance and then asked for any amendments or additions to the meeting’s agenda. Council voted to approve the addition of Resolution 20-29 regarding the 2020 Growth IGA to the agenda.

Mayor Fey opened the floor to the online public via the Zoom video conference for anyone who wished to speak on the topic of Emergency Order 20-02, effective Thursday, August 20, 2020 which suspended the issuance of permits for special events and demonstrations which require a permit for the remainder of 2020, for the purpose of limiting the health impacts of COVID-19 due to ongoing concerns regarding the transmission of the disease in larger group settings. Violations of this Order are subject to penalties set in Section 1-4-20 of the Municipal Code which include fines up to $2,650, imprisonment up to 364 days, or both.

Kara Tinucci, an active businesswoman of Central City addressed Council stated, “I appreciate your efforts to keep residents safe.” She then commented that she is involved in City events and would like to know why this Emergency Order was necessary. She noted that there seems to be no provisions for appeal or independent review. Tinucci then specifically mentioned the upcoming Plein Aire Event (an outdoor arts demonstration in which artists set up easels all around town to capture in oils, pastels, chalk, and more, the incredible diversity of historic structures and fantastic scenery around town) saying she knows the Central City Opera (sponsors of the event) “has put a lot of effort into making sure the event can happen” with current safety protocols.

Michele Rousseau of the Gilpin County Arts Association next addressed council. Rousseau referenced Rules and Regulations, Section A on page two of the Emergency Order commenting that they seem to be open-ended regarding types of events that fall under the Order’s definition. Section B, item 2 states, “The City is not authorized to issue any permit for special events and demonstrations requiring a permit.” Michele questioned whether arts and crafts shows inside Washington Hall, some of which require permits for serving alcohol, would full under this definition.

Deb Wray, president of the Gilpin County Historical Society, next addressed Council. Wray also referred to the Events definition of the Emergency Order saying that the Creepy Crawl (an annual event in October highlighting several historical buildings using actors playing the ghosts of historical figures as creepy way of education people on the area’s history) also does not seem to be addressed in the Emergency Order.

Roy Varela of Heritage West Realty repeatedly tried to comment but had phone issues. He communicated via the chat window that he supports the open-air events in the City.

Manger Miera responded to the questions and issues raised during the Public Forum, beginning with the history of the Order. Miera stated that the City received an incomplete permit application for a street event eight days prior to the event and this raised several concerns regarding public safety. Staff felt it was prudent for the City’s leaders to come to a consensus of what kinds of events should be allowed, if any. Prior to this Order, Council had allowed Staff and the City Manager to approve of event permits without requiring approval from Council. Regarding which events are included in the Emergency Order, Miera stated that the Order refers to Chapter 11 in the Code which is regarding streets and sidewalks; so any event that impacts the free movement of pedestrians and/or vehicles in the public areas of the City. Events inside Washington Hall would not be included in the Order.

Alderwoman Laratta commented, “I believe when it comes to the closure of Main Street, it should go before Council. What disturbs me about this event (Plein Aire), it happens on Labor Day which is a weekend the casinos are looking to recoup some of their losses. I received a call from a business owner who was panicking over having the street closed.” Alderman Hidahl asked for clarification from Laratta regarding which street the City Council should review for closures and Laratta responded that closure of any primary streets, like Eureka, Gregory, and Lawrence, should require Council approval.

Alderman Hidahl commented that, “The economic impact of closing Main Street is something that should be addressed by council.” He stated that event closures have a “ripple effect” throughout the City and referenced a complaint he received from a resident who was pulling a trailer through the town during a temporary closure of Eureka Street. The resident had no way of going around and had to wait until the event was over. Hidahl is not opposed to closing streets if the City does it right; ensuring advance notice is distributed and communicated well. Hidahl then commented, “Regarding the Wild Bunch, I would be overjoyed if they decided to hold their events in Idaho Springs. They are not historic and do not belong in Central City.” The Wild Bunch Gang is a local acting troupe creating brief Wild West shootout dramas which are performed every Saturday on the hour. In prior years, they have closed off Main Street in front of Dostal Alley during their two to five minute performances; they have since moved their performance to the entrance of the Belvidere Theatre and close off the sidewalk for their performances allowing Main Street to remain open.

Alderwoman Laratta commented that she agrees with Jack (Hidahl), “The Wild Bunch is not historic.” She related that every Saturday she works out in her yard with her dogs and the dogs run inside every hour when they hear the gunshots from the Wild Bunch performances. When pressed for whether the Wild Bunch should be an allowable event, she stated that she doesn’t have to like the event to approve it and would be in favor of the Wild Bunch continuing, “whether or not they are historic.”

Mayor Fey commented regarding the Wild Bunch, that while “not trying to validate their history,” he has talked to many tourists during the weekend that are looking for the “Wild West Shootouts.” Fey stated that there are people that are coming to the City specifically for that reason.

Alderwoman Johnson commented that if events are closing the streets, they should have an economic benefit. Events that are “exclusive” should not be allowed. “Main Street is a vibrant community,” said Johnson, “and a community for business.” Entities that want to use Main Street and not include the businesses and community “are beyond me.” She added, “I am a supporter of the Wild Bunch and always will be.” Johnson commented, “I think it is important that we can have set parameters of appropriateness” for events.

Manager Miera stated they can revise the Emergency Order to allow for Council consideration for any events that involve street and sidewalk closures.

Attorney McAskin introduced Resolution 20-29 which would approve Amendment Number 1 for the June 30, 2020 restated Intergovernmental Agreement with the City of Black Hawk. The amendment would include land areas in Clear Creek County that may be annexed by Central City. “The Parkway did not follow the map” included in the 1999 IGA, said McAskin, “and this will make sure nothing will prohibit Central City from annexing property that it lawfully can.” The City of Black Hawk noticed that there is a portion of the growth area that they would like limited to active and passive open space uses. The Black Hawk Council is prepared to vote on the agreement this week which precipitated the last-minute addition of this amendment to today’s agenda.

Mayor Fey opened a special Public Forum to allow for public comment on this Resolution. No one chose to address council.

Alderwoman Laratta moved to approve Resolution 20-29 and was seconded by Alderman Hidahl. The motion passed unanimously.

Council moved to enter Executive Session at 3:20 pm to receive legal advice on questions regarding a potential ballot issue for 2020. The next regular Council Meeting will be Tuesday, September 1, 2020. 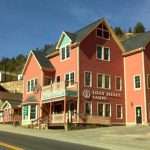 Wheel of misfortune
Next Article 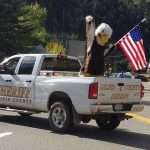