The regular meeting of the Black Hawk City Council was called to order on Wednesday, February 10, 2016 at 3:00 p.m. by Mayor Spellman.

City Attorney asked the audience if there are any objections to any Council member voting on any issue on the agenda. The audience had no objections.

The meeting then focused on new employee introductions. Janice Beecher was introduced as the newest employee occupying the newly created position of Permit Technician. She is responsible for records management and all permits issued through the department.

Mary Boardman gave a presentation on the progress of the North Clear Creek Water Treatment Plant which is currently under construction. It is located south of Black Hawk on Colo. Hwy. 119. The plant is number 4 of 4 operating units, that treats and conditions contaminated water from the 400 square mile North Clear Creek water shed. The water shed is part Superfund Study area that was designated in 1983. The contaminated water is routed to the treatment plant by way of the Gregory Gulch, Gregory Incline, and the National tunnel, processed, and the effluent is discharged into North Clear Creek. This clean-up effort will improve drinking water quality for downstream providers and promote survival of aquatic species downstream such as the Flathead Minnow, Brown Trout, and other aquatic species. Full operation is expected occur in January 2017.

When the Police or Fire Department, or any other City organization or agency responsible for emergency responses, responds to a signal activated by an alarm device, and it appears after proper investigation that a false alarm did occur, then the owner or occupant of the premises to which the response is made, the designated person or company responsible for monitoring, and the person or company responsible for the installation and maintenance of the alarm device, shall each be subject to a false alarm service warning or fee.

Residents and businesses can expect penalties that range from a warning up to $100 per false alarm.

Amendment Passed Regarding the Recertification of Promotional Associations

This amendment allows the City Clerk administrative approvals for recertification of Promotional Associations is in keeping with liquor license renewals, and is a more efficient use of staff time.

A Resolution Cancelling the APRIL 5, 2016 Election and Declaring Candidates Elected

The following candidates are hereby deemed elected to four-year terms:

The City Council approved the contract to buy Real Estate between the City and AA&S, Inc.

Underground utilities are going to be rerouted in the intersection bordering Colorado Highway 119, Black Hawk Street and Main Street. Traffic that normally uses Black Hawk St. will be rerouted on Selak St. Work is expected to begin Tuesday February 16, 2016, providing the ground thaws out, and will last a few weeks. Work will only affect traffic during the week and the intersection will function normally during the weekend from Friday thru Sunday. 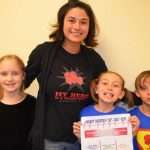