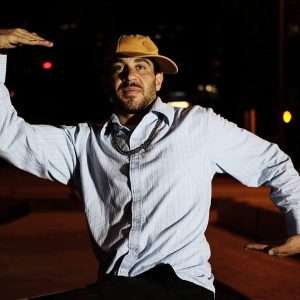 In the final week of 2018, we were shocked with the sudden passing of a courageous leader in the Hip Hop Community, Noah Theeman Lindberg, better known in the dance community as “Poppin Agenda.” Born in Denver, May 23, 1987 to Reed Lindberg and Marge Theeman, Noah died of smoke inhalation when his quiet cabin in Gilpin County burned on December 25, 2018.

Noah was well known in the national Hip Hop community as both a dancer and promoter of community events. He danced under the name “Poppin Agenda.”  Poppin is a type of street dance, which Noah loved and which helped him manage his severe Tourette’s Syndrome. Tourette’s is a neurological disorder that disrupts movement with uncontrollable tics. Rahman Jamaal, chairman of the International Hip-Hop Congress wrote, “Noah left so much for us to learn through his YouTube video series “Poppin4Tourette’s,” which shares his unique personal experience incorporating dance as a support mechanism to cope with Tourette’s Syndrome.

Noah’s life-long commitment to social justice causes led to his choice of the second name as a dancer, “Agenda.” Noah explained, “my charged up Agendas are general social justice, getting down, speaking up, health, harmony, unity, and also Tourette’s Syndrome awareness.” Noah’s support for social justice was integral to his life in dance. His participation in numerous marches, public advocacy, and outspoken support for minority rights began in middle school and continued through his life. Noah was the first high school student member of the local ACLU board in Boulder. His high school advisor wrote, “I knew the world would receive a good soul who would work hard to do what was right and extend that knowledge to others.” Another friend wrote, “Noah had a fearless ability to speak his mind and stand up for others.”

Please visit the Facebook group “In Memory of Noah Theeman-Lindberg aka Poppin Agenda” at www.facebook.com/groups/374652190004989 to share condolences and learn about the many upcoming concert tributes and memorial events.  Contributions in Noah’s honor may be made to The Tourette Association of America: https://tourette.org and/or to the Hip Hop Congress: www.hiphopcongress.com.