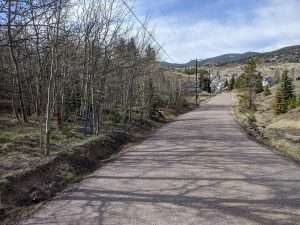 Mayor Fey led the Pledge of Allegiance and then asked for any amendments or additions to the meeting agenda. Alderman Hidahl asked to remove the HPC ratification from the Consent Agenda so they can have more discussion. Additionally, he requested the items under Staff Reports be a discussion rather than a report and be moved to a work session. Council agreed to remove the HPC approval from the agenda to be added to a future meeting as a discussion item. Attorney McAskin stated that they could remove the item from consideration with the other two items to be decided separately, and Council decided to move forward as the Attorney suggested. Council did not agree that a lengthy discussion regarding items proposed by the Manager should be removed from the Staff Reports, so they were not changed. Council approved the amended Consent Agenda consisting of the minutes from the April 21 meeting and regular bill lists through April 23.

Council next considered the HPC ratification of a new subdivision. Alderman Hidahl remarked, “I’m surprised this got past Staff, because this violates Chapter 1 of the Central City Design Guidelines.” He clarified that Guideline 1 which references settlement patterns. The Guideline states to “locate new buildings so they are arranged on their sites similarly to historic buildings in the neighborhood.” The new development creates a cul-de-sac which “historically there are no cul-de-sacs” said Hidahl. He continued his objections, saying that the development also violates Guideline 3 which is to “preserve the historic street layout.” The new development creates a cul-de-sac which is not historic. “Roworth is a straight street,” said Hidahl. He then quoted Guideline 8 which says, “Typical façade components shall be similar in size, proportion and importance to those of related elements that typically were found in historic structures in the neighborhood.” The Alderman concluded with, “The components (of the new development) are different than anything else in town.”

Alderwoman Johnson commented, “The Casey (street) has a cul-de-sac.”

Director Rears responded that they did work with the applicant to get as close to the confines of the design guidelines as possible, and Hidahl responded, “The primary feature of the façade should be the entryway. I cannot image a building that is more inappropriate than these.”

Alderwoman Laratta interjected, “If the preservation committee passed this and it was okay with them…” she faltered, then continued, “I think this should be back on the consent agenda, this is ridiculous!”

Alderman Aiken added, “I would like to see pictures of the houses past this development to see what kind of houses are in this neighborhood.”

The Mayor invited the applicant, Carl Schembri to comment. Mr. Schembri said, “There was something that happened at the turn of the Century and that was the invention of the automobile and that was a reality of the historical age.” He stated they designed the garages to be less visible and to blend in with the house. “People have an interest in parking their cars indoors away from weather.”

Alderman Hidahl clarified, “I’m not opposed to new construction; I’m not opposed to garages. But a garage should not be the primary feature of the façade.” He then reminded Council that this is a national historic landmark district. “We hold in trust this landmark for future generations,” he said and warned that changes and additions must be compatible to the district. “This development is grossly incompatible.”

Mayor Fey called for a vote and Alderwoman Laratta moved to approve the ratification of this development and after a long pause was seconded by Alderwoman Johnson. The Resolution passed three to two with Aldermen Aiken and Hidahl voting against.

Code Enforcement Officer Lisa Roemhildt introduced Resolution 20-16 which would approve a water tap fee incentive program. This would create water credits starting at 30% that would offset the water tap fees for new development. The rebates are available for both residential and commercial development.

Manager Miera introduced Resolution 20-17 which would extend the Emergency Disaster Declaration to May 31, 2020. Mayor Fey requested the date be moved to May 20th after their next meeting. Attorney McAskin commented that instead of bringing these extensions back each time, to extend it until Council cancels the declaration. Mayor Fey commented that he thinks it is “really important” to continue to have the discussion at each meeting. He feels “this is the most important thing I’ve done in my life second to marrying my wife.”

Alderwoman Laratta moved to approve Resolution 20-17 amending the end date to May 20th and was seconded by Alderman Aiken. The Resolution passed unanimously.

Council discussed a proposal for mandating masks for all individuals in commercial properties. There were differences of opinion between a mandate and a recommendation.

Mayor Fey adjourned the regular meeting. The next regular Council Meeting will be Tuesday, May 19, 2020 online via Zoom.

END_OF_DOCUMENT_TOKEN_TO_BE_REPLACED

Benefitting the county, schools, and much more By Don Ireland   This year marks the 30th anniversary of casinos opening in the former little mining towns of Black Hawk, Central City and Cripple Creek, Colorado. In those early years, smoking was allowed inside ... END_OF_DOCUMENT_TOKEN_TO_BE_REPLACED