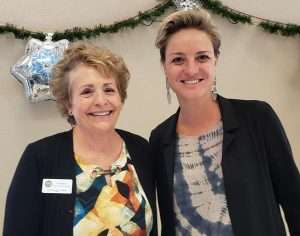 Regarding concerns for planned increased in air traffic over county

On Wednesday, December 18, our District 2 Colorado Congressman to the US House of Representatives Joseph Neguse wanted to listen to Gilpin residents, but he was working in Washington. Congressman Neguse sent to Gilpin County’s Community Center staffers Kim Redd and Jill Grano to be a part of the public debate on FAA’s Denver Metroplex plan.

The topic of the meeting was Gilpin County concerns for Federal Aviation Administration’s (FAA) Next Generation: Denver Metroplex Final Environmental Assessment (EA). The concerns are that jet traffic has increased already over Gilpin County in the last four years. The Metroplex plan will significantly increase the issue and the accompanying jet noise, with a possible domino effect of problems to follow.

A few other public meetings have been called on the topic, with a couple of those held at the Board of County Commissioners meetings. Each meeting has had a good turnout of residents, with a full room at the Community Center at this latest meeting on Wednesday. Everyone had been encouraged to post their comments to the FAA website or send a letter by mail before the public comment period ended on December 20, 2019.

The Wednesday afternoon meeting began at 1 p.m. with Jill Grano introducing herself. Her work experience has been in various public servant roles, and her current role is as Director of Community Affairs for US Congressman Joe Neguse. Kim Redd was also introduced as a Senior Constituent Advocate handling financial concerns, IRS, retirement, handling workforce issues, trade and economic development, child welfare, pre-K to higher education, and transportation. She was present to hear our concerns with increased jet traffic.

Ms. Grano gave a quick overview of the situation we are facing and passed out the letter Congressmen Neguse and Senator Bennett sent the FAA requesting an extension for this comment period. She requested that everyone who wished to speak be given three minutes to ask questions and make comments. After everyone had a chance to speak, others would be permitted to make additional comments. No microphones were used as the room was small enough to allow everyone to hear well. The meeting was scheduled to conclude at 3 p.m., when Gilpin County Commissioner Gail Watson needed to leave to attend another meeting. Side conversations began about 3:30 p.m., so it was impossible to capture all the ensuing comments.

Some of the Gilpin residents that made significant comments included. Commissioner Watson who reminded us that one of the most visited Colorado state parks is being impacted by air traffic and thanked everyone for coming to this meeting.

Commissioner Watson reminded us Golden Gate State Park is the third most visited State Park in Colorado, and will also be impacted by the increased jet noise. She thanked everyone for coming to the meeting and looked forward to more communication from Gilpin residents.

Donna Parman, a Gilpin resident who organized the local community resistance group, also thanked neighbors for attending and gave an overview of the timeline of events leading to our battle against the FAA’s plan to disturb our forests with increased air traffic over Gilpin County. She added that out of twelve states where the Metroplex Project is being studied, Colorado is ranked eleventh in states benefitting at all with any possible efficiency from the Metroplex Project.

Judd Motchan had done some research and recognized that Phoenix was the only implemented Metroplex Project plan able to be stopped by a court order. Gilpin would also need a lawsuit directed to the FAA to stop heavy air traffic. He asked if we would be willing to increase taxes to pay legal fees. His opinion was a resounding “No!” But he also offered other alternative solutions and encouragement to continue with efforts to stop this intrusion to our quiet mountain environment.

Another lady thanked so many people for coming and bringing suggestions, encouragement, and hope for resolving this intrusion to our community.

Another gentleman gave many positive suggestions for alternative solutions, with questions of the process to repair damages the Denver Metroplex Project plan is bringing to our community.

Lois Dratch commented on pilots who have traditionally used IFR- I follow roads. She also mentioned the concern for heavier traffic increasing the risk of aircraft accidents. If air highways are over wilderness areas, how would any rescue occur? Following roads and keeping the noise in one location, would improve rescues to downed aircraft as well as keep disturbing noise in concentrated areas.

Another resident of over 30 years talked about how loud air traffic noise was in the 90’s, and yet another long-time resident also confirmed that it was so much worse then, than it is now. Ensuing details about that perception was explained by how jet engines were louder then by design, plus full throttle acceleration was common practice to make it over the mountains, while traveling barely a thousand feet above the ground near Crawford Gulch and Golden Gate State Park.

Sheriff Kevin Armstrong gave comments regarding notifying the community on roadside signs of future meetings. Residents expressed their appreciation for his support and interest in these meetings, as well as his efforts with emergency management.

Some of the questions had to do with the process of how the FAA has come to the conclusions they did to move the flight plans from Boulder County into Gilpin County’s airspace. Gilpin residents asked good questions.

Q: Do we have information on diversions of flights?

Q: What methods have been used to sample noise experienced on the ground in Gilpin with overhead jet traffic in different weather and elevations of traffic?

A: None have been known to exist – only computer modeling of anticipated sound has been accepted by the NEPA.

Q: What about asking the FAA to re-evaluate our concerns? What process can we use to communicate?

A:  Sending comments online was the best current option open to communicate. Please use this opportunity to make comments to the FAA until Dec. 20. After Dec. 20, letters could be sent to all elected officials in Colorado and to the FAA. Another Town Hall meeting scheduled for January 13 is the next opportunity for dialogue with two Colorado elected officials. Next Door was recognized as an effective way to communicate our Gilpin concerns. Because Ms. Grano lives in Boulder and Ms. Redd lives in Fort Collins, they could not access our Gilpin Next Door information exchange.

Q:  Someone asked how else can we have community communications, updates and information sharing?

A: The Congressman’s office said they only have phone numbers to communicate through. They do not have the capacity to send text messages. They asked if we would accept robo-calls, but Gilpin officials said we don’t answer them.

Q: Is it possible to put something about Gilpin rather than the Caller ID phone number into a Robotic call?

A: We can try to see if that is possible.

Q: What can Coal Creek residents do who have been impacted by jet traffic?

A: Jefferson County Commissioners have not recognized the Metroplex plan as a problem. So contact them and let them know your concerns.

Q: Who has sent a comment to the FAA?

A: Very few hands were raised.

The meeting officially was adjourned at 3:30 p.m. To include further discussion of topics of concern, join other Gilpin residents on Monday, January 13, 2020 at 6:30 p.m. for the Town Hall meeting with Colorado Sen. Story and Speaker of the House KC Becker. The meeting is currently scheduled for Gilpin Community Center, but please check the Gilpin County website and social media postings prior to the meeting to be sure it has not been moved to a different location.

END_OF_DOCUMENT_TOKEN_TO_BE_REPLACED

Where the dead get to tell their story By Jaclyn Schrock On Saturday, August 21, the Gilpin Historical Society held their annual Cemetery Crawl. Tickets allowed the shuttle of hundreds of guests from the Teller House parking lot to the Cemetery. Depending on v... END_OF_DOCUMENT_TOKEN_TO_BE_REPLACED