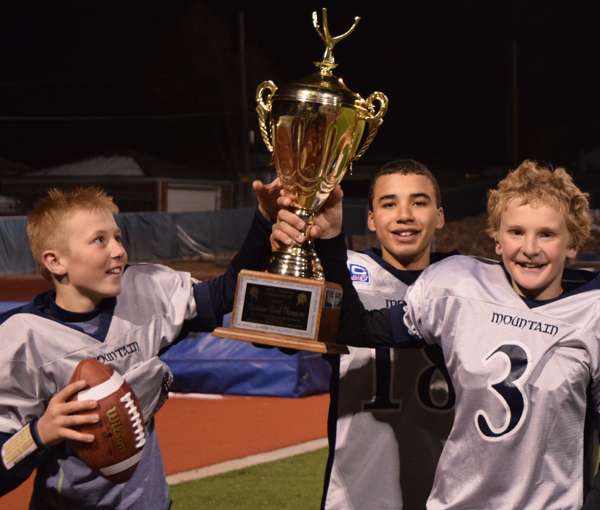 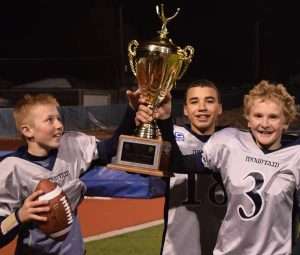 The Alameda Pirates with a season record of 9 wins and 1 loss were determined to best the undefeated Mountain Predators in this year’s Carnation Bowl playoff.

After receiving the initial kickoff, the Pirates retained possession of the football for the first 13 plays of the game. The Predators finally held the Pirates through a 4th down to gain possession for the first time in the game on their own 24-yard line. Five plays and two penalties later, on the Predators own 10-yard line, Lauritano (1) stood in as QB and tossed a screen pass to Stephen King (18) who ran the left edge for a 90 yard TD. Eric Hartness (10) followed up with a 2-point field goal.

Defense was the name of the game in the 2nd quarter as neither team scored.

About halfway through the 4th quarter, the Pirates made a TD on a QB sneak from the Predators’ 1-yard line, but failed to score on the conversion when the Predators, again, blocked their field goal attempt. With five minutes left in the quarter, over the next eight plays, the Predators made three first downs and moved the ball to the Pirates 1–yard line. Then with 50 seconds left on the game clock, the Predators used up the rest of the time taking two knees to win the game 14 to 12.

This year’s victory was made all the sweeter by the fact that the team lost in its only other trip to the Carnation Bowl in the 4th Grade. Coach Egger said, “The character that this team showed all year was astonishing. In all my years of coaching I have never seen a team work so hard for each other. Their development, growth, dedication, and commitment to get better and to help each other grow are what made us champions. I am honored to be the coach of these 21 very fine young men – we are the champions.” Coach Egger, the team and especially the three Gilpin players and their families would like to thank the many Gilpinites who attended the game to support our boys. 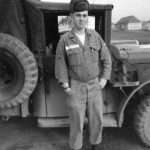