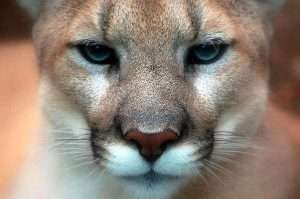 Parents warned by CPW to watch their children

In Colorado, living aside nature is often a part of the normal day-to-day routine. This tends to mean that additional safety measures may be required to protect both human and animal life.  Mountain lion activity has been on the rise recently, with one of the latest incidents involving a mountain lion that found its way into a Colorado garage via an open door.

This example shows why it is important to keep your doors and windows safely secure when you live in an area with wildlife. Mountain lions aren’t the only dangerous animal that can get inside your house. Curious bears also make regular break-ins.

Colorado Parks and Wildlife, Southeast Region posted a warning on their Twitter page after reports of multiple mountain lions stalking prey in an unnamed Colorado Springs neighborhood. In a two-part tweet that included a video of a lion killing a rabbit in what appears to be someone’s backyard, they urged those in lion country to keep a mindful eye on their children and pets while they’re outdoors.

Though mountain lion attacks on children are rare (attacks on pets are much more common), this tragic incident does occur and it can happen in spots one might not expect.

Just last year, an 8-year-old boy was attacked moments after leaving his backyard trampoline to walk into a neighboring yard. The boy’s father was able to scare off the mountain lion, but the boy still a faced serious injury from the lion clamping down on his head. The mountain lion was euthanized, along with another local lion, as a result.

Multiple recent attacks in Colorado have involved juvenile cats, likely inexperienced in hunting and desperate for food. Mountain lions are also known to attack when threatened or when protecting a kill.

Mountain lions are typically calm and elusive. They call home to areas around mountain subdivisions, urban fringes and open spaces, according to CPW. Neighborhoods close to large natural spaces and with access to prey are where lions are most likely to be seen. Wildlife present in the neighborhood can be tempting to cats on the hunt. The best deterrent to a mountain lion attack is to stay in groups. Avoid leaving children and pets unattended. If you see a mountain lion, do not approach it. Stay calm, make yourself look larger (i.e., raise your hands, open your jacket) and step backwards slowly.

If you happen to find a wild animal in your home, call Colorado Parks and Wildlife or local animal control to handle the potentially dangerous situation. Even something smaller or typically more docile can become dangerous when threatened. The safest thing for both the homeowner and the animal is to let trained authorities handle the situation.

END_OF_DOCUMENT_TOKEN_TO_BE_REPLACED

Where the dead get to tell their story By Jaclyn Schrock On Saturday, August 21, the Gilpin Historical Society held their annual Cemetery Crawl. Tickets allowed the shuttle of hundreds of guests from the Teller House parking lot to the Cemetery. Depending on v... END_OF_DOCUMENT_TOKEN_TO_BE_REPLACED