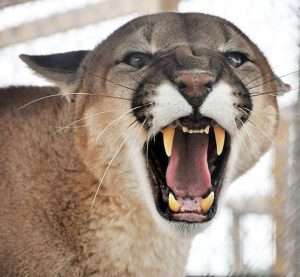 Colorado Parks and Wildlife officials are investigating a lion attack on a five-year-old-boy that occurred Friday evening, June 17, at approximately 8 p.m. in the community of Lower Woody Creek, a few miles north of Aspen.

Pitkin County Sheriff’s deputies and a Forest Service Ranger were the first to arrive at the scene and killed a lion believed to be responsible for the attack. According to CPW officials, the approximately two-year-old male lion was observed in the area of the incident when it was killed.

Witnesses reported that two lions were seen in the near vicinity prior to the incident.

Officers with Colorado Parks and Wildlife and the USDA’s Wildlife Services are tracking the second lion and it will be put down when found.

Colorado Parks and Wildlife officials are conducting a full investigation of the incident and will release additional information as it becomes available.

A necropsy will be performed on the lion or lions suspected in the attack.

The last known lion attack on a human in Colorado occurred in July of 2015 when a young lion attacked a man as he fished along the Coffee Pot Road, north of Dotsero. The man received scratches and bites on his back and was treated and released from a local clinic. The lion in that incident, described as a small, yearling male, was tracked and killed.

CPW officials have cautioned the public that lion sightings are increasing across Colorado, likely due to a growing human population encroaching on lion habitat in conjunction with a robust lion population in the state.

After an extensive necropsy at CPW’s Health Lab in Fort Collins and DNA analysis at the Wyoming Game and Fish Laboratory, Colorado Parks and Wildlife is confirming that the lion killed by officers last Friday evening is the same lion that attacked and injured a young child at a residence in the community of Lower Woody Creek.

The lion that attacked the child and a second lion witnesses say they saw traveling with the first, are estimated to be between 7-9 months old and approximately 40 pounds each. They were in good overall condition and tested negative for plague and rabies.

“This is very good work by everyone involved,” said CPW Northwest Regional Manager Ron Velarde. “From the time of the incident to the verification that the right lion was killed, there was a lot of hard work going on in the background by very professional people to get these results in a timely manner.”

Immediately after the child’s parents reported the attack, a Pitkin County Deputy and a federal law enforcement officer working for the U.S. Forest Service arrived at the scene and discovered a lion under a tree in the backyard of the home.

Early Saturday morning after the attack, CPW officers and an agent with the USDA’s Wildlife Services tracked and killed the second lion.

“We acted out of an abundance of caution when we made the decision to kill the second lion,” said Velarde. “These two cats were traveling together and learning to hunt and survive together, and one of them attacked a child. We are not going to take chances in a situation like this. It is the right decision.”

Velarde adds that in cases when wildlife has injured a person, human health and safety is the priority and guides the agency’s actions in finding and killing the responsible animal.

“Our thoughts and prayers go out to the victim and the family,” he said. “This is a tough thing for any parent to experience. The mother’s reaction to fight the lion likely saved the child’s life and it is a good thing she responded like she did.”

Wildlife officials say both lions were not old enough to survive on their own. Though not confirmed, they suspect the mother had likely been killed in a separate incident.

For more information about lions and lion safety, visit http://cpw.state.co.us/learn/Pages/LivingwithWildlifeLion1.aspx

Colorado Parks and Wildlife offers extensive information on its website.  If you live in lion country, keep the following tips in mind:

END_OF_DOCUMENT_TOKEN_TO_BE_REPLACED

Benefitting the county, schools, and much more By Don Ireland   This year marks the 30th anniversary of casinos opening in the former little mining towns of Black Hawk, Central City and Cripple Creek, Colorado. In those early years, smoking was allowed inside ... END_OF_DOCUMENT_TOKEN_TO_BE_REPLACED