Twenty years after Colorado reintroduced the Canada lynx to the state, wildlife managers are monitoring the big-footed felines in the San Juan mountains using remote cameras and wintertime snow tracking.
Colorado Parks and Wildlife believe the lynx population is stable in the core area of the San Juan Mountains at about 150-250. Biologists know, however, that lynx have also dispersed to other mountainous areas of the state.
CPW released 218 lynx from 1999 to 2006 and all the animals were fitted with telemetry collars so each could be tracked. Before CPW stopped monitoring the collars in 2011, biologists documented that the reintroduced lynx and some offspring were reproducing and expanding their range. In 2010, CPW declared the reintroduction program a success.
No monitoring was done for a few years, but CPW biologists always understood the importance of long-term study. In 2014, CPW biologists launched a 10-year monitoring project that is both high-tech and old school. The project is now in its sixth year.
“Successfully reintroducing lynx was one of the most significant projects Colorado Parks and Wildlife has ever accomplished and it’s important that we continue to learn how the lynx are doing,” said Scott Wait, senior terrestrial biologist in CPW’s Southwest Region. He was on the initial reintroduction team and is one of three lead investigators on the current study.
Because they are elusive and live in remote, high-altitude spruce-fir forests, estimating a precise population of lynx would be prohibitively expensive. Instead, CPW biologists use occupancy monitoring techniques. Occupancy, basically, is a record of the presence of animals in appropriate habitat. The current monitoring is being conducted within a 20,000 square kilometer area (9,600 square miles) in southwest Colorado.
Biologists randomly selected 50 units for study, each measuring about 29 square miles and divided into quadrants. One camera is placed within each quadrant.
In addition, during winter, biologists and wildlife officers survey the plots on skis or snowmobiles looking for tracks and picking up lynx scat and hair ‒ if they can find it ‒ for genetic analysis. Wait explained that most evidence of lynx occupancy is found through snow tracking because surveyors can travel long distances in multiple directions. Tracking is difficult, however, because it must be done within two days of a snowfall and some areas can’t always be accessed safely.
For the remote locations, CPW staffers hike or go in by horseback during the warm months to place the cameras. At the sites, scented lures are placed and feathers are hung from branches as attractants.
“Cats are very curious and very sight-oriented. So the odors and fluttering feathers, hopefully, bring them past the cameras,” Wait said.
The cameras take pictures when movement and heat are detected. Besides the photos, the cameras also record the time, date and temperature.
CPW crews go back to the areas as soon as possible in the spring to retrieve the cameras so that photos can be downloaded into a specialized database. More than 100,000 photos are taken each winter season and sorting through them is an exacting process. Besides lynx, the cameras capture hundreds of pictures of elk, deer, bears, mountain lions, coyotes, birds, etc. While animals in all the photos are identified, looking for photos of lynx is the highest priority. To assure correct identification, two people look at each photo.
Not surprisingly, few cameras get a glimpse of a lynx. On average, only 8-14 cameras capture a shot of a lynx throughout the winter. Biologists employ statistical techniques and use the snow-tracking results in combination with the images to estimate the occupancy rate of lynx in southwest Colorado, explained Eric Odell, species conservation program manager for CPW. He is based in Fort Collins and one of the principal investigators.
“We can’t feasibly make a precise population count, so we monitor for occupancy,” Odell said. “Through our monitoring, the photos and snow tracking, we can look at trends to determine where occupancy is going up or down. We assume that if more areas are occupied by lynx that means the population is doing well and expanding. Conversely, if occupancy is declining, we assume that fewer lynx exist on the landscape and reproduction is not keeping pace with mortality.”
The monitoring, Odell said, is showing that the population in the San Juan Mountains is stable. But lynx have also expanded outside of the core area as CPW regularly gets reports of sightings in the central mountains. Considerations are in place to expand monitoring to other areas of Colorado.
Whether by camera or snow tracking, the monitoring work is challenging. Two years ago little winter tracking could be done due to sparse snowfall. At the camera sites, because they are placed at angles in anticipation of deep snow, the cameras were pointed too high in many locations to see animals on the ground. Last year the abundance of snow buried many cameras and also kept some tracking sites off limits because of avalanche danger.
“There are a lot of variables we have to deal with,” Odell said. “But that’s the nature of wildlife surveys. We made a huge commitment to reintroduce lynx to Colorado 20 years ago and we continue that commitment.”
CPW would like to know about sightings of lynx throughout the state. Go to this link to file a report: https://cpw.state.co.us/learn/Pages/SOC-LynxSightingForm.aspx. Reports must be filed from a computer. Lynx live at 8,000 feet and above. Large feet are their distinguishing characteristic. Some people confuse bobcats and lynx as both have pointed ear tufts.
To learn more about lynx, go to: https://cpw.state.co.us/learn/Pages/SpeciesProfiles.aspx.
CPW is an enterprise agency, relying primarily on license sales, state parks fees and registration fees to support its operations, including: 41 state parks and more than 350 wildlife areas covering approximately 900,000 acres, management of fishing and hunting, wildlife watching, camping, motorized and non-motorized trails, boating and outdoor education. CPW’s work contributes approximately $6 billion in total economic impact annually throughout Colorado. 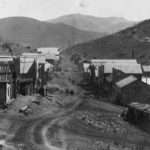 The Mines of Colorado
Next Article 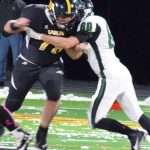