Mayor Fey convened the regular meeting of the Central City Council at 6:32 pm on Tuesday, August 17, 2021, in City Hall Council Chambers. Council members Jeff Aiken, Judy Laratta, and Mayor Jeremy Fey were present. Council immediately entered Executive Session for legal advice regarding Section 2.6 of the Home Rule Charter. Section 2.6 is specific to handling vacancies on the Council. The section includes language that requires Council to fill a vacancy no later than 30 days after a vacancy occurs if there remains at least 180 days in the term. On July 6, 2021, Alderwoman Jackie Johnson publicly announced her official resignation that evening. No appointment has been made and it has been longer than 30 days since the vacancy.

Conflicted About Conflict of Interest

Mayor Fey reconvened the regular Council Meeting at 7:51 pm. Alderwoman Tinucci joined remotely via Zoom. Fey led the Pledge of Allegiance and then asked for any amendments or additions to the evening’s agenda. No changes were made to the agenda.

Mayor Fey asked if there were any conflicts of interest for any member of the council. Alderwoman Laratta commented that Alderwoman Tinucci would have a conflict with item number seven (the appointment of a new Council member) because she reported one of the applicants for Council (Michele Roussel) was a former employee and current tenant. Tinucci disclosed this at the regular meeting on August 3. Laratta continued that Tinucci should recuse herself from the vote for appointment. Alderman Aiken also asked Alderwoman Tinucci to recuse herself from the vote to “avoid an appearance of impropriety.” Mayor Fey commented that the financial arrangement between Tinucci and Roussel is independent of Council and there is no conflict. Alderwoman Tinucci responded that she is “not prepared to recuse herself.” She said that she feels there is no benefit to her to have a tenant on Council and it doesn’t change her opinion about her decisions. “I do not feel comfortable recusing myself.”

Manager Miera commented that per the Charter when there is a conflict with a member that they should not be part of a discussion regarding that conflict. He read Article V, Section 5.7, paragraph (b) verbatim for clarity.

Attorney McAskin spoke up to ask some questions of Kara (Tinucci) and Michele (Roussel).

“Can you tell me about the lease you have with Michele?” asked McAskin. Kara responded, “The lease began Sept 2019 for one year and was extended another two years.” McAskin asked if there were any terms in the lease that would increase or decrease the rent if Michele were appointed to council to which Kara responded, “No.” McAskin then asked of Roussel, “Is there any term or provision of the lease that deals in any way with being on City Council?” Michele responded, “No.” McAskin then asked, “Do you believe having this relationship with Kara would impact or impede your ability to make independent decisions on Council?” to which she responded, “No.”

Manger Miera took up the questioning asking Michele, “When the lease was put together, did either of you know of this vacancy?” Roussel replied, “Absolutely not.” Miera then asked of Kara, “Is there anything in the lease agreement that allows it to be renegotiated at any time?” Tinucci responded, “No.”

Attorney McAskin then recited Article IV, Chapter 2-4-30 regarding conflict of interest emphasizing respect to matters determined by the City Council to involve the common public interest. He then asked Council, “Would you decide that filling a vacancy is a matter of common public interest?” Each Council member affirmed that is the case. “Based on the responses received and based on your decision that the appointment is a common interest to then public community,” replied McAskin, “I do not perceive this private agreement that they have to constitute a conflict of interest according to the provision in the Municipal Charter.”

Alderwoman Laratta commented that according to the Code of Ethics that a Council person must recuse themselves to avoid an appearance of impropriety and this looks like impropriety.

Mayor Fey polled the Council asking, “Do you believe there is a possible conflict of interest?” Alderwoman Laratta said yes; Alderman Aiken and Alderwoman Tinucci said no. Mayor Fey then said his answer is also no.

The Mayor called for a motion to approve the consent agenda which consisted of the minutes from the August 3 meeting and regular bill lists through August 3; additionally, the approval of three Historic Preservation Paint Reimbursement Grant applications; and one new construction of a duplex on Eureka Street. The applicants represent the dwellings at 234 East 4th High Street; 217 West 1st High Street; and 314 East 4th High Street. Alderwoman Laratta moved to approve the Consent Agenda and was seconded by Alderman Aiken. The motion passed unanimously.

Mayor Fey moved to appoint Michele Roussel to sit as Alderwoman through the remainder of Johnson’s term (ends December 31, 2022) and was seconded by Alderwoman Tinucci. Fey commented that this has been a very interesting period in his tenure, and he is “a fan of Michele’s in the community. I have watched her perform diligently, honestly and whole-heartedly her duties” at the art gallery and this community. The call for vote showed that Alderwoman Laratta and Alderman Aiken voted nay and Alderwoman Tinucci and Mayor Fey voted yay. A tie vote means the motion does not pass.

Prior to the vote, Mayor Fey commented that he “is of the opinion that if this vote is a tie, they should go to a special election.” He stated he was against appointing all along because “I don’t think we should be king-makers.” Alderwoman Laratta commented that it was the community that voted and approved the Charter saying we had the option to appoint.

Alderwoman Laratta moved to go to a special election at a date to be determined by the City Clerk and was seconded by Alderman Aiken. The motion passed unanimously.

Community Development Planner and Main Street Advisor Lisa Roemhildt introduced Resolution 21-23 which would support the grant application for a Main Street Open for Business grant from the Department of Local Affairs (DOLA). The grant awards money to improve energy efficiency and aesthetics of the Main Street buildings. Applications are due to DOLA by August 23rd. The Grant requires a twenty percent local match and monies are project specific.

Mayor Fey asked if the twenty percent match doesn’t have to come from the City but can come from the participants in the program. “Yes, that’s correct” responded Lisa.

Alderwoman Laratta moved to approve Resolution 21-23 and was seconded by Alderman Aiken. The Resolution passed unanimously.

Addendum to the Paint Preservation Program

Historic Preservation and Code Enforcement Officer Lindsey Flewelling introduced Resolution 21-24 which would approve a second amended City of Central Historic Preservation Paint Reimbursement Grant Program Grand Guide for 2021. This Resolution adds reimbursement for property owners who choose to paint their own buildings rather than hire a licensed contractor. At the August 3rd meeting, Council directed Staff to include this provision making this Resolution necessary. Up to $2,000 may be reimbursed to property owners for cost of supplies.

Miera reported that the Gaming checks for FY 20/21 will come in at the end of September or beginning of October. Mayor Fey wanted to emphasize some of the dates for budget discussions which are open to the public and encouraged the public to get involved.

Miera then commented that the Hot Rod Hill Climb has cancelled their event and wanted to note that the County was not responsible and that it was the decision of the event organizers.

Alderwoman Laratta commented, “I’ve noticed that recently there have been a few articles about other mountain towns where when a house gets sold it gets bought by an AirBnB and they are having a hard time keeping rents down for the people that live there,” so they are enacting ordinances that restrict these uses (short-term rentals). “I think we need to keep an eye on this here.” Alderman Aiken commented he has a property near where he lives that is a short-term rental “and I believe they are beneficial.” This is a second home for the property owner which would normally stand vacant. “They bring in people to town that spend money; I don’t want to see a whole lot of AirBnB’s, but it’s better than second homes sitting empty.”

Alderwoman Tinucci thanked the City and Lisa Roemhildt and the Main Street Commission “who pulled off Lou Bunch Day. It was just so nice to see the City so vibrant again.”

Mayor Fey commented, “I’m a free market kind of guy, but I agree wholeheartedly with Alderman Aiken that it would be better to have guests instead of empty houses.” He then apologized to the candidates that they had to go through all of “that.” He also agreed with Kara regarding Lou Bunch Day saying, “It was good for our town.”

Mayor Fey opened the floor to the public for anyone who wished to speak to the council on any items not on the agenda. Three people chose to address Council.

Deb Wray, President of Gilpin Historical Society, spoke to Council reporting, “This Saturday (August 21) we are having our 32nd Cemetery Crawl at Bald Mountain Cemetery. It will start at 9:30 and can get tickets at Washington Hall or online. Hopefully we can do our Creepy Crawl this October; we’re planning on it.”

Peter Droege, Vice President of the Belvedere Foundation next addressed council saying, “We need to do a better job at communicating the progress we are making on the Belvidere. The key to this effort was Resolution 16-31 which has resulted in $2 million. There is a lot going on and we promise to do a better job to keep people updated.” The Foundation meets every other week.

Michele Roussel, Gallery Manager of Washington Hall the Gilpin Arts Association addressed Council reporting, “The Gallery is starting the Annual Members Show on this Saturday the 21st, so after the Cemetery Crawl, come on by and check it out. Thank you to the City on all the support you give us.”

Mayor Fey adjourned the regular meeting at 9:03 pm. The next regular Council Meeting will be Tuesday, September 7, 2021. 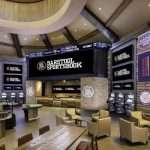 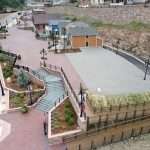