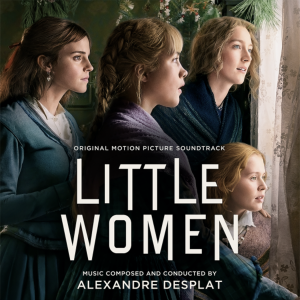 The seventh adaptation of Louisa May Alcott’s beloved book, “Little Women,” has hit the theaters just in time to be in contention for an Oscar nomination for Best Picture (and for Best Actress, Best Supporting Actress, Costume Design, Original Score, and Best Adapted Screenplay). Three of the prior versions; 1933, 1949, and 1994, also landed eightnominations between them with two wins; Victor Heerman and Sarah Y. Mason for Best Adapted Screenplay in 1933, and Best Art Direction in 1949. There is already controversy in this year’s Oscars for the lack of nomination for the female director, Greta Gerwig (director of critically acclaimed “Lady Bird” in 2017), which begs the question – did she deserve the nomination?

Nineteenth century sisters, Jo, played by Saoirse Ronan (“Lady Bird,” “Hanna”), Meg, played by Emma Watson (the “Harry Potter” movies, “The Perks of Being a Wallflower”), Beth, played by Aliza Scanlen (“Sharp Objects,” “Home and Away”), and Amy, played by Florence Pugh (“Lady Macbeth,” “The Falling”), are growing up in the shadow of the Civil War under the care of their mother, Marmee, played by Laura Dern (“Jurassic Park,” “Wild”), while their father is supporting the war efforts of the Union. Jo rebels against traditional roles for women and pursues a career as a writer without regard to relationships, while Meg adheres to the traditional roles causing tension between the two. Beth is a gifted pianist and the quietest of the four; meanwhile, Amy’s youthful exuberance often rears its ugly head in the selfishness of immaturity. Nevertheless, the sisters are family and will rally around each other in times of need. Marmee tries to raise them with a spirit of selflessness in spite of their poverty and watches helplessly as each one chooses their own path for good or ill. Fortunately for Amy, their well-to-do Aunt March, played by Meryl Streep (“Mamma Mia,” “Into the Woods”), whisks her off to France where she matures on her own. They face obstacles of societal construct, poverty, unrealized dreams, and heartache on their road to becoming women.

Acting. It is hard to go wrong with a cast that includes award winning caliber acting of Saoirse Ronan, Emma Watston, Laura Dern, and Meryl Streep. Newcomers Florence Pugh and Eliza Scanlen show strong ability and we should see more of these two in the future. Timothée Chalamet, who plays the neighbor boy Laurie, is a little one note, as are all the men in the movie, but endows the role with all the energy and joy he can muster.

Set Design. The scenery immerses you in 1800’s America and can sometimes be the star of a scene. Store fronts, interior design and décor reflect the Victorian era well.

Score. Composer Alexandre Desplat has more than 100 scores under his belt including music from “Fantastic Mr. Fox,” “Moonrise Kingdom,” and the haunting tones from “Harry Potter and the Deathly Hallows” parts one and two. For “Little Women,” he melds his original score to seamlessly segue with the classical music intertwined throughout the film. This takes a deft touch and intimate knowledge of the classical composers, but what it does not do is add to the movie in any way whatsoever. With the exception of one discordant note during a scene of tense sadness, he does not reflect any emotion of the plot and never creates a unique tune that you could associate with the movie. His talent is unquestionable, but this score should never have been nominated for an Oscar.

Costume Design. While the costumes were Victorian in design, they were mostly underwhelming. An exception to the rule was the painter’s smock with its hooks and ties that are very appropriate and add to the story. One of the problems I had with the costumes was that for a poor family, they sure had a lot of changes of clothes which were always flawless and spotless (until the plot called for it). Again, I don’t believe this was worthy of an Oscar nomination.

Editing. Much of the story is told through the use of flashbacks, which itself is an interesting choice. Adapting this story to the screen is challenging with so much story with many characters, so using the flashback scenario is a method to focus attention on one character’s journey at a time. What didn’t work was there was no clear definition between the past and present. The hairstyles did not change and no visual filter was applied. The audience has to pay close attention to the dialogue just prior to a flashback and notice the change in background scenery to discern the timeline. The mental acuity it takes to follow the back-and-forth can be exhausting. I also think the “present” was too far forward in the storyline for great story-telling. Far too much was given away in the “present” before the past was shown, which might work well for horror, but not so much for this genre.

I have not read the book, so I cannot comment how well the movie was adapted, but “Little Women,” despite its flaws, tells a great story with relevant messages for today’s world. The acting is fun to watch and the underlining joy will hopefully be projected onto you by the end. There seem to be a couple throw-away lines to force relevancy upon the present, but the one that stands out comes from Meg, “Just because my dreams are not the same as yours doesn’t mean they’re unimportant.” My dreams for this movie are different than Greta Gerwig’s and that’s okay. The movie is rated PG for thematic elements and brief smoking. I don’t believe there is much offensive for children, but it would be difficult to follow and a bit dry for the young ones. The message from Aunt March to consider marriage as a path out of poverty may not hold much water to today’s lovers. The costume design and especially the editing are in the director’s hands and that alone may be the reason Gerwig was not nominated. She is a talented director, but this one got away from her. I rate the film three out of five lavender slippers and my beautiful daughter rates the film three and a half out of five scorched dresses.