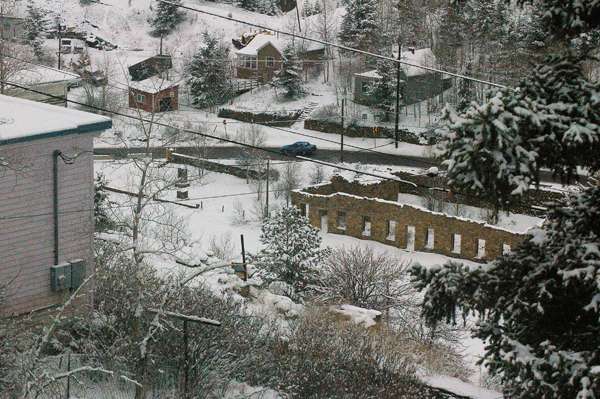 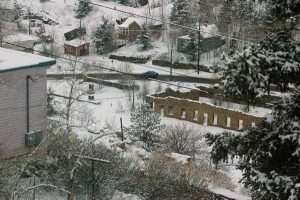 Mayor Fey asked if there were any conflicts of interest for any member of the council. Two council members expressed conflicts with Item #7; a Resolution to reopen Leavitt Street for a special event.

Alderwoman Tinucci reported she is a managing member of company with intent to utilize the Leavitt Street Market and would have direct financial gain. City Attorney Marcus McAskin responded that although the financial gain would not be very significant, “I think you’re doing the right thing disclosing that and I would ask you recuse yourself for Agenda Item #7.”

Mayor Fey also reported that he has a vested interest in a company that would receive financial gain and will recuse himself for that item.

The Mayor called for a motion to approve the consent agenda which consisted of the minutes from the April 6 meeting and regular bill lists through April 6. Alderwoman Laratta moved to approve the Consent Agenda and was seconded by Alderman Aiken.

Alderwoman Laratta commented, “I think we’re doing a real good job of holding our payments down, and insurance is expensive.” The City is paying CIRSA $30,765 per quarter for Worker’s Compensation and General Liability insurance.

Alderwoman Johnson inquired about an expense for Lisa Roemhildt of $99 to attend the Main Street Conference whether she will be attending virtually or in person? Lisa Roemhildt, Community Development Planner and Main Street Advisor responded that the conference was last week, and she attended virtually. She also reported that attendance by at least one Staff member or Council member is required for Main Street membership and that she went on a scholarship that reimburses the fee.

Mayor Fey opened the floor to the public for anyone who wished to speak to a topic on the night’s agenda. One person chose to address Council.

David Josselyn, resident of Gilpin County spoke to council in support of Resolution 21-11 saying this reflects good economic movement for the City. “I was there in 2016 when the decision was made to close Leavitt Street, and although I don’t agree with the reasons for the closure, it might have been a good thing at the time.” He said the Council has done a good job of moving the economy forward in the last year and this Resolution is just a part of that.

The Council considered approval on one Ordinance, one Resolution, and a non-profit grant funding for 2021.

Leavitt Street Market is a Go

Community Development Planner and Main Street Advisor Lisa Roemhildt introduced Resolution 21-11 which would authorize the conditional use of Leavitt Street for special events. This reverses a decision in 2016 that closed the street to all public access. Leavitt Street is a short dirt path spanning Gregory Gulch in front of the old Masonic Temple ruins. The street was closed primarily because of its use by the bus companies as a parking spot between trips. One bus in particular was leaking contaminants into the soil and many buses would idle their engines while parked for hours which irritated residents having to hear that, leading to the decision to close the street. City Staff recently received a temporary access request for a special event during the summer of 2021 to hold an open-air market on weekends.

Alderman Aiken asked, “Wasn’t the original reason (for closure) that the lady that lived across the street complained about buses idling?” Manager Miera replied yes, and one of the buses was leaking contaminants which “sealed the deal.” He clarified that the Resolution would only allow access during the event, so would not remain open during the weekdays.

Alderman Aiken moved to approve Resolution 21-11 and was seconded by Alderwoman Johnson. The Resolution passed unanimously three to none.

A New Casino for Central City?

Director Rears introduced the first reading of Ordinance 21-03 which would approve a lease agreement with purchase option for property commonly known as Scarletts, 130 Main Street, with Sprt Entertainment, LLC as tenant, and conditionally approving the sale and transfer of said property to Sprt Entertainment, LLC. The company is associated with casinos and includes devices in their request for proposal; however, they also operate escape rooms and other activities. Their intentions for the property; other than gaming, are not clear in the proposal, but one item on the table is an indoor market on the ground floor. The purchase price, before discounts is $1,940,000. Proceeds of the sale will be put into the Property and Development Trust Fund and although not specified, may be used for the Belvedere Theatre rehabilitation and development.

Alderwoman Laratta moved to approve the first reading of Ordinance 21-03 and set the public forum and second reading for Tuesday, May 4, and was seconded by Alderwoman Johnson. The motion passed unanimously with Alderwoman Laratta voting “absolutely yes!”

Non-Profits Get an Early Present

Manager Miera introduced an item requiring a motion from the Council that would change when certain non-profit funding would be released. The City has provided three non-profits, The Central City Opera, Gilpin Arts Association, and The Gilpin Historical Society, with $25,000 each annually. These funds are normally disbursed at the end of the calendar year; however, they have received a request to have them disbursed earlier.

Mayor Fey reported that the Opera is planning to repair two roofs and some painting on Opera properties this year which wouldn’t start until September. They could possibly get an early start prior to their festival season with an early disbursement.

Alderwoman Laratta replied, “I don’t like the idea because I don’t trust them.” (the Opera). She explained that they messed up the deal a couple years ago. Manager Miera countered that in discussions with the Opera, he knows they are procuring the resources and the contracts for projects this year and having the funds ahead of time “is a good idea.”

Alderwoman Johnson said, “I’m pretty good with it” especially if they can get something done before the busy summer season.

Alderman Aiken commented, “I’m all for it.” They’ve already done a lot of work on the Penrose and the Johnson Houses. “I would like to see the Opera resolve Teller House access” during the off season as people come up to ask to see “the Lady on the Floor.”

Alderwoman Tinucci reported that JKQ BBQ will be open for summer operations, although not until later in June due to a special event they are catering.

Mayor Fey stated that these three entities are the “cultural cornerstone of the State.” All three are the oldest operating types of their kind in the State. “I would even entertain increasing those funds to them.” He also commented that an increase would be a discussion for another day.

Alderwoman Laratta moved to approve the motion and was seconded by Alderwoman Johnson. The motion passed unanimously.

Director Ray Rears gave an update on the Historic Preservation Community Grant Program which will be presented as a Resolution at the May 4th meeting. This program gives grants to residential historic properties for their preservation through paint. There are three rounds of grants for June 1, July 1, and August 1. Each grant has a cap of $2,000 per residence which would be in the form of up to a 50% reimbursement for paint and preparation work by a licensed contractor.

Alderwoman Tinucci expressed concern about the time frame for completion which is 120 days. “I believe 120 days is reasonable” but there should be grace due to difficulty getting contractors up here. Mayor Fey responded that it makes sense to have a window of opportunity to file an appeal for an extension if it appears they are not going to make the 120-day deadline. However, it should not be an endless extension, there should be limits.

Manager Miera reported that per the Gilpin County Commissioners meeting on Thursday, April 15, the mask mandate will stay as it has been at least through May 15 and will be reassessed prior to the deadline.

He also reported that Staff has a Request for Proposal in development for the “LZ Lot.” The LZ Lot is the parking lot south of the City on the west side of the KOA Campground that has the water general. They have had some inquiries about purchasing the lot.

Miera then informed Council that they anticipate all repairs and upgrades to their media and sound system for Council Chambers will be complete prior to the next meeting on May 4th.

Alderwoman Laratta commented, “I suppose all of you noticed what happened nationally today (a verdict on the George Floyd case of guilty on all three counts of murder)” and said, “I think instead of flipping the bird we should all put up two fingers for peace.”

Mayor Fey commented, “We’ve gone through some tumultuous times with the pandemic; I thank God we’ve maintained relative health in our community.” He then asked Council that moving forward “we do our best to be here live for these council meetings. I miss you; there is an energy when we are all here.”

Mayor Fey adjourned the regular meeting at 8:15 pm. The next regular Council Meeting will be Tuesday, May 4, 2021. 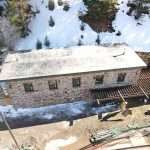 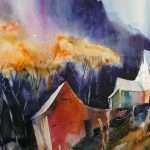