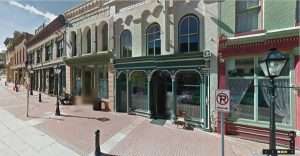 After reciting the Pledge of Allegiance, Mayor Ron Engels asked for any amendments or additions to the agenda or if any agenda items presented a conflict of interest. Attorney McAskin requested an Executive Session be added at the end of the meeting for legal advisement regarding Article II of Chapter 15 of the Municipal Code.

Mayor Engels opened the floor to the public for anyone who wished to speak to a topic on that night’s agenda. No one chose to address council at this time.

Procedural Changes to the Code

City Attorney McAskin reviewed the second reading of Ordinance 15-01 which would make minor revisions to the City Council Rules of Procedure. The revisions would clarify Rule 1, insert Rule 5, and renumber rules to include the new Rule 5.

Rule 1 addressed meetings held by the City with the Council which would include both regular Council Meetings and Work Sessions. The revision removes language stipulating these are held on the second and fourth Thursdays of the month; clarifying the public hearings are not held during work sessions; the Council is not required to take public comment during work sessions; and the public may address the Council at their discretion if time permits. The current practice is to have work sessions on the first and third Tuesdays of the month.

Alderman Gaines suggesting a change Rule 1 to clarify that community input is welcome and McAskin agreed to the change. Alderman Voorhies moved to approve Ordinance 15-01 and was seconded by Alderman Kathy Heider. The Ordinance passed unanimously.

Leasing New Life into the City

City Manager Daniel Miera reviewed the second reading of Ordinance 15-02 which would approve a Lease Agreement for the premises of 117, 123, and 125 Main Street. The property is owned by Central City LLC, a Delaware limited liability corporation. The purpose of entering a Lease Agreement is to provide space to entities that would not normally exist in the local economy such as art galleries and museums. Central City intends to use the premises as overflow meeting space, to showcase public art, for special festivals and events. The Lease Agreement will cost the City one dollar for the length of the lease which expires December 31 2016. There is an option to extend the Lease at one dollar per year thereafter. It will also cost the City all property taxes that would normally be collected for the building. Alderman Gaines moved to approve Ordinance 15-02 and was seconded by Alderman Heider. The Ordinance passed unanimously.

City Building Official Gary Pringey introduced the first reading of Ordinance 15-03 which would repeal and reenact Article I of Chapter 18 of the City Code. Within Article I of Chapter 18 are the codes for buildings, fire, residential dwelling, mechanics, plumbing, conservation, and fuel. Pringey stated that this would bring the City up to current standards as the current Code is from 2009. Council requested time to review all the changes for impact to the City. Alderman Gaines moved to table Ordinance 15-03 pending a work session scheduled June 2 and was seconded by Alderman Voorhies. The Ordinance was tabled unanimously.

Manager Miera updated the Council on a few projects of interest. There is a quarterly work session with the Business Improvement District scheduled for May 19 at 6:00 pm. All interviews for a new Public Works Director have been conducted and one candidate has been given an offer with a start date of May 18.

Alderman Judy Laratta stated that with summer quickly approaching, it is time to get the “Do Not Enter” sign at the entrance to Main Street removed. Manager Miera replied that JVA is working to finalize a presentation to the Council which should include that sign.

The Mayor opened the floor for public comment on any items not on the evening’s agenda.

Citizen Bob Branstetter offered his opinion that the homeowners should not be burdened with the cost of locating and repairing water service lines when much of the time it is the City that causes the problems. Branstetter suggested that the City should hire the contractor and maintain control of the project.

Citizen Barbara Thielemann announced and reviewed the details for the Central City Community Pride Day which will be held on May 29.

Alderman Heider moved to enter Executive Session. At 8:22 pm, Mayor Ron Engels adjourned the regular meeting. The next regular Council Meeting is scheduled for Tuesday, May 19 at 7:00 pm.

END_OF_DOCUMENT_TOKEN_TO_BE_REPLACED

Benefitting the county, schools, and much more By Don Ireland   This year marks the 30th anniversary of casinos opening in the former little mining towns of Black Hawk, Central City and Cripple Creek, Colorado. In those early years, smoking was allowed inside ... END_OF_DOCUMENT_TOKEN_TO_BE_REPLACED

Where the dead get to tell their story By Jaclyn Schrock On Saturday, August 21, the Gilpin Historical Society held their annual Cemetery Crawl. Tickets allowed the shuttle of hundreds of guests from the Teller House parking lot to the Cemetery. Depending on v... END_OF_DOCUMENT_TOKEN_TO_BE_REPLACED