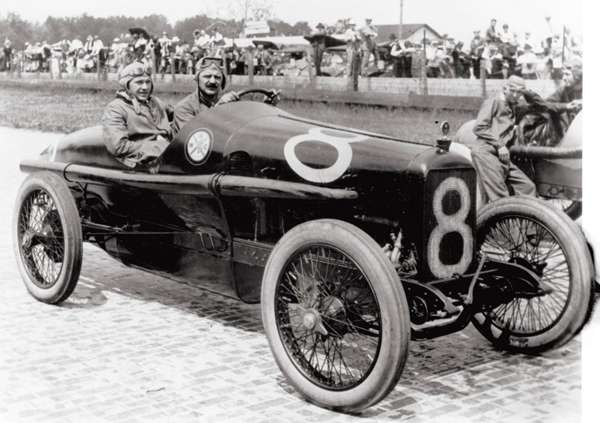 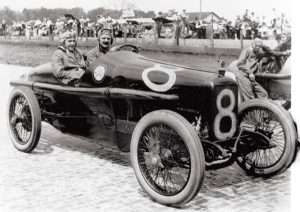 This past week, many folks greeted each other with smiles and the phrase, “Merry Christmas!” While the holiday merits itself as reason enough to be joyous, there is also another reason that many automotive enthusiasts will find a reason to be happy.   On this 25th day of December, back in 1878, the namesake for one of GM’s most stalwart brands, Louis Chevrolet, was born in the village of La Chaux-de-Fonds, Switzerland. In 1886, Chevrolet’s family left Switzerland to live in Beaune, in the Côte-d’Or département of France. He and his two brothers were raised on the family farm, and while his father was a farmer, he also enjoyed watchmaking and repairing old clocks. That is likely where Louis Chevrolet and his brothers got their mechanical acumen which would serve them well later in life.

Due to economic hardship, Louis Chevrolet quit school and began working in a local bicycle shop. It didn’t take long for Louis to find the rush that can only come from competition and at a mere 10 years old, he began racing bicycles, and winning. Louis helped with the struggling family’s finances for the next three years through the prize money he won racing bicycles in his town’s bicycle racing association. Louis Chevrolet had also become involved in manufacturing a bicycle called the Frontenac, a name which will resonate with those historians of vintage car racing.

Right around the turn of the last century, Louis and his three brothers Alfred, Arthur, and Gaston, had immigrated to North America by means of Montreal, Quebec, Canada. Louis worked as an automobile mechanic during his short stay in French-speaking Quebec. He then moved to New York and worked for French carmaker, the De Dion-Bouton Company.

By 1905, Louis Chevrolet found himself in the United States, racing at local fairground events in Fiats. Louis’s winning streak transferred seamlessly from bicycles to autos as while driving for Fiat, he beat noted drivers such as Barney Oldfield and Walter Christie in a three-mile sprint. On his first outing in a Fiat at the old hippodrome at Morris Park in New York, Louis not only won his first race but also set a new record, setting a one-mile lap in 52.4 seconds! One year later, Louis Chevrolet piloted his Fiat to 119 mph on the famed sands at Daytona Beach, Florida. Chevrolet also worked for The Autocar Company to help engineer a car for their racing program.

From 1905-1910, Louis Chevrolet raced all over North America. His racing boldness forged by his desire to win, led him to push himself and his equipment to the very edge, and sometimes, beyond. Louis Chevrolet pushed too hard on several occasions and while he somehow escaped death, several of his riding mechanics were not so lucky.

Pushing himself even harder and engineering improvements into his rides, Louis’ fame continued to build and it didn’t take long for Louis’ driving skill to catch the eye of other manufacturers. American businessman and automotive historical personality William C. Durant soon came calling for Louis to represent his car company driving the Buick Bug.

Chevrolet learned car design while working for Buick and started designing his own engine for a new car in 1909. He built an overhead-valve, six-cylinder engine in his own machine shop on Grand River Boulevard in Detroit, Michigan. Toward the end of 1911, Chevrolet and Durant had become friends and set out as business partners to co-found the Chevrolet Motor Car Company. Louis lending his name and expertise, while Durant brought his business savvy and investor friends.

As some of the earliest examples of the conflicts prevalent between engineering and upper management, Chevrolet had differences with Durant over the car’s design. Chevrolet wanted to pursue an up-scale market with their automobile while Durant saw Henry Ford’s success with his spartan Model T and wanted a piece of the econo-car action. Frustrated, Louis sold his share of the company which bore his name to Durant in 1915.

A Car By Any Other Name…

While Billy Durant rode off into the sunset with Louis’ name on each auto he manufactured, Louis stuck with what he loved, designing and racing cars. Louis Chevrolet and his brothers moved to Indianapolis and founded the Frontenac Motor Corporation, which began making racing parts for Henry Ford’s Model T. In 1922, they formed the Chevrolet Brothers Manufacturing Company, producing single-seat, “Fronty Ford” dirt-track racers, which were basically a stripped-down Ford Model T that had been outfitted with a Frontenac head.

The Chevrolet family continued using their engineering prowess to keep ahead of the competition. Louis drove in the famed Indianapolis 500 four times, with the best finish of 7th in 1919. Both Louis and Gaston raced successfully, achieving a number of third places in 1916. Their brother Arthur competed twice.

In 1920, Louis’ brother Gaston won the prestigious Indianapolis 500. The celebration was cut short though, as only six months later, while he was racing in Beverly Hills, Louis’ brother, the famed winner of the “Greatest Spectacle in Racing” was killed in competition. Gaston’s racing prowess followed that of his brother, as he had already accumulated enough points racing to win the championship posthumously that year.

With the death of his younger brother, Louis was devastated, and retired completely from racing. Louis and his brother Arthur began engineering and building engines for the automotive and aviation industries. Shortly afterward, the country began to slide into the Great Depression, which hurled Louis Chevrolet into financial ruin he’d not experienced since his childhood.

In 1929, Louis left his company to his brother and once again, began working for Chevrolet, this time in one of the brand’s factories in Detroit. Ultimately, the man who helped found the world-renowned auto brand that now bears his name and relentlessly muttered the term, “Never give up!” finally gave-in to years of diabetes and depression, passing away on June 6, 1941. He was buried in the Indianapolis public cemetery and inducted into the Indianapolis 500 Hall of Fame in 1952.

The Indianapolis Motor Speedway Museum in Speedway, Indiana, features a memorial at the entrance to the building that is dedicated to the accomplishments of Louis Chevrolet. As is the case with so many personalities that forged the way for today’s automobile, the paths they took were interwoven through hardships and relationships that could not have carried them forward on their own. Vintage Ford performance enthusiasts would do well to know they’ve got at least one “Chevy” guy to thank for that. And to think that it all started, so far as the Chevrolet name is concerned, on Christmas day over a century ago. 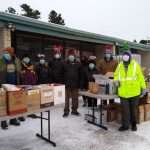 Dealing with the Coronavirus hardships locally
Next Article 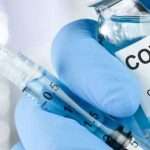