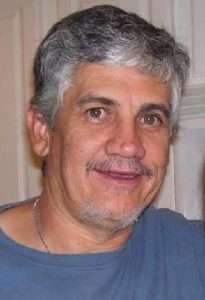 Kevin Paul Armbright, currently of Beatrice, Nebraska, was born on November 2, 1962 in Peoria, Illinois, to Phyllis Armbright and the late Paul Armbright. Kevin was 55, and passed away on July 2, 2018 in Omaha, Nebraska at the Nebraska Medical Center, and his children were by his side when he passed. He grew up in Illinois and Colorado, and spent some time in California. Kevin graduated from Gilpin County High School and was involved in basketball, football, and rodeo in high school. He always wanted to ride one last time. He loved fishing and was an avid Broncos fan and Cubs fan.

In the early 90’s Kevin was diagnosed with a liver disease from being born two months premature. He fought strong and hard for 26 years, but never received his liver. Despite his illness he never let it get the best of him. Kevin was always a glass half full kind of guy. He always had a smile on his face and laugh to fill the room, which was probably caused by his unique sense of humor. If you ever had a problem and talked to Kevin even just for a few minutes, you’d walk away feeling better just from talking to him even if your problem wasn’t fixed. He will be remembered as a loving and protecting brother who liked to think of himself as the big brother. Kevin was an incredible friend who would do anything to help someone he cared about. He was a devoted, loving, supportive father and one hell of coach. Kevin’s most important role though was being an incredible “Papa” to Brody and Berkley. He loved his grandkids and was proud to show them off every chance he got. He will be dearly missed by so many – the world was a better place with Kevin in it.