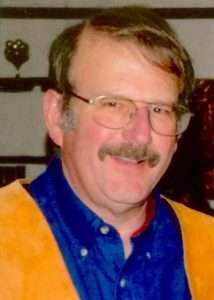 Ken’s parents, Ed and Fern Adler, and their three sons established a family ranch on a mountain above Rollinsville in 1958. Ken cut his teeth in business early as a 6-year-old stock boy, clerk, and soon-to-be jack of all trades in his father Ed’s chain of four Owl Drugstores in Denver, Colorado.

Ken met his wife Patty in 1977 and they were married four years later. Their family and eldest son Jake Adler is well known to the Nederland, Gilpin, and Rollinsville communities as a local peace officer; and their younger son Marty Adler is an engineer for the Union Pacific Railroad.

Ken embraced and believed in teaching a strong work ethic to his sons and grandchildren. All are actively involved in maintaining and operating the many things that Ken built during his life.

In 1985 Ken started Mountain Rental Center in Nederland which went on to be one of the most prosperous businesses in town. Ken has been a past president of the Nederland Chamber of Commerce and active member of the Downtown Development Authority. In the early 1990’s Ken and good friend Chuck Webb collaborated on one of the most successful property developments in western Boulder County where the Ace Hardware and Centennial Bank buildings are located. Ken spent his free time pursuing expert woodworking projects, HAM radio, and he introduced “pickle ball” to the mountain community as well.

Ken Adler is survived by his wife of 36 years, Patty; his eldest son Jake; his youngest son Martin and Martin’s wife Lisa; his four grandchildren, Anthony, Rachel, Garet and Roy; his brother Dan; and his sisters-in-law Karen and Shirley. He will be greatly missed by everyone who knew him.

END_OF_DOCUMENT_TOKEN_TO_BE_REPLACED

Benefitting the county, schools, and much more By Don Ireland   This year marks the 30th anniversary of casinos opening in the former little mining towns of Black Hawk, Central City and Cripple Creek, Colorado. In those early years, smoking was allowed inside ... END_OF_DOCUMENT_TOKEN_TO_BE_REPLACED