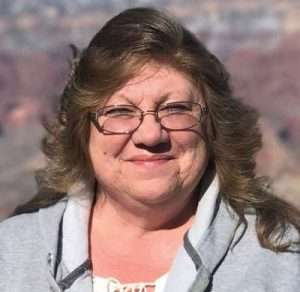 Julie Marrie Seitzinger (59) passed away on January 26, 2020 in Denver, CO surrounded by her family; she was a caring mother, a loving wife, and a wonderful friend.   Julie was born December 14, 1960 in Salt Lake City, UT to Robert Eugene Wyatt and Lou-Jeanie Marsell. She was a happy child and spent much of her time roaming the early fields of Salt Lake City with her friends. She chose to become a mom at an early age to Robert Jason Grant and dedicated her life to be a wonderful mother. Julie cherished her husband Stanley McInturf and they worked together to live life to the fullest. She worked for the City of Black Hawk, CO for the last three years. Many who worked with Julie found themselves surprised by her light heart and wonderful spirit. Her hobbies included golf, traveling, and antiquing.

Julie will be truly missed by all.