Musicians and artists from Gilpin County secondary and upper elementary schools presented their winter programs this week, entertaining with a wide variety of seasonal songs. All the weeks of practice paid off with well-done events.

The middle school band, comprised of about 20 students on brass, woodwinds, percussion, and guitar, performed on Tuesday, December 5. They led off with some warm-up exercises and tuning so that parents could observe the important preliminaries that are needed to make the music sound good. Then, under the direction of music instructor Randi Ebers, the young instrumentalists performed five diverse selections, including “Regal March,” “Harvest Song,” “Two Chorales,” “Casper the Friendly Ghost,” and “Refried Beans.” The versatile Ms. Ebers supplemented the selections by playing trumpet or tambourine while conducting, and volunteer musician Bobbie Hill assisted on keyboard.

During intermission, audience members milled in the atrium and hallways, enjoying the student’s art. Among the high school works, “Creating a Visual Metaphor” pieces were highlighted. The artists compared such different items or situations as the jungle and the city, fruit and flowers, and fruit shapes and the phases of the moon. Curt Halsted is Gilpin’s art instructor.

The second half of the program set a thoughtful tone with “Silent Night,” performed as a duet with Ms. Ebers on flute and student Nicole Adams on cello.

The middle and high school choirs, with about 30 members altogether, began with an Americana theme, singing “My America,” the traditional folk song “Shenandoah,” and the Shaker tune “Simple Gifts.”

Seasonal melodies included the lively “Blizzard on its Way.” With snow in short supply in Gilpin County, this is a hopeful omen. “The weather report is interesting, says it’s gonna snow. One hundred percent precipitation … one hundred percent anticipation!” This was followed by “White Winter Hymnal” with its jungle beat and the jazzy “Santa Baby,” with Ebers on guitar.

“If I Had Three Wishes,” “A Whole New World” from Disney’s Aladdin, “Glory Train,” and “Snow” rounded out the choral portion.

The program concluded with the combined band and choir on the Hanukkah song, “Festival of Lights,” the tempo accelerating to a forte ending. “Winter Fantasy” encouraged audience participation, chiming in with “Jingle Bells,” while the choir sang, “Snowflakes falling all over town … I’m so glad winter is here.”

The upper elementary concert was held on Wednesday, December 6, and featured fourth and fifth graders from the traditional and Montessori programs.

A backdrop of images of falling snow set the mood for about a dozen beginner band and orchestra students. Ebers conducted a mini-seminar to show the parents what the kids had been learning. The pupils had begun by simply learning to make a sound on their instruments. Parents chuckled at the squeaks and squawks that issued during “mouthpiece warm-ups.” Then the instruments were reassembled, and the kids played any note they wished – with a resulting cacophony — while showing correct hand position. The next exercise showed playing for four beats and resting for four beats, while the drummer kept up a steady “rat-a-tat.” Finally, all the elements were put together in two identifiable tunes, “Three Blind Mice” and “Mary Had a Little Lamb.”

“Your new music teacher is a very high-energy woman,” violist Bobbie Hill noted with a smile. Hill had the orchestra students demonstrate how they had learned to hold their violin, viola, or cello properly and how to draw their bows across the strings. Parents were pleased with the progress on “The Dad Song,” “Rock and Roll,” and the scales played on “The Monkey Song.”

A select student group, the “Gilpin Singers,” regaled their audience with “Jingle All the Way,” “Red Bird,” and “I Want a Hippopotamus for Christmas,” which they had performed earlier this season at the gazebo in Black Hawk when the city threw the switch on the holiday lights.

Fourth graders recounted their Black Friday shopping with the tune, “Day after Thanksgiving.” The combined Montessori fourth and fifth graders sang joyously on “Hark, Hear the Bells,” “That’s Holiday Jazz,” and “Rock the Holly,” which called for some fancy footwork. The traditional fifth grade class had fun with “Fiesta de Navidad” and “Santa, What a Guy!”

The patriotic theme was reprised with “Colorado” and the all-time favorite “Fifty Nifty United States.” Ebers advised that all fourth graders will be putting on a play about Colorado, with original music, at some point during the school year. 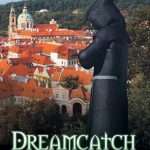 Dreamcatch characters draw you in
Next Article 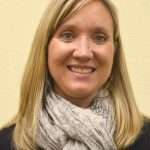