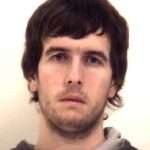 Mr. Cumby lived in Illinois, but was spending some time in the Rocky Mountains. Investigators spoke with Mr. Cumby’s family in Illinois and learned that he had not been heard from since August 20 and was overdue in returning to Illinois.

Mr. Maynard was extradited from Idaho to Gilpin County on December 28, 2017.

Sentencing has been set for November 29 at 1:30 p.m. Mr. Maynard faces a sentencing range of from 40-78 years in prison.

END_OF_DOCUMENT_TOKEN_TO_BE_REPLACED

Where the dead get to tell their story By Jaclyn Schrock On Saturday, August 21, the Gilpin Historical Society held their annual Cemetery Crawl. Tickets allowed the shuttle of hundreds of guests from the Teller House parking lot to the Cemetery. Depending on v... END_OF_DOCUMENT_TOKEN_TO_BE_REPLACED