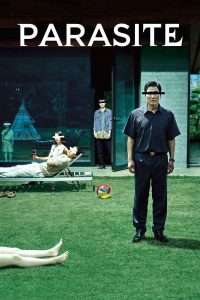 The 92nd Annual Academy Awards is just around the corner, Sunday, February 9 (already?), so here is my take on the Best Picture nominations, plus a few others. To prepare, my lovely and talented daughter and I have been drilling down on the technical aspects of the nominations, at least those we have been able to see to this point. With five under our belt, we have seen the majority and by the time the ceremony airs, will have seen them all. This year’s nominations come with cultural and gender controversy and the Academy is once again accused of “white-washing” their awards which seems to communicate a clear message to people of color and women, “you are not welcome here.” In fact, Joaquin Phoenix said as much when he accepted a Best Actor award at the British Academy of Film and Television Arts awards show. This begs the question, did the American Academy fare any better or were excellent movies overlooked? It is my opinion that the Academy did not dive deep enough into 2019’s repertoire of film’s offered for their consideration to find the very best; instead defaulting to what they were already familiar with or were affiliated with. Nevertheless, the films considered have been narrowed down to the following nine: “1917,” “Ford V Ferrari,” “The Irishman,” “Jojo Rabbit,” “Joker,” “Little Women,” “Marriage Story,” “Once Upon A Time in Hollywood,” and “Parasite.” Emulating the Academy voters themselves (not watching all of them at time of voting), I will now present my own predictions for each movie.

“1917” is set during World War I and tells the story of a desperate attempt to reach a British regiment before they walked into a trap sure to kill every one of them. The story is based on the memoirs of the grandfather of director Sam Mendes’ who was a Lance Corporal in the Kings Royal Rifle Corp. Although the trailers for the film seem to indicate this is a two-dimensional action flick, reviews seem to indicate there is more depth and relevance to the story. This is not one we have seen yet, but one I am looking forward to seeing. War movies have not done well for the Best Picture Category, it has not picked up awards from other organizations, so I give this a 44% chance of winning.

“Ford v Ferrari” is a historical take on car designer Carroll Shelby and driver Ken Miles building a Ford race car to challenge the seemingly undefeatable Ferrari at the 24 Hours of Le Mans race in 1966. The Le Mans circuit no longer exists, so director James Mangold had one built as an exact replica of the original to add authenticity to the film. The film features Matt Damon and Christian Bale as the leads and for a good-‘ol-boys’ story, this is a poor time period to succeed, so I give the movie 22% odds of winning in the final stretch.

“The Irishman” is a Netflix adaptation of the novel “I hear you paint houses” by Charles Brandy which centers around the life of Frank Sheeran who became Jimmy Hoffa’s personal bodyguard which worked out great until he was ordered to kill his employer. This is a gangster movie told by the king of gangster movies Martin Scorsese (apologies to Francis Ford Coppola) led by the kings of gangster actors Robert De Niro, Al Pacino, and Joe Pesci with Bobby Cannavale thrown into the mix in support. Although a three-and-a-half-hour slog through three decades of crime, it has already received many accolades and politically is an indirect anti-comic book movie, so I give it a 77% chance of taking home the big prize.

“Jojo Rabbit” is a historical fiction set in 1945 about a boy whose narrow nationalist point of view is challenged when he discovers his mother is hiding a Jewish girl in their home; Jojo also creates an imaginary friend based on his idol, Adolf Hitler. The film is an interesting look from an untold perspective of Nazi nationalism during its worst period. The artsy-style film should be the exact kind of movie the Academy fawns over, but this year, it is mostly over-looked, so I give it a 55% chance of appropriating an Oscar.

“Joker” is a unique telling of the infamous Batman villain from a real-world mental disability framework. It makes attempts to have a relevant message about mental illness, but never succeeds to evaporating the fear surrounding the issue. However, thanks to the elitist backlash against traditional comic book movies, this one is getting lots of attention. It’s no laughing matter that I give it an 88% chance of toppling the competition to get the golden statue.

“Little Women” is a new adaptation of the classic book of the same title by Louisa May Alcott directed by the acclaimed Greta Gerwig who missed out on a Best Director Oscar two years ago for “Lady Bird.” This new adaptation is engaging, entertaining, tear-jerking, and Gerwig has woven some of Alcott’s real life into one of the characters altering her trajectory, but it suffers from insufficient visual differences between time periods and too perfect costuming. Gerwig was not nominated for Best Director this time around, so I give the movie a 66% chance of winning.

“Marriage Story” is the fictional tale of two modern parents going through divorce. The movie has the audience wondering why they are divorcing through its first act and contains a message that the divorce industry (legal counsel, law firms) are there to service themselves over the best outcome for the couple. The acting is superb, but outside of one brief feminist monologue, there is nothing for Academy voters to hang their hats on. I give the film a 33% chance of winning.

“Once Upon A Time… in Hollywood” is Quentin Tarantino’s take on “what-if” history telling the story of aging actor Rick Dalton who happens to live next door to Roman Polanski and the fated Sharon Tate in the late ‘60s. Dalton, and his stunt double/ house sitter Cliff Booth never existed, so their insertion into history altars one of Charles Manson’s famous episodes. The Hollywood elite are usually anxious to award a story about themselves (see “La La Land” for reference), but are somewhat quiet about this movie, so I give it a 55% chance of self-congratulation at the Oscars.

“Parasite” is a foreign language (Japanese) psychological thriller about a working-class family that ingratiates itself into a high-society family only to be entangled in an unexpected incident sparking a class war between the families. This might be my most anticipated film to watch, which could be why I have saved it for last. This film, like last year’s “Get Out,” seems to be elevated to social relevance and garnered the Academy’s attention. It could get an award being the only film not about white people; outside of that, it doesn’t stand a chance. I give it 11% odds of shocking everyone to get the trophy.

There you have it, the Best Picture nominations for the 2019 film year by the Academy of Motion Picture Arts and Sciences. It will be interesting to see how the Academy votes and more importantly, if they can stay relevant to the movie viewing populace. The slate of films are ones that have generated more ticket sales or viewings than previous year’s nominations, but it may be overshadowed by the elitism of the Academy itself. In a world with less than 1% difference between the number of men to women; and which white people are the minority in 109 countries and almost half of American citizens (just under 40% at the last census), the logical conclusion would be those ratios would be marginally reflected in award nominations. The entertainment industry is changing, but it has been slow to accept that all people are created equal.