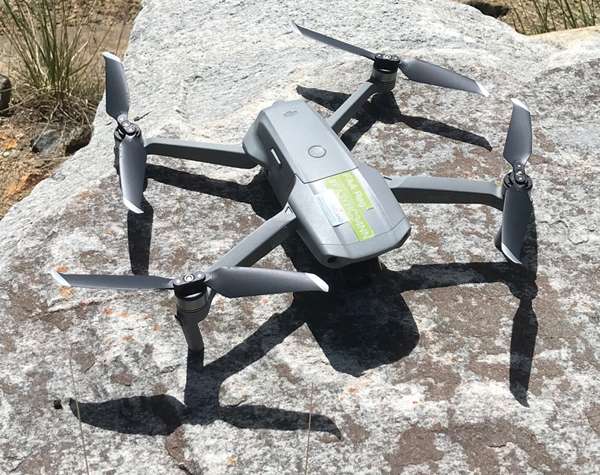 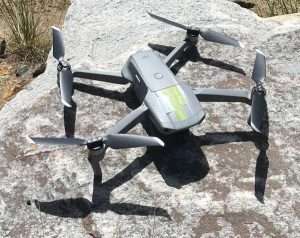 There could be a drone in your future, even if you never plan to purchase one. It’d be a stretch to say a meal from Sasquatch Casino or a can of beer brewed at Dostal Alley will be delivered to your Black Hawk or Central City home by a drone anytime soon.

However, make no mistake: it’s extremely likely that aerial deliveries of everything from prescription drugs to items ordered online will become reality by 2030. Amazon, Walmart, Google Wing, UPS, and other carriers are currently testing drone package deliveries after receiving Federal Aviation Administration approval.

During this summer’s pandemic, drones delivered library books to children in Montgomery County, Virginia. Coffee is regularly delivered via drones in Australia and beer is flown to homes in rural parts of Ireland. Medical supplies are sent via drone to remote villages in Africa, where roads are sometimes impassible.

If you look back 30 years ago, most Americans didn’t have a computer, weren’t connected to the internet, and didn’t own a cellphone then. Drones, which mostly resemble small helicopters with propellers, have been exploding in popularity and use during the past five years in the U.S. Microsoft founder Bill Gates was quoted as saying, “Drones overall will be more.” The media reports stories about drones flying around airports and disrupting airplane traffic. Others talk about how a drone operator will try to spy on neighbors or terrify an ex-girlfriend. Both activities are illegal and can result in substantial fines, including prison time, to the law-breaking drone pilot. Those who create such bad press are considered “drone bad guys.”

The truth is: the majority of droners – the so-called “drone good guys” – are trying to generate an honest income or benefit mankind through their efforts. They include:

Children’s toy drones can rest in the palm of your hand while larger drones weigh in excess of 50 pounds and may have eight propellers. The typical consumer drone, depending on its size and features, can range in price from $20 (for kids’ toys) to more than $2,000. Commercial and industrial drone prices begin at $1,000 and climb to $70,000 or more.

A few years ago, the FAA began regulating drones, formally called small Unmanned Aerial Systems (sUAS). It licenses commercial drone operators after they pass an exam and requires those fliers to re-test every 24 months as technologies and rules change. All drones weighing more than one-half pound must be registered with the FAA every three years. Recreational drone flyers are not licensed, but the government asks that they follow safety protocols, too.

On the other hand, the FAA has regulations to protect drone pilots as well as the public.

Drones cannot be flown over people or traffic, unless the FAA grants a waiver. Without another waiver, drones must be flown during daylight hours and cannot be operated at night. Drone pilots, the same as an airplane pilot, cannot fly if they consumed alcohol or drugs within eight hours prior to flying. To protect wildlife, flying in national and state parks is prohibited. Flying over football fields, baseball parks, concerts and other outdoor public events with people in attendance is also prohibited by the feds. Cities and municipalities may enact laws regulating drone flights, although few Colorado communities have such regulations due to limited enforcement capabilities.

On the other hand, the FAA considers a drone a legitimate aircraft, despite not having a person aboard. Under federal law, it is a felony to willfully damage or destroy an aircraft. A landowner who shoots down a drone risks prosecution under that federal criminal law. It’s also illegal to shoot at or interfere with a drone, even if it’s flying over your home or backyard. The penalty can be up to two years in prison and or a fine of up to $25,200 for an individual. According to the law, the airspace above a home or land is not owned by the property deed holder. (Note: battery size limits most domestic drones to flight times of 30 minutes or less. So, if someone is buzzing a drone around your home, the chances are the operator isn’t far from you.)

Drones cannot be flown in restricted airspace, which includes the area around airports, military bases and certain government facilities, including prisons and research labs. There are phone apps to give drone pilots pre-flight information, i.e., if it’s legal to fly in that area or if weather conditions are suitable for flight. Newer drones are built with Artificial Intelligence that will stop the drone from flying if into a protected or prohibited zone and will alert manned aircraft if the drone is flying in the area. Additional AI on some drone models can help them avoid crashing into buildings and other objects. Advancements on drone cameras – called gimbals – enable photography in 48 megapixels for still photos (most cellphones are under 10MP) and videos at 4K, considered broadcast quality.

So, the next time you look into the sky and see something overhead, it might not be a bird, plane or Superman – it could be a drone!

Don Ireland is a freelance journalist whose writings have appeared in newspapers and magazines throughout Colorado. This year, he opened a business, Don’s Drones of Denver LLC, after being intrigued with drones for years. 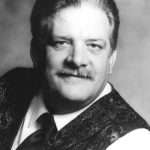 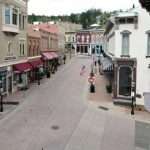