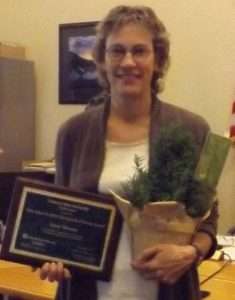 73% of Gilpin Residents Voted in Election

Commissioner Watson suggested that the County Manager 2017 contract be moved to Executive Session. Suggestion was approved.

Isenhart then requested that a December date be set for Coffee with the Commissioners, so that item was placed on the agenda to be discussed later.

Supplemental Appropriations to the 2016 Budget

County Commissioners performed their annual approval of the County Employee 2014 Amendment that allows certain employees to take County owned vehicles home. These vehicles are only available to certain on-call members of the Sherriff’s Department, Public Works, and the County Coroner for non-personal use only.

Application for a School Yard Grant

Dr. David MacKenzie and Sunny Vincent from Gilpin County RE-1 School requested that the Gilpin County Commissioners support an application for a school yard grant by adopting Resolution#16-16. The grant will remove equipment that is over 20 years old and replace it with new equipment that incorporates some unique educational features associated with the mountain living. The size of the playground area will also be expanded under this renovation. The Commissioners adopted the resolution so the grant process can be initiated. Watch for further details.

Fire Restrictions have been lifted

Gilpin County Commissioners approved Resolution #16-18 that lifted the Fire Restriction set in place on October 18, 2016 by Resolution#16-14. The restrictions are lifted due to the resent light snowfalls and colder weather.

Chief Deputy Clerk Gail Maxwell presented the September and October County Clerks Report to the Commissioners. The report showed the Clerk’s Office received over $177,000 in September and $199,000 in October. Most of those funds were received as motor vehicle licenses, ownership taxes and late fees. Maxwell also reported on the November election stating that 5,441 ballots were sent out. An astounding 73% of the county’s residents voted. Drop boxes, mail in ballots, and voting in person all contributed to the huge turn-out. Unfortunately 35 ballots were received past the 7 p.m. deadline on Tuesday, November 8, and didn’t get counted.

Community Development Director Tony Petersen presented, on behalf of Boulder River Ranch and Lodge, an amendment to an existing conservation easement for Deadwood Diggings Placer, located on Pactolus Road. The proposed amendment would allow additional building beyond the 5,000 square foot and 2,000 square foot limits currently placed on the main lodge and outbuildings. The applicant request that the limits be increased to 10,000 and 5,000 square feet respectively. The applicant also agreed to pay $50,000 to compensate Gilpin County for the open space losses and conservation value impacts. Gilpin County Commissioners approved amendment to the Boulder Ranch conservation easement.

Community Development Director Tony Petersen also presented a Boundary Line Adjustment (BLA 16-05) on behalf of Melody Loar for property located in the Severance Lodge subdivision. The BLA will eliminate the boundary between Severance Lodge Lots 13 and 18 and will modify the boundary between lots 12 and 13. Lot 18 has a small A-frame cabin whose septic system is located on lot 13. According to Petersen, this construction layout was accomplished some time ago and the error just was recently discovered. Gilpin County Commissioners approved BLA #166-05.

Gilpin County Planner Daniel Horn presented two Boundary Line Eliminations (BLE) to the Commissioners in which both were approved.

BLE 16-08 is a consolidation of 10 very small lots ranging in .05 to .09 acres into a larger lot .76 acres in size located in the South Pinecliffe Subdivision.

County Manager Roger Baker stated that the only monthly report we have this early in the month is the Community Development Report. The Year-to Date Revenues have far exceeded what is budgeted. October Year-to-date revenues are 168% of that budgeted. Expenses are 80% of that budgeted.

In another note, the “Broadband Survey” will roll out around December 16, 2016 and run through February and will be available online

The next Gilpin County Board of Commissioners meeting will be December 20, 2016, at 9 a.m. at the historic Gilpin County Courthouse at 203 Eureka St. Central City, Colorado.