In Memory of Marion Clark

Published 9 years ago Obituary9y ago 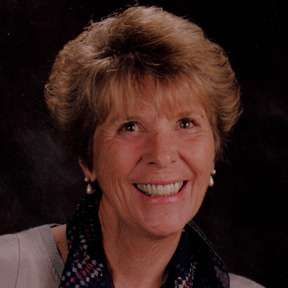 Born Marion Ruth Moser on October 23, 1935 in Gilroy, California, she was the second generation Gilroyan. Her grandparents, Clem & Clara Emlen, settled at Redwood Retreat at the base of Mt. Madonna in 1900.
Marion attended Gilroy schools, graduating from high school in 1953 with a scholarship to Highland School of Nursing in Oakland, California. She later obtained a degree in business from the College of Santa Fe, New Mexico.
Marion married Raymond “Ray” Clark in 1954 and they raised three sons in San Jose, California. The family spent many holidays at their vacation home in Calaveras County, near Bear Valley ski resort.
In 1977, Ray was assigned to a position in Iran for AT&T. Ray, Marion and two of their sons lived there for only one year as the Iranian revolution of 1978 forced them back to the U.S.
Upon returning home, they settled in New Mexico where Marion obtained a position at Los Alamos National Laboratory. She spent the last six years of her tenure at the Los Alamos Office at Rocky Flats, where she retired in 1995.
She fulfilled a life-long dream of living in the mountains residing in Coal Creek Canyon while she worked at Rocky Flats. In 1999, she moved to a smaller home in mid-Gilpin County where her grandson, Raymond, joined her.
Following retirement, Marion worked for seven summers at Golden Gate Canyon State Park, and occasionally part-time at the Gilpin Community Center.
She enjoyed being a member of the Amateur Radio Emergency Service (ARES) District 9, was a founding member of “Notions” sewing group in Coal Creek Canyon, and attended St. Paul’s Episcopal Church in Central City.
In 2009, she agreed with her family’s wishes and moved to Thornton to be near to them.
Marion was preceded in death by her son, Raymond, and brother, Albert. She is survived by sons Douglas (Tish) of Denver, Colorado, and Timothy (Ellen) of Scottsdale, Arizona; grandsons Raymond of Denver, Colorado, David and Kyle of Monument, Colorado, and Seaver and Silas of Scottsdale, Arizona.
A Memorial Service will be held on Saturday, February 9th, at 11 a.m. at Chapel in the Hills, 29579 State Highway 72, in Coal Creek Canyon. Their website is www.chapelinthehills.org.
Donations in Marion’s memory may be made to Animal Urgent Care, c/o Liz O’Rourke, 7851 Indiana Street, Arvada, CO 80007.

END_OF_DOCUMENT_TOKEN_TO_BE_REPLACED

Benefitting the county, schools, and much more By Don Ireland   This year marks the 30th anniversary of casinos opening in the former little mining towns of Black Hawk, Central City and Cripple Creek, Colorado. In those early years, smoking was allowed inside ... END_OF_DOCUMENT_TOKEN_TO_BE_REPLACED