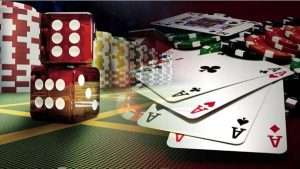 Profiling the game plan in Colorado

In November, Colorado voters approved Amendment 77 and allowed voters in Colorado’s gaming towns, Black Hawk, Central City, and Cripple Creek, the ability to increase maximum bets above the state’s $100 limit and add new games beyond slots, blackjack, poker, roulette and craps. The economic impact of Amendment 77 has not been determined because it will depend on local voters deciding on casino bet limits and new games. However, 78% of the revenue will go toward financial aid and workforce development programs at community colleges, 12% will go to Gilpin and Teller counties, and 10% will be split between Black Hawk, Central City, and Cripple Creek. The Colorado Municipal League reached out to the cities affected by this measure to learn how they plan on implementing Amendment 77. Here are responses from Black Hawk and Central City.

The City of Black Hawk has been preparing for the opportunities afforded us in Amendment 77 for 25 years now. By the mid-1990s, Black Hawk had determined it wanted to become the premier Colorado gaming community, and we set about to accomplish that goal. Along the way, the vision of what Black Hawk wanted to become became more vivid and defined; we set our sights on becoming a premier regional gaming-centric resort destination. To accomplish this, the city has strongly encouraged, in fact, unabashedly encouraged, the gaming industry, to enhance what we had to offer the gaming public. Amendment 50, which passed in 2008, achieved 50% of what the City of Black Hawk wanted to see. It raised the limits from $5 to $100, added craps and roulette, and allowed 24-hour gaming. And now, Amendment 77 takes

us the rest of the way as far as constitutional amendments.

Because the city has been steadfast over the past 25 years to establish itself as a gaming-centric resort destination, the investment, hard work, and heavy lifting have already been set in place and carried out to implement Amendment 77. Since the inception of gaming in 1990, the city has invested significant capital in new infrastructure, two water treatment plants, 2.3 million gallons of finished water storage, raw water storage, and of course water rights. As Amendment 50 allowed for 24-hour gaming, the city’s police, fire, and public works departments are ably prepared for increased visitations. These departments have the requisite equipment to maintain a safe, inviting, and enjoyable guest experience. There may be some unforeseen challenges with the new opportunities afforded Black Hawk in Amendment 77; there always are with new opportunities. The city will meet these challenges the way we have met all the challenges since gaming came back to Black Hawk in 1990; through the indomitable spirit of our dedicated and highly qualified team members, from management to rank and file, from front-line to back-of-house, we have the best there is. And it takes all of them to make the city successful.

As of Dec. 1st, the City of Black Hawk is the first host gaming city to formally approve unlimited maximum single bets and additional games approved for play under the opportunity

afforded the three host gaming cities under Amendment 77. This takes effect on May 1, 2020 and is consistent with the Colorado Division of Gaming rulemaking schedule, Amendment 77 and the City of Black Hawk’s Ordinance 2020-30 and Resolution 68-2020.

In Central City, voters approved a local election question (Ballot Question 2B) to authorize city council to replace the current single bet limit of $100 with unlimited single bets and

With respect to implementing Amendment 77 and Question 2B, the city has reached out to its casino operators to identify the new casino games that they feel will most appeal to Colorado residents and visitors. After this period of outreach is completed, the city council will schedule the adoption of a resolution identifying the new games at a public meeting. Currently, Central City anticipates bringing a resolution before city council by early 2021. Once the resolution is adopted, a copy will be provided to the commission, together with a request that the commission commence its rulemaking process so that the casinos are able to offer the new games to their customers after May 1, 2021.

city, including redevelopment opportunities associated with three important properties in the downtown core including:

END_OF_DOCUMENT_TOKEN_TO_BE_REPLACED

Where the dead get to tell their story By Jaclyn Schrock On Saturday, August 21, the Gilpin Historical Society held their annual Cemetery Crawl. Tickets allowed the shuttle of hundreds of guests from the Teller House parking lot to the Cemetery. Depending on v... END_OF_DOCUMENT_TOKEN_TO_BE_REPLACED

Benefitting the county, schools, and much more By Don Ireland   This year marks the 30th anniversary of casinos opening in the former little mining towns of Black Hawk, Central City and Cripple Creek, Colorado. In those early years, smoking was allowed inside ... END_OF_DOCUMENT_TOKEN_TO_BE_REPLACED