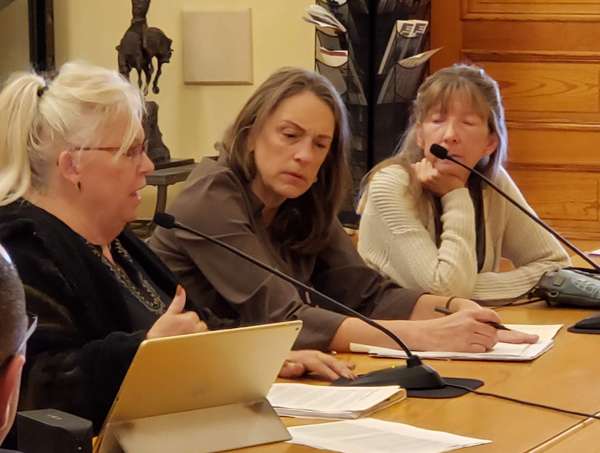 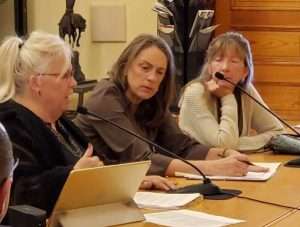 The Gilpin County work session began when a representative from the natural gas company was talking to the Commissioners about the project that has changed traffic flow in the county.

Next, Gabrielle Chisholm from Gilpin Parks and Recreation Department asked how to address the issue of overnight camping on county property. There are signs posted on county roads stating that overnight parking is not permitted.

Some vehicles have been found to be occasional violators, and others have repeatedly parked on county property overnight. Some occasional parking has been explained and permitted when residents were unable to access their driveway due to weather, downed trees, or for trailers being used at the fairgrounds.

A meeting is pending in the near future to establish best help and policy for giving support to those who appear to be living in their vehicles. Human Services, Public Health, Gilpin Sheriff, and the Commissioners will make recommendations for policy and procedures for those in need.

At 11:00 a.m. a break was taken being a bit ahead of schedule. This allowed those who requested to speak about the FFA plan to reroute jet traffic over Gilpin County, to be ready at the pre-arranged time.

The typically empty Board of Commissioners meeting room was filled to near capacity with only a few chairs open for the work session. Those supporting GRRIFT (Gilpin Residents Refuse Increased Flight Traffic), a grass roots group of Gilpin residents, had requested this time slot to coordinate with the Commissioners to address the concerns of increased jet traffic over our homes and community.

The Commissioners have been working on this project once they had been alerted to the plan. The Denver Metroplex plan was not preannounced, and Gilpin Commissioners or residents were not given the opportunity to voice any interest or concerns before the plan was proposed by the FFA. The Commissioners announced which governmental offices have been assisting them with the project. With this cooperation, other agencies have been helping them draft a letter to be sent to appropriate authorities to facilitate the return and assurance of our peaceful community. The work session was regarding the Letter to the Editor which was published in the Weekly Register-Call last week.

Three residents spoke who are part of the core group with strong feelings about the noise pollution jet travel has already disturbed our tranquil environment.

Donna Okra Parman, Teresa Wirth, and Lie Friis each expressed their views to the County Commissioners.  Next the Commissioners asked if they would prefer to have others speak, or to allow discussion of the final drafting of the letter. Five others chose to speak before the contents of the letter were presented and discussed.

When the letter is finalized, it will be included in next week’s story about the issues of unclear communication and data used by the FAA to change the original flight plans to the proposed plans. 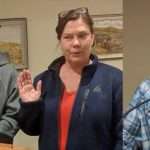 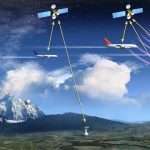