If only I had more willpower…

Published 3 months ago PATRICK SWEENEY3m ago 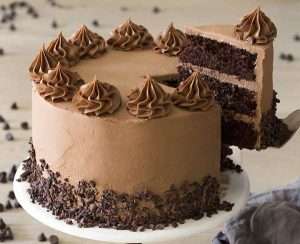 Health and Fitness – Your Personal Trainer

You want to eat a piece of cake. You know it’s not the best choice, so a voice in your head says, “Stop!” And with that, you dutifully move along to a glass of sparkling water with lime instead of the indulgent treat. If only it were that easy.

By giving in to the piece of cake instead of powering through with the glass of water, you’re giving in.

Except that’s not true. Not entirely, at least.

While there is truth to the idea of making decisions that might be better for your health than others, doing it by sheer will is an oversimplification.
For one, research has shown that some people may have a deeper reservoir of willpower, much like they may have a greater capacity for endurance to run a race. But you can train yourself to have more discipline and delay gratification, which is often the case when we’re dealing with health and food choices.

Willpower is one’s ability to choose something other than what their impulse might tell them they want, like opting for sparkling water over cake. It can also be defined as exercising self-control, drive, or resolve.

Kelly McGonigal, author of The Willpower Instinct, sees it as an order in priorities.

McGonigal, a health psychologist and lecturer at Stanford University, also sees willpower as an internal struggle between the now and the later. We must weigh what we may want to have now with what we know will benefit us later. Willpower is at the front lines.

“I think of it as, the immediate self, versus the future self. We need both systems for survival,” McGonigal said on the blog. “But a lot of our modern challenges really tempt us to be in the mind state of immediate gratification, or escaping immediate discomfort. It can be quite a challenge to access the part of you who is willing to take that big picture and tolerate temporary discomfort.”

An early test of the theory of willpower came in the 1960s from Walter Mischel, who examined the ability of children at the Bing Nursery at Stanford to delay reward.

About a third of the group opted for the marshmallow right away, another third lasted about 10 minutes into the test before eating one, and the remaining third made it through the entire 15 minutes and were rewarded with two marshmallows.

Mischel later followed the groups through adolescence an into adulthood and found the children who were able to delay their reward were more likely to have later successes in life that included graduating from college, earning a higher income, and having a reduced tendency toward obesity. His deductions from the test was predictive of later outcomes in that lessons of delaying gratification could be used later in life.

The primitive part of the brain helps to form and retain memories; control functions like body temperatures, fatigue, and sleep, and trigger the “fight or flight” response.

An illustration of how this might be connected is Phineas Gage, a railroad worker in the mid-1800s who suffered a brain injury during a workplace accident when a rod penetrated his skull. The wound was not fatal and he returned to work, but afterward his behavior was described as unreliable, irresponsible, and disrespectful. His memories and intelligence, though, were intact. Modern researchers were later able to determine that Gage had suffered damage to his prefrontal cortex.

Like McGonigal’s description of willpower being a struggle of the self, Mischel referred to willpower as a hot-cool relationship. The hot is emotional, or the “go” system, while the cool is the cognitive, or the “know” system. Hot is emotional, reflexive, and fast, while cool is complex, reflective, and slow. It’s this balance between seemingly competing interests that helps determine whether one might or might not choose the piece of cake. But this relationship isn’t necessarily hard wired. One can learn to exercise their cool zone.

“The good news is that this cognitive and emotional skill set is eminently teachable, particularly early in life,” Mischel told American Psychological Association during a 2014 interview for his book The Marshmallow test; Mastering Self-Control. “It’s great in preschool; It’s great within the first few years of life. It’s great in adolescence even. And it continues to be a skill set that can be developed even when we’re quite mature adults.

One question has been, is there a limit to willpower?

Roy Baumeister is a social psychologist who believes there is, and it might be linked to the glucose levels in our brain. Self-control, analysis, and thought all require energy – and our brains require the most energy of any organ in our body.

As we can physically fatigue when our energy stores are depleted, so can we mentally fatigue. And this can play a role in how effective we are in exercising our willpower.

“Multiple findings have indicated that acts of self-control lead to low levels of glucose,” Baumeister and Matthew Gailliot wrote in the paper “The physiology of Willpower: Linking Blood Glucose to Self -Control.” Controlling attention, regulating emotions, resisting impulsivity, and coping with stress have all been found to consume relatively large amounts of glucose.”

Start Slow – Whether it’s an exercise plan or a better food choice, tackle one goal before moving on to the next, to allow yourself a chance at success.

Out of Sight – If something tempts you, don’t have it around. Get it out of the house, or at least out of eyesight so you don’t have to pass it every day.

Plan Ahead – Know what you’re going to do when temptation strikes. Stopping to think about it allows the impulse to take over. For example, know your preferred food or drink choices ahead of time.

Commit – Don’t just leave it to your willpower to make the right choice; commit to your goal by working with a friend. It’s a lot easier to play more golf if you make a tee time.

Sleep – Being rested can be an important ally in helping bolster your willpower. Research has shown that sleep deprivation can negatively impact self-control

Delay or Distract – Saying “not now, maybe later” and finding something else to do can help tremendously. Physical exercise can be an excellent distraction.

Kudos to You – Maybe not with a marshmallow, but do reward yourself as you reach your goals. It’s important to celebrate achievements.

Beckie DiMauro is a Certified Personal Trainer, National Academy of Sports Medicine, a Certified Weight Loss Specialist, and is your local trainer. Contact her at beckie.hcpna@usa.com or at 720-436-1816 to get a customized plan for your needs. www.firefitoptimalwellness.com.

END_OF_DOCUMENT_TOKEN_TO_BE_REPLACED

ShareTweetShare on Google+Pin on PinterestSend with WhatsApp
13 recommended

END_OF_DOCUMENT_TOKEN_TO_BE_REPLACED

Benefitting the county, schools, and much more By Don Ireland   This year marks the 30th anniversary of casinos opening in the former little mining towns of Black Hawk, Central City and Cripple Creek, Colorado. In those early years, smoking was allowed inside ... END_OF_DOCUMENT_TOKEN_TO_BE_REPLACED