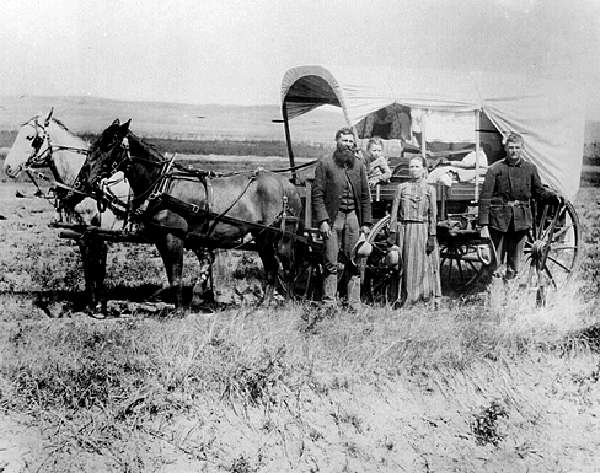 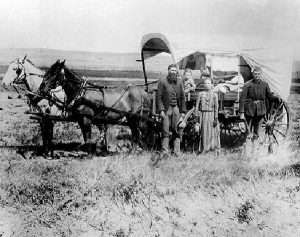 Made possible the settling of America

May 6, 1859 a rich vein of gold was found in Gregory’s Gulch, known as Gregory’s Lode, just uphill from the North Fork of Clear Creek, in what was then the Kansas Territory. Two weeks after the discovery, Pike’s Peak Gold Rush was on, some say in two months 10,000 people joined the search for gold in what became Gilpin County.

January 5, 1859 George A. Jackson found gold where Chicago Creek dumps into the South Fork of Clear Creek, where we now find Idaho Springs. He kept his claim secret until he bought supplies with gold dust.

News of gold for the taking spread quickly to all parts of the US and world. Mining claims were being filed for the gold found both up and downstream from where the North and South Forks of Clear Creek meet. “Wanna be” miners dug in the mountains nearby, some actually finding more gold, silver and other precious minerals.

Wagons came on rough roads, often washed out the next year. Pack mules brought many to their own claims. Most of the prospectors had come from the east, some, from homesteads in the west, attempting to juggle the challenges of farming and ranching in the west with the hopes of quick money as a prospector.

Placer mining seemed the quickest and safest method to get the gold separated from other rocks and water. Placer mining included panning, “sluice-boxing,” dredging, and hydraulic mining. All these use gravity and water to separate the heavier gold from the lighter sand and gravel.

Underground hard rock mining required more capital investment but also brought a much larger payoff.  This is the method more commonly used in this area of Colorado. Hundreds of boom towns developed where rich veins were mined underground. The short lived mining industry brought many to Colorado that would not have come.

Rapid growth necessitated Colorado becoming a territory in 1861. Central City as a potential capital sight since so many thousands of people came as gold seekers. Central City became the county seat of Gilpin County as it remains today. Georgetown remains the county seat of Clear Creek County for its rich history, being at the end of a railroad line. Railroads lines came with the westward movement to bring in and take out the bounty the land produced.

By the early 1900’s and war time, most prospectors had gone back with little or nothing, to a successful homestead. Many homesteads failed in the west or even all the way back to other family in the east. What helped establish a lasting legacy in Colorado as in Nebraska and Kansas was ranching and farming encouraged with the Homestead Act.

The Homestead Act that President Lincoln signed into law May 20, 1862 was one of the most influential legislations of its time. It gave opportunities to poor, land-hungry Americans to claim their own land. Land claims could be made January 1, 1863.

Daniel Freeman is considered to have made the first claim, along with 417 others in many regional Land Offices in US territories and states. The Freeman homestead near Beatrice, Nebraska in now part of the National Parks System as the National Homestead Monument, established through the Department of Interior in 1936 using a school building on the Freeman homestead land.

History of Free land in America

The first free land granted large areas in the “New World” to encourage the development of dominion by England to the early colonial settlers. The Northern Republicans pressed through the Northwest Ordinance of 1787, giving land in modern day Illinois, Indiana, Michigan, Minnesota, Ohio and Wisconsin. This land-grant prohibited slavery and encouraged the small, independent farmer to develop the newly opened territory.

The Donation Land Claim Act of 1850 opened the Oregon Territory, which included the new states of Washington, Oregon, Idaho and some parts of Wyoming to allow settlers to claim land for free. Large land parcels of 320 or 640 acre were free between 1850 and 1854. 1854-55 the price rose to $1.25 per acre when the law expired. Special bonuses for veterans were offered. The Oregon Trail brought hundreds of thousands of people on the western trail through northern United States between 1841 and 1869, carrying belongings in large wagon trains.

Southern Democrats passed legislation for a homestead act to open up very large areas of land in the west available to slave owners. This act did pass congress in 1860, but President Buchanan vetoed it. Once the southern states seceded in 1861, the Homestead Act designed for individuals could be passed in 1862, with not slavery issues connected with it.

How did the Homestead Act work?

Typically, plots of 160 acres of land were awarded to a US Citizen, born in America, who promised to settle and farm the land at least five years. The only requirement was to be 21 years old, or the head of the household. Taking the land plot coordinates to the nearest Land Office to verify there was no previous owner, homesteaders would then pay the $10 filing fee and $2 commission. They had five years to “prove up” by building a home and farming the land to take possession. Legal rights were given as a patent deed, signed by the current President of the US, only after verifying the improvements to the land, often by the signature of two friends or neighbors. It is not certain how many did not complete the process as land water, poor farming conditions and other problems were often persistent.

After the Civil War, many northern soldiers were eligible to gain land in the west, though Confederate veterans were not eligible for land claims.

The Railroad Act of 1862 improved the ability of settlers to reach homestead properties over the animal power transportation. With availability of improved steam engines and the 1869 completion of the intercontinental railroad, many more homestead claims succeeded.

July 9, 1868 the Fourteenth Amendment granted US Citizenship to African Americans and ex-slaves, so homesteading became possible for freed people.

In 1898, a Supreme Court ruling made it possible for immigrants to become eligible to apply for federal land, although by then many later realized the best lands had been taken.

Colorado is ranked 3rd highest for successful homestead claims becoming deeded properties owned by the homesteaders. Colorado has 107,618 homesteads. Montana and North Dakoda had the most, with Nebraska closest behind Colorado. Of the 30 states with homestead land, Indiana, Illinois and Ohio have the least homesteaded land. In the end 420,000 square miles of National land became owned by individuals through homesteading.

Of the 270 million acres available to homesteaders, 10% had been claimed by 1976 when it was repealed in all but Alaska where it lasted until 1986. 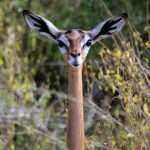 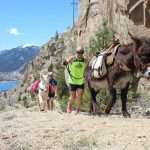