The Central City Council met with staff for a work session on the pending end of the marijuana licensing moratorium. The temporary suspension ends November 30, 2017 and the Council needs to give direction regarding changes to current code or staying with the current rule. Community Development Director Ray Rears presented a report to the Council from City Staff regarding this issue with four things to consider.

The first is whether to allow testing of marijuana products in City limits. The Staff has no recommendation. Should the Council wish to move forward, a testing facility could only be built in an industrial zone of which there are none. There would be areas along the Central City Parkway that could be designated industrial. The Council was open to the idea of a testing facility.

The second is whether to allow a social club for consuming marijuana products. Rears reported that he could find no factual data from existing clubs to form a conclusion. Staff recommended Council postpone any decision until facts could be accumulated. Alderman Aiken, Alderwoman Bell and Alderwoman Laratta are open to the idea. Alderwoman Bell stated we should try to be ahead of the curve instead of trying to catch up. Mayor Heider was not in favor and said “I hope I never have to go in one.”

The third is the impact an additional tax has had on sales. Director Rears reported that there seems to be no discernable impact and that revenues have increased due to the tax. Since a tax has already been voted in, there was no decision to be made.

The fourth item brought the most discussion and that is to consider limits on licensing or licenses. Rears provided sample strategies which include having no additional restrictions, to cap the number of licenses per district (there are two districts; a historic downtown district and a Gregory Gulch district), or to utilize distance buffers to restrict licenses. The Director provide a mockup of buffered areas for comparison of 100 feet, 200 feet, and 500 feet, and how each would impact the current licensees. After considerable discussion, the Council directed Staff to move forward with a hybrid buffer and cap design. Alderwoman Bell stated she is concerned that without a cap, a major company could come in and “kill off the little guys.”

City Staff will draft an Ordinance to be presented to Council during the single October meeting with the second reading to be in November.

The Mayor called for a motion to approve the consent agenda which consisted of the minutes from the September 5 meeting, regular bill lists through September 13, and the ratification of HPC approvals: HR 17-13 400 Lawrence Street; HR 17-14 TBD East 1st High Street; and HR 17-15 110 Lawrence Street. The Consent Agenda will now include items from the HPC (Historic Preservation Commission) that have been given a Certificate of Appropriateness to be ratified by Council per the new Design Code adopted earlier this year.

Alderwoman Voorhies questioned Director Rears regarding HR 17-14 in the way HPC guidelines are written for new builds in that they should not be an exact copy. The proposal for new construction on East 1st High is to add a two-car garage to an existing home. “What I am seeing is an exact copy of the mining building including stressing paint,” said Voorhies. Director Rears responded that “It is not an exact copy, but it has elements of buildings in the district.” It is not a direct replica of anything else in the city. Mayor Heider added, “It seems that the majority of the building is a replica.” Rears replied that the scale is much smaller than the buildings it imitates. Mayor Heider also complained, “I have a problem with the way distressing is being added in a haphazard way.” Alderwoman Bell remarked, “I think that they (the applicants Gary Detweiler and Hedda Schmutz) are going after these elements at an additional cost to themselves is to be commended.”

Alderwoman Voorhies moved to ratify HR 17-14 and was seconded by Alderwoman Laratta. The motion passed three to two with Voorhies and Heider voting against.

Mayor Heider opened the floor to the public for anyone who wished to speak to a topic on the night’s agenda. No one chose to speak to the Council.

Finance Director Adame presented the 2016 Audit results. The books were in great shape, although there was one finding which will be repeated annually. The City should have a two-person verification system for expenditures who are separate from the purchasing party. Due to the size of the Staff, this would be nearly impossible. To circumvent this, Central City has an independent party doing their bank reconciliations who will catch errors. This is an acceptable procedure for the government auditors, but it will continue to be a finding on every audit. Other than this issue, they made no adjusting entries to the existing books. The audit process for the City was done in May, but the BIDs audit was just finished which is why there was a delay in this report.

Alderman Aiken moved to approve the 2016 Audit and was seconded by Alderwoman Voorhies. The motion passed unanimously.

City Attorney McAskin presented Resolution 17-24 which would approve a loan agreement between the Colorado Water Resources and Power Development Authority and the City of Central, Colorado acting through the Water Fund Enterprise with a principal amount not to exceed $62,505 to finance costs related to the replacement of raw water intakes. A work session was held earlier this year showing the amount of disrepair the intake structures were in.

Increasing Expense… But Not Really

Attorney McAskin introduced Resolution 17-25 which would approve Amendment Number 2 to Professional Services Agreement with W2 Engineers for on-call water engineering services. The Amendment approves an increase to the contractor’s “not to exceed” amount to include the cost of preliminary work already performed. The total cost for the project does not change.

Director Hoover introduced Resolution 17-26 which would award a bid to The Perfect Patch Asphalt Company for asphalt paving projects and authorizes the City Manager to execute a construction contract. The project will do a 2-inch mill and overlay from D Street to the ‘Y’ where Gregory and Lawrence split. Director Hoover asked for a change order to include 500 feet from the ‘Y’ to the Red Dolly Casino where Black Hawk will end their paving project. Hoover asked for an estimate from the company paving Black Hawk and it was almost double the cost of Perfect Patch, so he recommends doing the change order through Perfect Patch. Work on the project will start Tuesday, Sept 26 and run through Thursday, Sept 28.

Alderwoman Voorhies moved to approve Resolution 17-26 including the change order and was seconded by Alderman Aiken. The Resolution passed unanimously.

Director Adame reviewed the new quotes for 2018 CIRSA property/ casualty and worker’s compensation insurance with the Council. The quotes are a decrease from 2017 due to the disposal of police department assets and personnel. The cost of insurance for the police department is built into the amount the City is paying the County for law enforcement coverage.

Alderwoman Voorhies moved to approve the 2018 CIRSA quotes and was seconded by Alderwoman Laratta and Alderman Aiken simultaneously. The motion passed unanimously.

Alderwoman Voorhies asked about Channel 20 local coverage. Director Rears responded that the cable company is still investigating why it is not working, but it sounds like the broadcast will change to channel 13 in October.

Manager Miera reported that the City has been getting requests from the casinos to help with bus parking. This has brought up discussion about additional parking and Levitt Street was included in that discussion. Levitt was closed off primarily due issues of dust, noise, and environmental concerns. Levitt is the short diagonal between Gregory and Lawrence Streets just east of the Grand Z Casino. The BID has offered to pay to pave the roadway so it could be used for bus parking. If the adjoining lots remain dirt, they will require fencing that would allow pedestrian access. Enforcement of the idling Ordinance has been increased by the sheriff’s office and more bus drivers have received tickets. The Council was in favor of pursuing the reopening of Levitt Street.

Alderman Voorhies was contacted by residents at the Gold Mountain Village Apartments regarding speeding while kids are getting on busses. “I talked to the sheriff’s department and they will beef up patrolling” during school pickup and drop off times, said Voorhies. There was additional discussion around the parking lots being private and not being within the City’s jurisdiction and communicating with the apartments to help with signage and enforcement.

Alderwoman Voorhies reported the Council received a very nice letter from Diane Anderson of Russel Gulch regarding the Water General and the residents feel their voices were heard.

Alderwoman Voorhies then commented that, “I think the Hot Rod Hill Climb is a plus for the city.” She heard a couple of complaints, though. One from a disabled individual requesting more stands for viewing areas. Also, there were some people who trashed areas where they shouldn’t.

Alderwoman Bell got to preview a commercial that the City has filmed and “it is excellent!” Manager Miera played the demo for the people in the room.

Mayor Heider opened the floor to the public for anyone who wished to speak to the Council on any items not on the agenda. Two people addressed the Council.

Resident Jackie Mitchell addressed the Council regarding electronic messaging signs. She urged the Council to look at the size and locations of the signs in respect to safety.

Executive Director of the Business Improvement District Joe Behm addressed the Council regarding an old provision in the sign code and major construction. The provision allowed a relaxation of the code during periods of major construction that businesses can take advantage of to promote their businesses. He would like some consideration in this area.

The Council moved to enter Executive Session at 8:24 pm to discuss legal questions concerning questions relating to draft findings set forth in the state audit related to the City’s utilization of State Historical Fund distributions. The next regular Council Meeting will be Tuesday, October 10, 2017 at 7 pm. 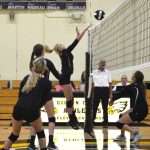