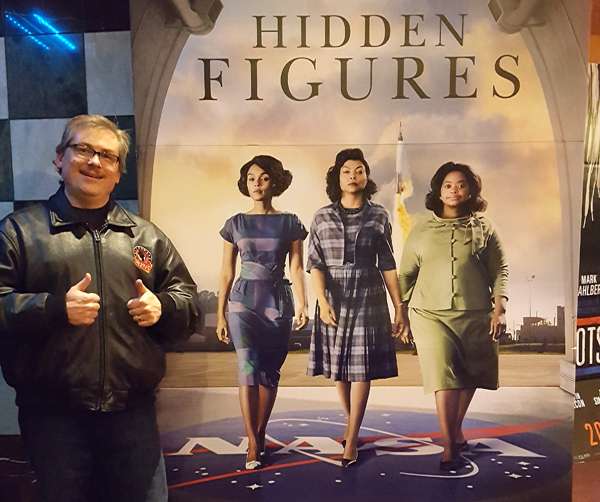 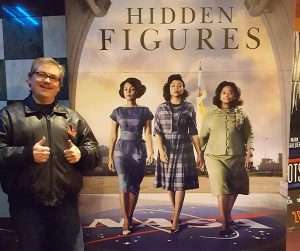 Director Theodore Melfi (Winding Roads, St. Vincent) directed, produced, and co-wrote the film “Hidden Figures.” This movie will be the first to knock Rogue One off the box office charts and it is worthy to do so. “Hidden Figures” had a limited release prior to the New Year with a major release across the country in January. Producers will sometimes do this if they think their movie is Oscar worthy.

Figures is a true story of three black women, Katherine Johnson, played by Taraji P. Henson (Person of Interest, Empire), Dorothy Vaughan, played by Octavia Spencer (Black or White, Mom), and Mary Jackson, played by singer Janelle Monae (Rio 2, Moonlight), in segregated 1960s Virginia working in the computing room for NASA. In the 60s, computers were people who were really good at math. Russia has successfully launched a dog (accompanied by a mannequin) into space and back proving humans can survive the trip. The race is on to get a man into space and while Russia succeeds first with cosmonaut Yuri Gagarin, the U.S. can’t seem to find the elusive mathematical formula to adjust orbit of the module at just the precise time, speed, and force for successful re-entry to earth’s atmosphere. Really, all that NASA stuff is just a vehicle to carry the real story. The real story is of Katherine being accepted into a white man’s world and respected for her mathematical ability; and of Dorothy’s quest to be a black supervisor in white women’s domain; and of Mary’s ambition to be a female, black engineer in an age when advanced classes were not available for colored people.

All three ladies accomplish their goals, but not without hardship. They are constantly faced with bigotry, racism, and gender discrimination. Mary’s activist husband, who participates in anti-segregation demonstrations, tells her that civil rights aren’t always civil, but Mary counters that there is more than one way to affect change. The film’s portrayal of a very controversial time is insightful without hitting you over the head with it. Katherine has to work alongside Paul Stafford, played by Jim Parsons (The Big Bang Theory, Eureka), a scientist rigid in his beliefs and reluctant to change saying, “That’s just the way things are.” Dorothy keeps getting blocked for promotion by Vivian Mitchell, played by Kirsten Dunst (Bring It On, Spider-Man), who tells her “They would never let someone like you” be a supervisor. Some in the audience reacted as if the treatment of blacks in the 60s were a foreign concept and were shocked by what they saw in the film. From the derisive comments, to the addition of a new colored-only coffee pot to compensate for Katherine’s presence, to the separate drinking fountains, and finally to the lack of bathrooms for “colored’s” in the main building on NASA huge campus. Katherine has to leave her building and walk half a mile to the West Campus building for the closest restroom she’s allowed to use. Not all white characters are prejudiced and some are even willing to take a stand on behalf of black folk. One particular scene with Katharine’s boss, Al Harrison, played by Kevin Costner (Black or White, Dances with Wolves), still brings tears to my eyes.

The audience appeal is pretty large. Anytime a movie gets an audience to clap for its protagonist during the movie; it has to be good. In the showing I attended, my audience not only applauded for actions during the film, but also during the credits as each woman was acknowledged; both the actor and the historical person.

The acting was fabulous. Spencer, Henson, and Monae were perfectly cast. Henson, after she was cast, interviewed the 98 year-old Dorothy Vaughan to get her perspective. Vaughan was able to attend an advance screening and approved of Henson’s portrayal, but wondered why anybody would want to see a movie about her. Glen Powell, who played John Glenn, was the epitome of the John Glenn we know historically.

I am really, really nit-picking here. This movie is based on a true story, not recreating a true story. I could tell when the movie was dramatizing real events as opposed to telling it exactly the way it happened, but they did a pretty good job of not exaggerating the story beyond believability or historical accuracy. I don’t think most people in the audience would pick up on that.

Dorothy made a morally ambiguous gesture in “borrowing” a book from the white’s only library that was necessary for her to stay ahead of the IBM computer NASA was installing. There were no repercussions of that action and she was not shown returning the book. I have no idea if the historical Dorothy returned the book or not.

This may be the best movie of 2017. I hope there are others just as good, if not better, but “Hidden Figures” has set the bar very, very high. It is rated PG for thematic elements and some language, but I would freely take younger children to see it. There is a deep-rooted dark side in our humanity that continues to judge people on their gender and the color of their skin. The messages of this movie cannot be communicated enough. I rate the film a solid five out of five gestures of acceptance. My lovely wife rates it five out of five crowbars (you’ll understand when you see it). And my wonderful daughter rates it five out of five pearl necklaces. 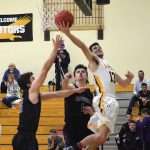